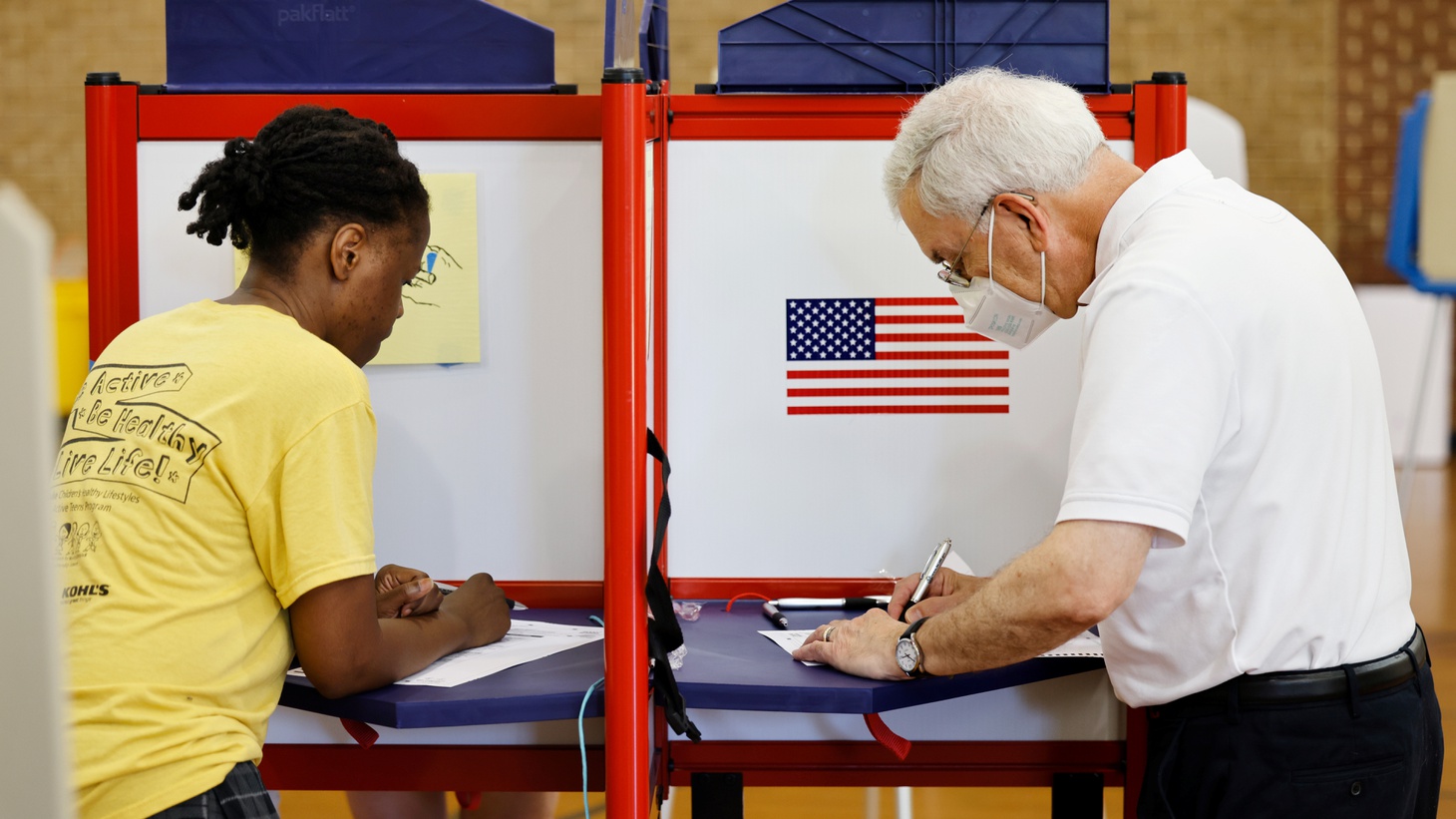 A woman and a man mark their ballots at a voting site during primary elections in Chapel Hill, North Carolina, U.S., May 17, 2022. Photo by REUTERS/Jonathan Drake. Photo by Shutterstock.

North Carolina voters passed constitutional amendments in 2018 that aimed to make voting tougher. One required a photo ID to vote, and another put a cap on taxes. But the lawmakers who put them on the ballot may have been elected illegally, according to the North Carolina Supreme Court. They may have come from legislative districts that were unconstitutionally gerrymandered.

“There is a percentage of districts in North Carolina that … were drawn in a way that deprives people of the right to vote, and these are racially gerrymandered districts. And they're so racially gerrymandered that in fact, they're unconstitutional. The question is, though, you have all these lawmakers, you have laws that need to be passed, what are we going to do?” says Jessica Levinson, professor at Loyola Law School.

She explains the state Supreme Court’s decision: “These lawmakers can pass legislation … [and] put on the ballot some constitutional amendments, but maybe not all.”

She compares it to someone getting a job through a tainted hiring process. “This is akin to saying, okay, this person can make day-to-day decisions [like] how much paper to order, how many staplers. But they can't make big decisions about the company, and particularly big decisions that might make it easier for people like them maybe to keep their jobs as a result of nepotism.”

Also, why is Florida Governor Ron DeSantis’ “Stop Woke Act” being challenged in federal court? And is South Carolina Republican Senator Lindsey Graham protected from answering questions about his role in former President Donald Trump’s scheme to overturn the 2020 election in Georgia?