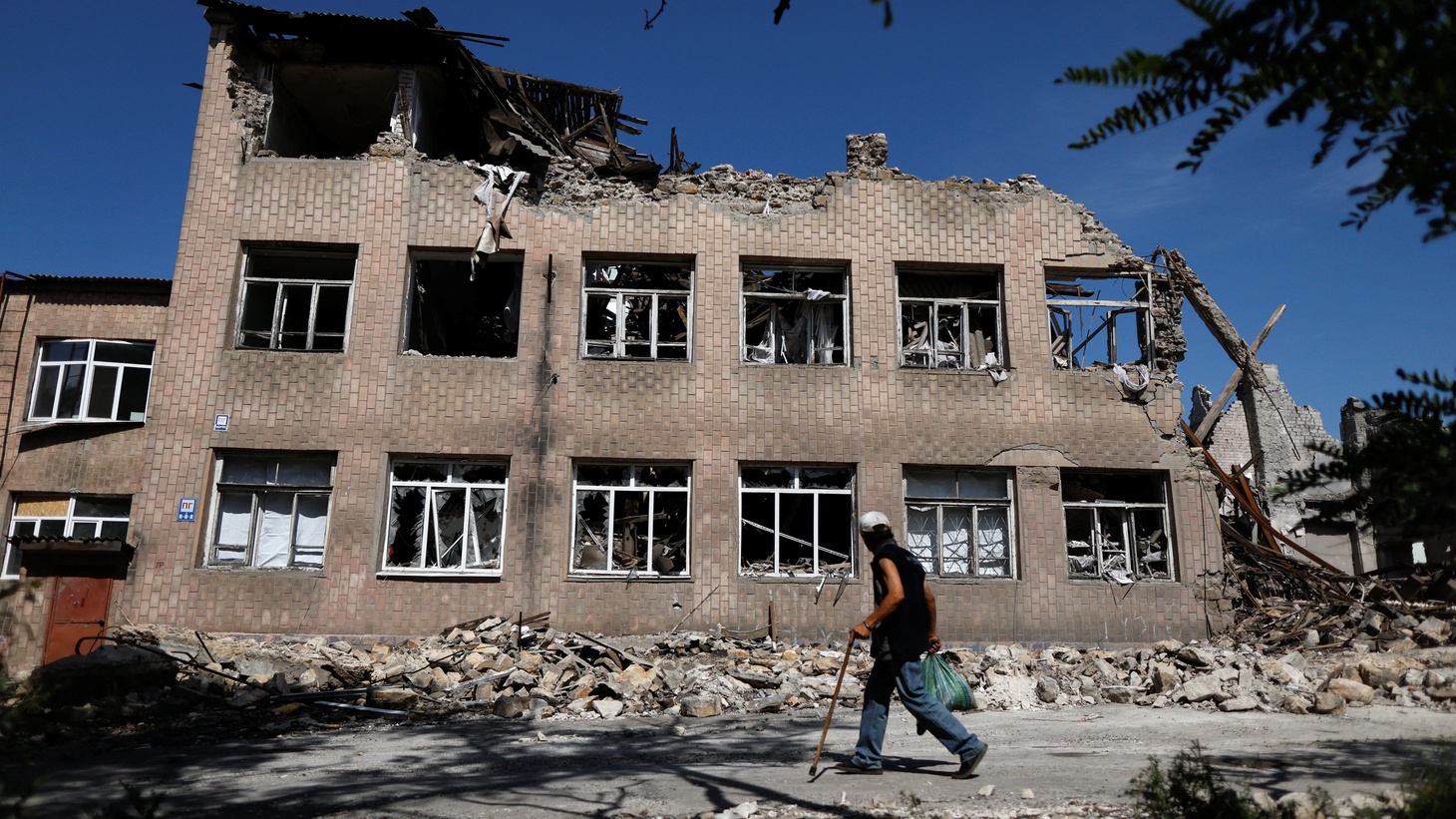 A man walks near a destroyed school, as Russia's attack on Ukraine continues, in Toretsk, Donetsk region, Ukraine, August 22, 2022. Photo by REUTERS/Ammar Awad.

Wednesday marks six months since Russia invaded Ukraine. The anniversary falls on Ukrainian Independence Day, when the country vowed to leave the Soviet Union in 1991. Currently, the two sides are fighting close to the Zaporizhzhia nuclear power plant, the largest in Europe. Nearby residents have fled over fears of a Chernobyl-like disaster. Meanwhile, a car bombing in a ritzy Moscow neighborhood has killed the daughter of an important ally to Russian President Vladimir Putin.

Looking ahead, a stalemate and war of attrition is more likely than major gains on either side, says Charles Kupchan, senior fellow at the Council on Foreign Relations.

He says what makes him anxious is the solidarity shown by the NATO alliance, led by the U.S.

“The Russians are getting hit with punishing sanctions, the arms are flowing to Ukraine. NATO has reinforced its eastern frontier, and it's about to integrate Finland and Sweden. It's a story of very significant determination. But beneath the surface, as we head into our midterms, one has to ask: What's the blowback politically here in the United States?” he says.

He continues, “What's going to happen in the winter … when Germans can't heat their homes or run their factories because they don't have enough gas? And suddenly, the generosity that they showed to millions of Ukrainian refugees starts to dry up. Now, none of that may come to pass. But I do think we need to have a serious conversation about whose side time is on, and whether the West will continue to demonstrate its current level of resolve.”