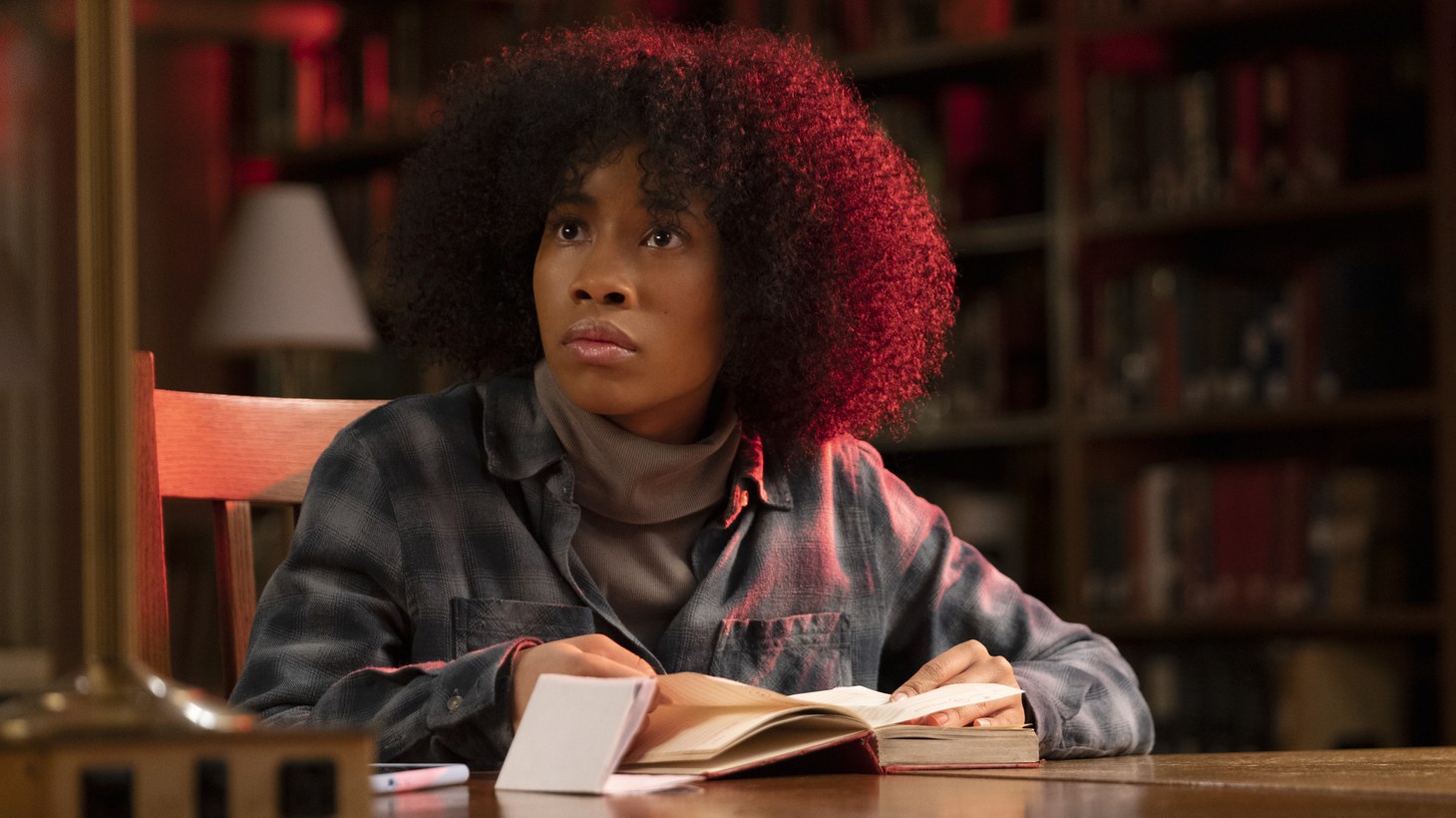 The new film “Master” (Amazon Prime) follows three Black women at a haunted fictional liberal arts college in New England. But the movie’s real horror is racism that the main characters experience on campus. Two are professors, portrayed by Regina Hall and Amber Gray. The third is a freshman, played by Zoe Renee.

Writer and director Mariama Diallo tells Press Play that the title is derived from her experience living on campus at Yale, where heads of residential colleges were called masters. (The title was changed in 2016.)

“The role is a mash-up of a dean and an RA [resident advisor]. The masters …lived in a building connected to the dorms. They're meant to be this bridge between students and the administration or the faculty,” she explains. “The perversity and just complete bizarreness of that [term] was really driven home to me one afternoon when I ran into the master of my residential college a few years after I graduated. I just found the word to be really fascinating and powerful and multifaceted.”

Hall plays Gail Bishop, the first Black woman to hold the position of master and is in charge of the building where Renee’s character Jasmine Moore lives. Gray plays Liv Beckman, a fellow faculty member and friend of Gail’s.

Diallo says that at the core of the film is how each main character supports, and doesn’t support, one another. Jasmine constantly endures microaggressions and eventually outright racism at the predominantly white institution. She turns to Gail, who isn’t much help initially.

“One of the things that [Jasmine] feels really strongly [about] is the way that she doubts what she's going through. And that same anxiety of not even knowing whether or not you can trust yourself and trust what you see with your own eyes,” she says. “A lot of what Jasmine is experiencing and trying to even bring up with different characters gets dismissed or put down or not really fully understood, including by Gail.”

Diallo says the film also touches on what support in the Black community can look like, especially when people are inadvertently pitted against one another. That’s especially visible when Liv applies for tenure, and faces a challenge to her application.

“There's a way in which the two of them are positioned against each other as the only Black women, and Gail is thrust into this position of being a gatekeeper against Liv,” Mariama explains. “You get his gladiatorial battle royale where you're the one who made it, but you have to now be the one to shut somebody else out. And so as we go through the film, we see Gail and Liv’s relationship takes a number of different turns. … There’s also the different ways that they're responding to the external pressures of their environment.”

In “Master,” Regina Hall (L) and Amber Gray (R) are two Black faculty members who are pitted against one another during the tenure process. Photo courtesy of Amazon Studios.

Diallo pulled inspiration for “Master” from her experiences at Yale, including some of the microaggressions and social dynamics seen in the film.

“I had to look at stuff that I had purposely ignored while I was going through it,” she explains. “One of the things that was really seductive for me as a teenager was what [Yale] marketed … the age of the institution, its history, its wealth.”

She adds, “All the things I wanted from a school like that … kept it mired in a very unhappy part of its past. … I do just have to live with what I chose, and I think that my way of processing it and working through it was to make this film.”