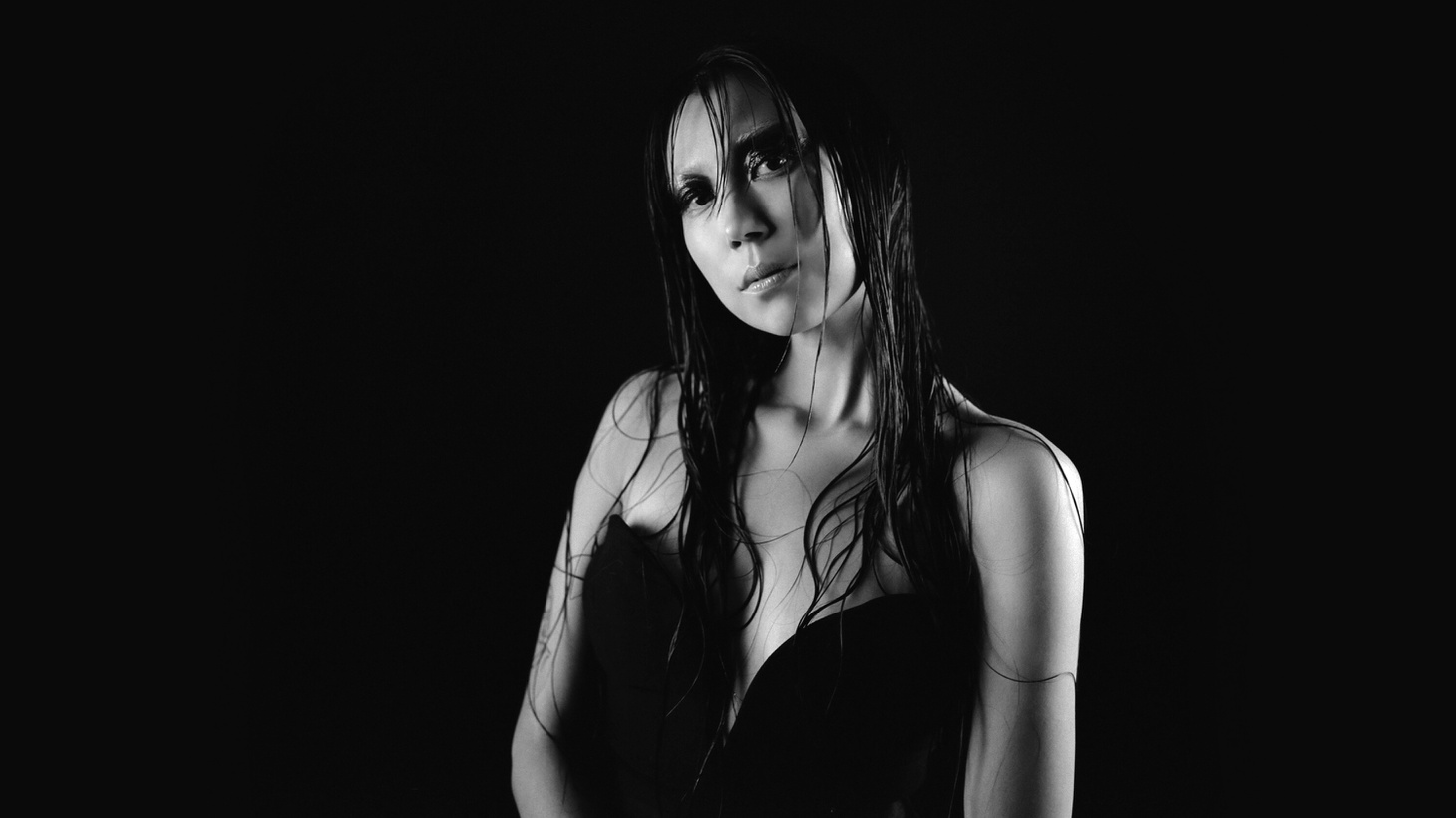 “Releasing this violent and aggressive energy is anti-violent because art is a really special way to release toxic emotions without actually acting in a toxic way. And that's why I love moshing so much. That's why I love rock shows so much,” says Sasami. Credit: Angela Ricciardi.

LA-based musician Sasami’s new album, “Squeeze,” is a mix of her indie-rock roots plus a new influence — metal. The genre came to her right before the pandemic began two years ago. As the world began to crumble, from COVID and the Black Lives Matter protests, the rage and emotion of metal music stuck with her. She’s now screaming out her emotions on tour.

“I come from a background of classical musical training, and screaming is just this very animalistic outlet of expression that is the antithesis of all of my training,” she tells Press Play.

She says she sees herself as a composer first and foremost, and as a student of whatever genre she’s interested in, but she knew she wanted to make a “heavier album.”

“I wanted to make an album that was drawing from this palette of frustration and rage and anger, and less kind of sorrow and solemnity and melancholy. And with a different emotional palette comes a different sonic palette. So it just came naturally, really.”

She sees her new album as a way for people to have a cathartic experience, like what people would see and feel when watching a feature-length film.

“If you watch a horror film, you're having this somatic experience of horror and fear and thrill, but no one's actually being harmed. And I think that heavy rock and metal have that same ability to open up these emotional experiences without anything actually violent happening. And that's why I was really drawn to this more aggressive violent music.”

The link between religion and music

Sasami was born in El Segundo and attended the Colburn School, where she played the French horn. Her family was part of the Unification Church, a religious movement that started in South Korea by the Reverend Sun Myung Moon.

“I grew up singing in the church choir. … Part of the ceremony of the church was this acoustic folk versions of pop songs, but rerouted as Christian songs. So I grew up in a very, very musical and artistic environment being in the Unification Church.”

How does her aggressive music sit with her parents now? She says she had to “give the dissertation” to her dad before making the songs public.

“His whole life is dedicated to peace and love and harmony. And I wanted to just really explain to him that the album isn't pro-violence. … Releasing this violent and aggressive energy is anti-violent because art is a really special way to release toxic emotions without actually acting in a toxic way,” she says. “And that's why I love moshing so much. That's why I love rock shows so much. Because you can just feel everyone shedding this energy that maybe would have manifested in a more negative way outside of the rock club.”

She adds that for many people, music is a religion, and they attend shows to have a ceremonious experience with others who share the same values.

“I can't knock anyone's choices for how they get to that transcendent place. I just pray that it's nu metal.”

Sasami is performing in LA on April 13 at the Teragram Ballroom.