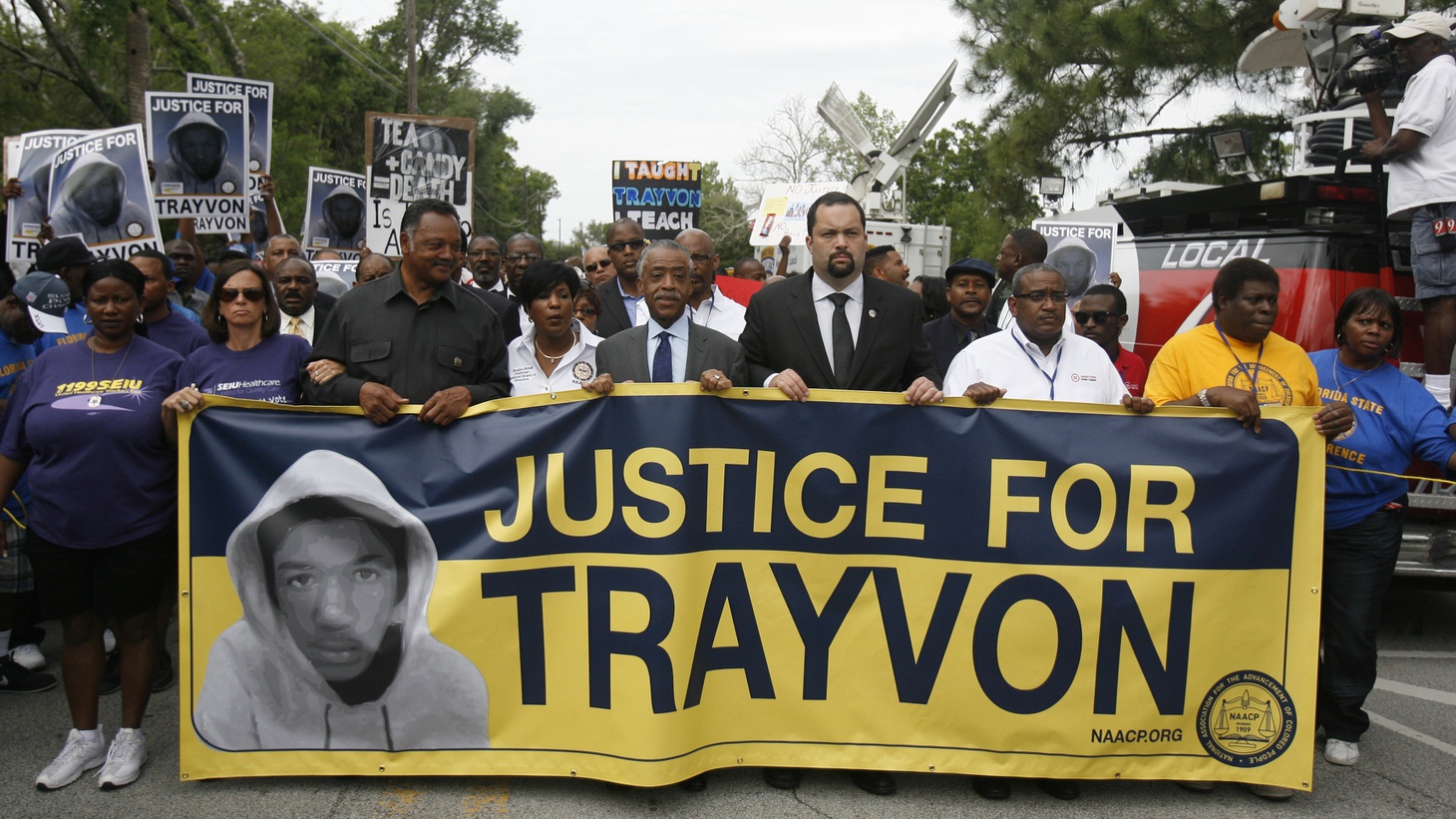 The book came out ahead of the 10th anniversary of Trayvon Martin’s death, which was February 26. The 17-year-old was killed in Florida by George Zimmerman, a member of the neighborhood watch group, after going to the store, dressed in a hoodie, to buy Skittles. The death, Zimmerman’s trial, and ultimate acquittal of murder became the catalyst for the Black Lives Matter movement.

In March 2012, a month after Martin’s death, Sharpton went to Florida to hold a rally. He says when he met Martin’s parents, they told him that Zimmerman killed their son out of suspicion of wrongdoing, and Zimmerman wouldn’t even get arrested and tried due to a “Stand Your Ground” law.

“I was outraged because … you're legalizing a person to profile somebody, and based on their imagination, they could take their life. And that's when I called for a rally there in Florida to demand his arrest,” Sharpton tells KCRW. “And we ended up with about 10,000 people at the first rally in Sanford, Florida, and began bringing national exposure in a matter of weeks. … The prosecutor did, in fact, arrest and indict Zimmerman.”

Though Zimmerman was found not guilty of all charges, it galvanized a movement that pushed for justice for Michael Brown, who was fatally shot in Ferguson in 2014, and all the way to George Floyd, who died in Minneapolis in May 2020 after a police officer knelt on his neck for more than nine minutes.

“Now — it started with Trayvon. Trayvon was to this generation what Emmett Till was to the generation before.”

He notes that his movement isn’t a sprint but a marathon. “We've gone from Zimmerman acquitted 10 years ago, to now where we see three policemen convicted for not interfering with the killing of George Floyd. … And then we also see the federal hate crime on the three in Brunswick, Georgia in the Deep South. … Eleven whites on the jury [and] one Black convict their neighbors for killing Ahmaud Arbery.”

However, the George Floyd Justice in Policing Act and Freedom to Vote Act still haven’t passed the Senate, he notes. “So we've got to have our demonstrations reap legislation, and the battle continues 10 years later.”

The future of policing

Candidates running to become LA’s next mayor recently participated in their first live televised debate, and most said they wanted to boost police funding. What does that mean for activists calling for police accountability?

Sharpton points out that during the 1960s civil rights movement, people wanted all sorts of different approaches to police, including defunding, reappointing funds, and adopting stricter training. Some defended law enforcement as well.

“We will see where it goes. Clearly with the rise of crime, we need to have a balanced approach, but aggressive, where we hold police accountable, where police cannot do criminal acts unaccounted for,” he says. “But at the same time, it must be community policing, where we deal with gun violence and we deal with criminality. Blacks and Browns are disproportionately the victims of both police crimes and gun violence, and we cannot sacrifice one for the other, we must deal with both.”