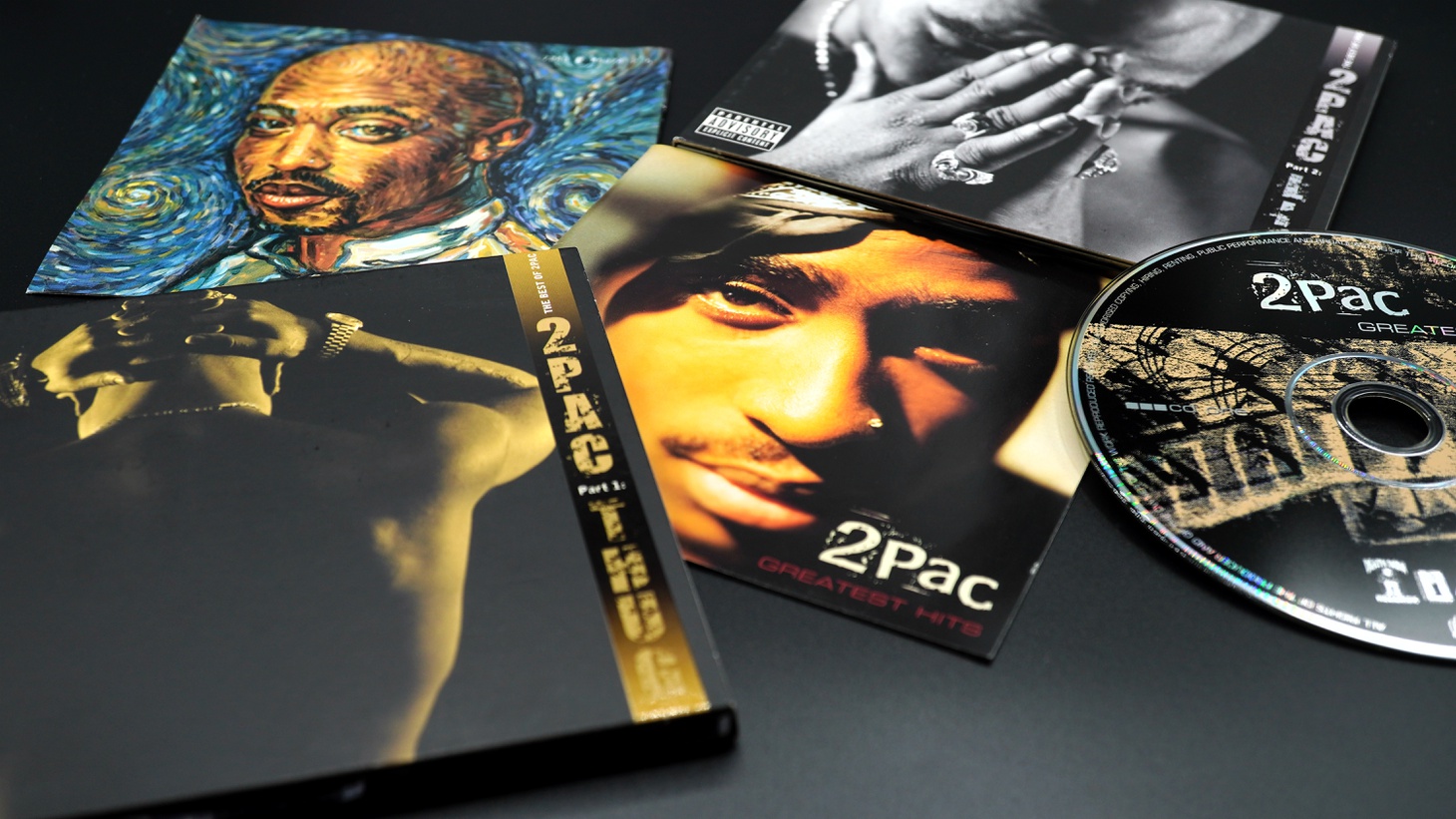 “Wake Me When I’m Free” is a new art exhibit at LA Live that pays homage to Tupac Shakur, who died in a drive-by shooting in Las Vegas in 1996 when he was 25 years old. The crime has never been solved, and at the height of his popularity, Tupac’s early death made him even more revered for both his music and political activism.

The exhibit runs until May, delving into lesser-known parts of Tupac’s life, such as his early years with his mother — former Black Panther Afeni Shakur.

“There's no one way to talk about this guy,” says Justin Tinsley, senior culture writer for ESPN’s “The Undefeated,” and host of the “30 for 30” podcast.

He continues, “Of course, you can focus on the music, which was powerful. It was emotional, it was tragic. And then you look at his movie career, and then you think about the controversy in his life. I just became so enamored with who he was from a very young age that just learning about him in the quarter-century since his passing, it's been one of the most influential and necessary paths that I've taken that have led me to the career that I have right now.”

Mother and son stick together, even in death

Tinsley tells KCRW that Tupac had an unbreakable bond with Afeni Shakur. When he got in trouble as a kid, she made him read the entire New York Times and return with a report — a kind of upbringing that always stayed with him. And when he got older, he ended up being a drill sergeant to Afeni, urging her to get her life together following her drug addiction.

“Dear Mama” is Tinsley’s personal favorite rap song of all time, he says. “I don't think there's ever been a more beautiful, vulnerable, and transparent ode to a parent in music history. … They went through hell, and they never left each other, even in death.”

Tinsley’s own mom connects to the lyrics too, and uses “Dear Mama” as her phone ringtone. “It's an emotional experience for her listening to that song because while she may not know everything about Tupac, she felt the power and the passion behind that song.”

While Tupac wrote tenderly about his mom and Black women in general, he was convicted of sexually abusing a woman in 1994, and spent nearly a year in prison.

This case redirected the musician’s life, Tinsley explains. “It was a situation that he admittedly put himself in. And sometimes that is hard to reconcile. … It's something I'm willing to say — I haven't totally figured out but I know it's a conversation that needs to be had.”

When Tupac was released from behind bars, he came out with the album  “All Eyes On Me.” He had signed with Death Row Records, which was the biggest and most feared label at the time, Tinsley says.

“There was an element of violence too that came with Death Row. So when you listen to that music, it's a lot more of a paranoid Tupac talking about all the injustice that he's faced in his life, and he's a lot more combative.”

This was the sound of a man who had a million thoughts simultaneously running through his mind, and his final year of life was filled with anger, though it was incredibly productive music-wise, Tinsley points out.

Tupac left behind a big influence on rethinking systemic racism, incarceration, and how the U.S. treats young Black men. Tinsley says the artist “saw the Black experience for what it was,” having read Malcolm X, James Baldwin, and Maya Angelou from a young age, and those teachings permeated his life and music.