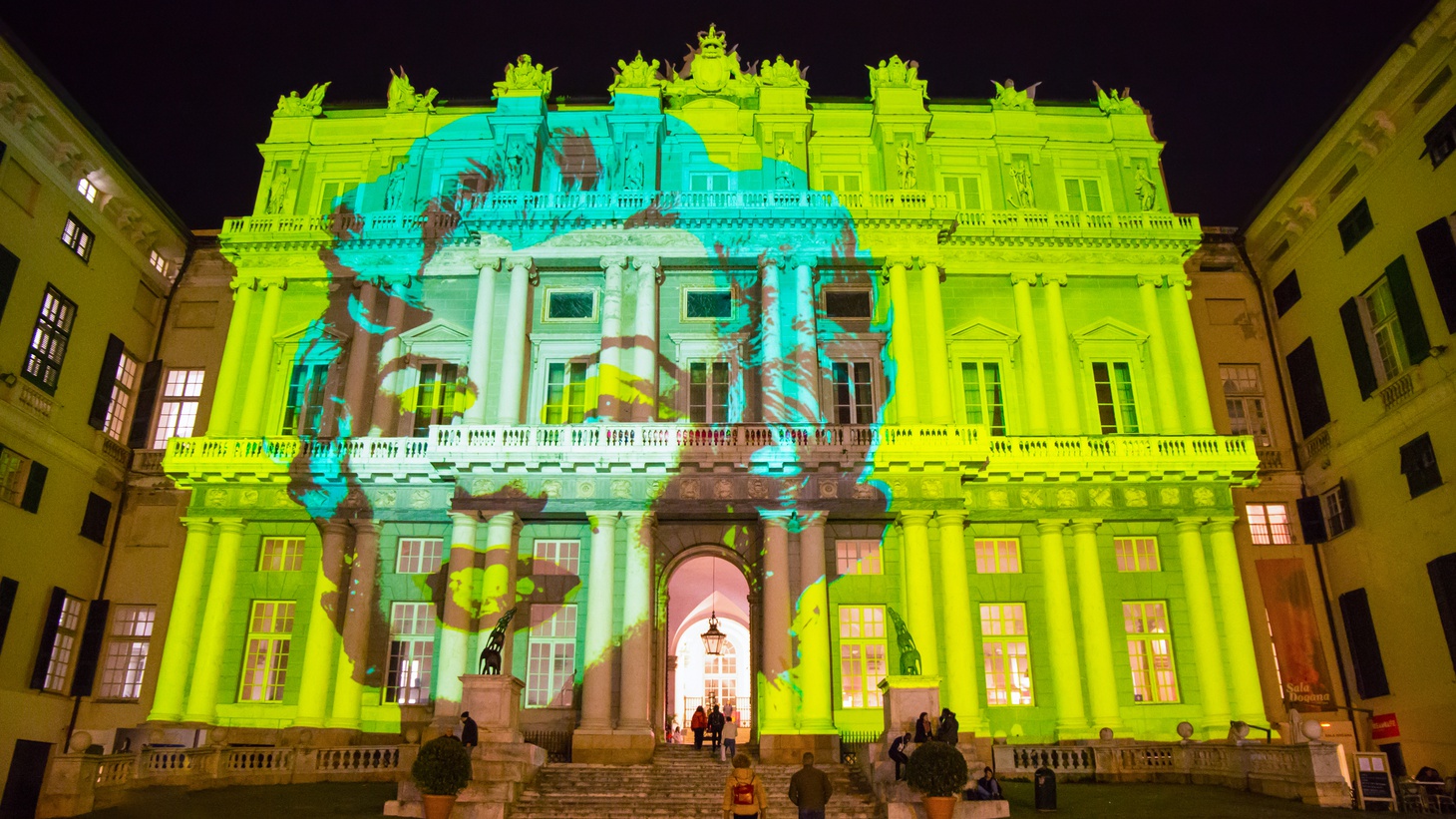 The Palazzo Ducale in Italy hosts a show dedicated to Andy Warhol, with Marilyn Monroe’s face projected onto the building’s exterior. Monroe became a friend of the artist. December 28, 2016. Photo by Shutterstock.

Andy Warhol made a silkscreen portrait of Marilyn Monroe that has sold for $195 million. It’s an auction record for an American artist. The 1964 portrait was made after Monroe’s death and is considered one of the most recognizable paintings in history. Warhol’s earlier silkscreen portraits of the actress were made with bright backdrops in bright colors such as orange, blue, and green. Each one sold for a little more than $200.