Written by Amy Ta, produced by Bennett Purser May. 10, 2022 Politics 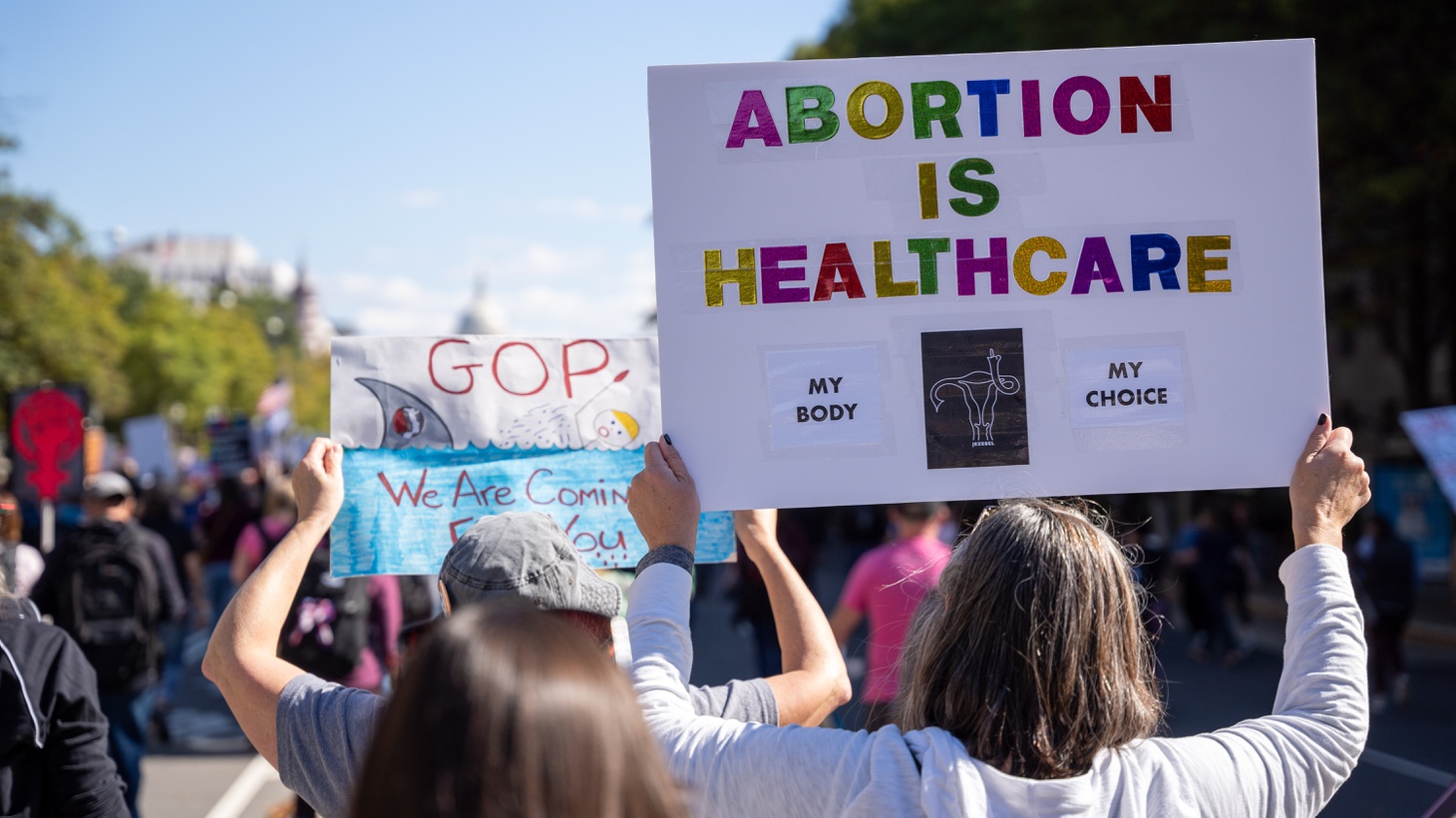 An activist holds a sign that pushes for abortion rights during a march in Washington D.C., October 17, 2020. Photo by Shutterstock.

If the U.S. Supreme Court overturns Roe v. Wade, there could be a silver lining for California Democrats. They’re hoping the move will help them in the midterm elections — that women will be animated like they were when Donald Trump was elected president.

“Even beyond the specific dynamics of these House races, the larger dynamics that are going to be driving voters to the polls and informing voters’ decisions … [will be] the abortion issue and the way it plays out in California, and the way Democrats respond to it,” says Jeremy White, California politics reporter for Politico.

He points out that unlike other states, abortion in California is nearly a settled issue, even in swing districts like Orange County, so voters will unlikely hear Republicans running hard on overturning Roe v. Wade, while Democrats will make abortion rights a big issue.

He adds that the state legislature and governor are already trying to put an initiative on the November ballot to constitutionally enshrine abortion rights in California, which will likely rally voters.

President Joe Biden says inflation is his top priority, which mirrors what Republicans have been focusing on in their midterm campaigns.

White points out, “The contours of the election … have been a referendum on Joe Biden, and how voters feel about inflation and how they feel about the job that the Democrats, which is to really say Joe Biden, have done in control of government. … To the extent that this could potentially take this election from how voters feel about Joe Biden … to do voters want door A or door B on abortion, I think it really has the potential to change the contours of a lot of these races.”

He notes that while abortion is expected to increase voter turnout for Democrats, it could also galvanize Republicans who want to help cement the Supreme Court’s likely overturning of Roe v. Wade.

“There are potential upsides for both parties on this issue, in terms of rallying their base. And of course, that could mean potential downsides for the opposing party that ends up on the wrong side of that.”