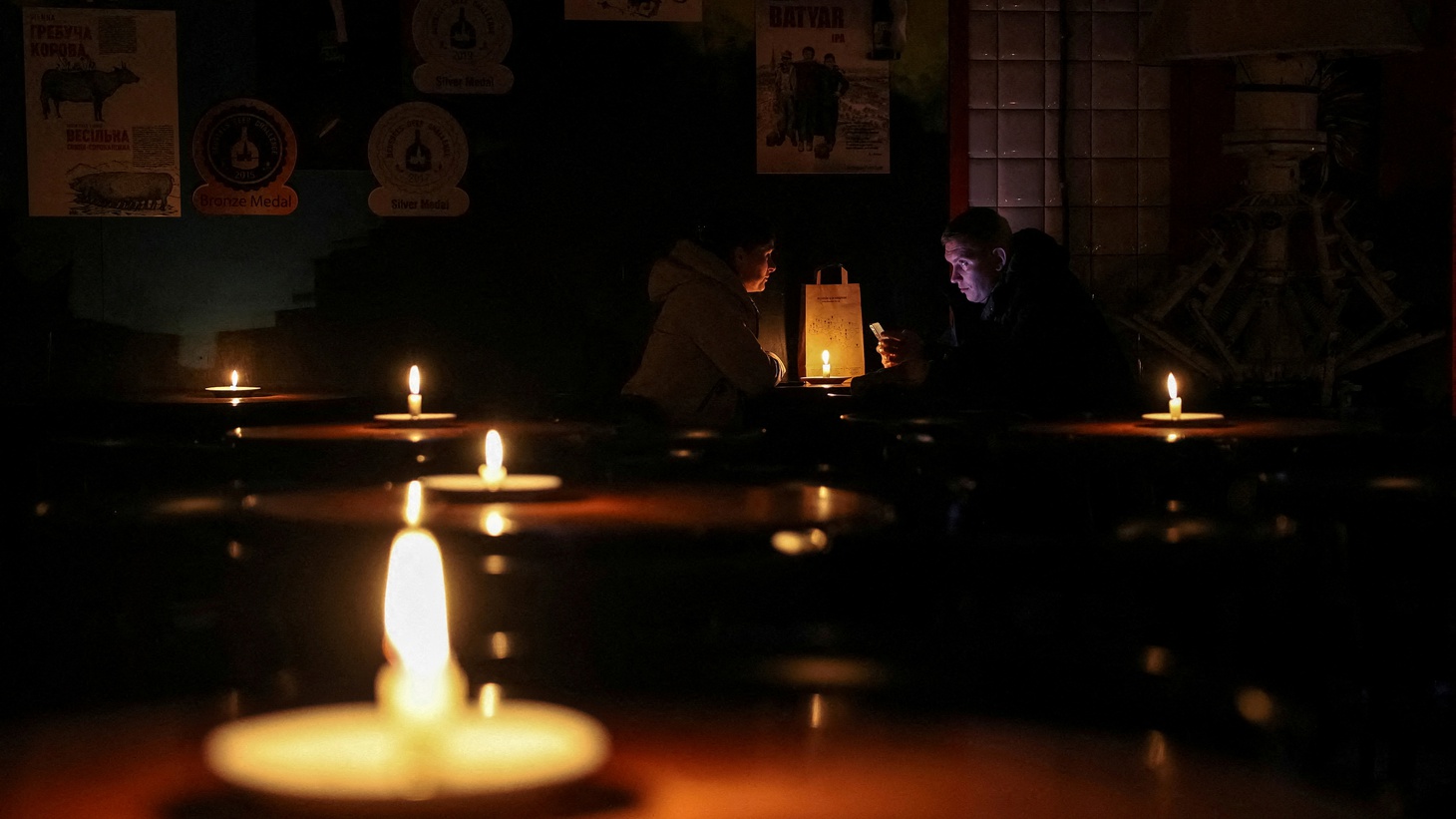 People sit in a pub lit with candles during a power outage after critical civil infrastructure was hit by Russian missile attacks, as Russia's invasion of Ukraine continues, in Lviv, Ukraine, November 24, 2022. Photo by REUTERS/Roman Baluk/File Photo/File Photo.

“You're living in a major European city of several million people, which is almost entirely plunged into darkness. … People are walking around the streets, using their smartphones to light the way,” The Wall Street Journal’s Matthew Luxmoore says of Kyiv. “In my apartment building, which is a very old building, we have a staircase … and when the lights are out, you really feel like you're in some kind of World War II movie, or you've literally been taken back 150 years in time.”

Fortunately, Luxmoore says he hasn’t seen reports of widespread looting, and in fact, people are uniting. “When there's no power and light and no water as there was last week, it forces people to stay together and rely on each other a lot more. So I think it's actually drawn a lot of people together. Maybe neighbors who never spoke to each other before — are now lending each other lamps and other things.”

All of Ukraine currently has about 5,000 power and heating centers, and the government is pushing to have these operating in as many locations as possible, he notes.

Luxmoore says there are now two dimensions to the war in Ukraine: “One is … the military campaign on the ground where Russia is essentially ground to a halt. I mean, it has had no significant victory since the summer. And Ukraine, as we've seen, has managed to retake a lot of territory and put Russia very much on the backfoot. So these missile strikes and earlier the drone strikes against Ukrainian infrastructure and also some civilian objects — is the second dimension to the war, where Russia is trying to … sap Ukrainians’ morale, and perhaps pressure the government to come to the negotiating table. But we're not seeing any evidence in Ukraine that this strategy is bringing the kind of results that Russia may want it to bring.”