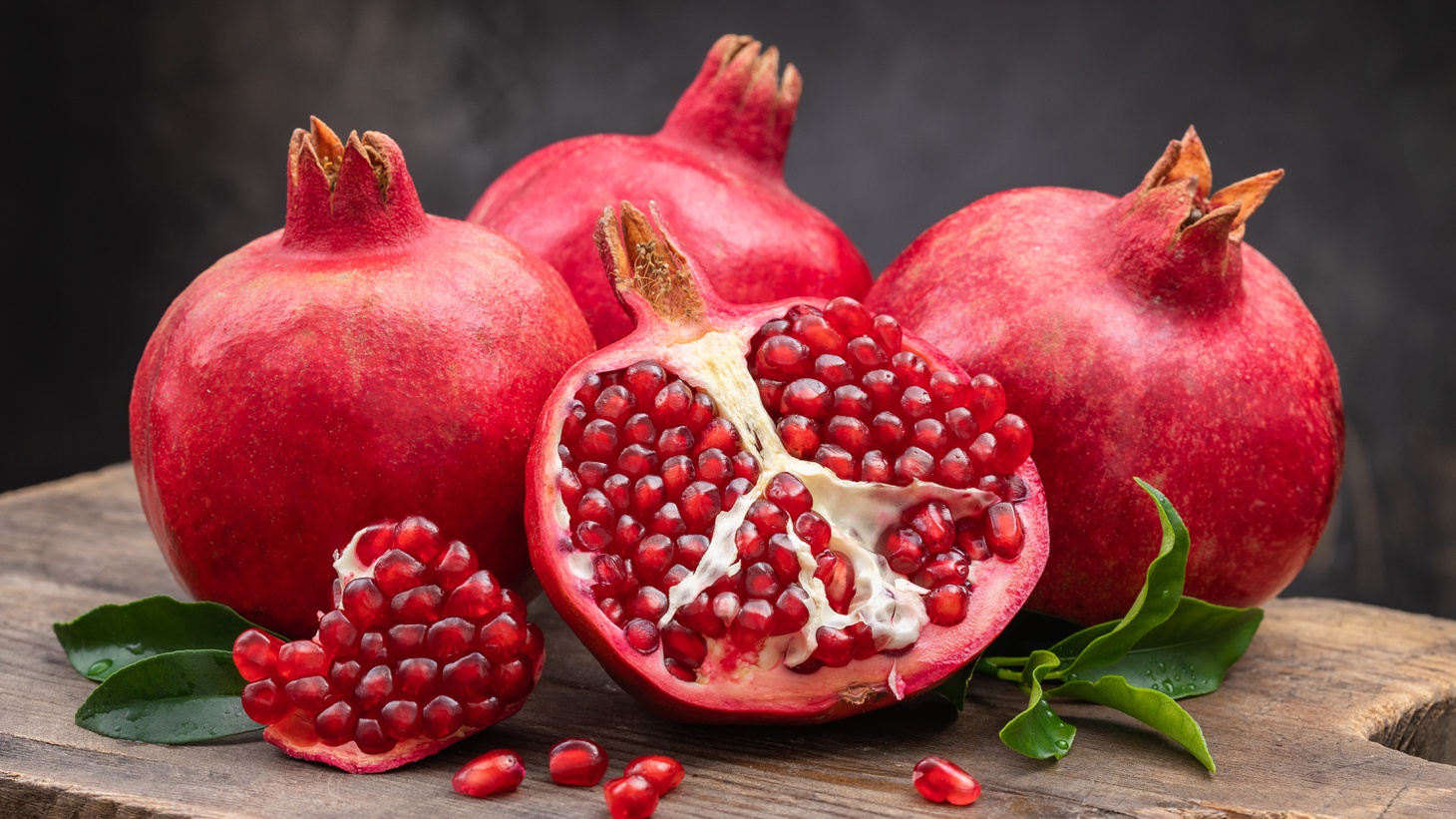 Pomegranates are much more than fodder for holiday table displays. Photo by Shutterstock.

Pomegranate season is in full swing in California, where most of the fruit for the country are grown. The season runs from October to February, so there is plenty of time to practice seeding your own and expanding your repertoire. Pomegranates are so much more than just fodder for holiday table displays. During the season, I eat them several times a week. Once you know how to open them up and reveal the seeds without having to pick through all the white membrane that protects the arils (another word for seeds), they are as satisfying a snack as popcorn. You get the same kind of satisfaction picking out each seed and popping it in your mouth. But along with that characteristic hit of sweet and sour flavor, you’re also eating a good amount of fiber and antioxidants, as well as some Vitamin C and K.

The pomegranate probably originated in Persia, as in the expansive Persian Empire, which means it’s native from Iran to the Himalayas in Northern India, and has been cultivated since ancient times. It came to California in 1769 with Spanish settlers, of course. So we can say it’s ours as well.

Obviously pomegranates make fantastic juice. I love to drink it directly from the whole fruit. In Farsi, it’s called Ablamboo, when you carefully break all the arils inside the pomegranate without breaking the skin. Then you can cut a slit and insert a straw, or do as I was taught and bite into it and suck the juice out like a vampire. As for seeding the fruit, I don’t like banging on a cut half over a bowl or holding it under water. I end up making more of a mess. Instead I cut around the top, pull it off, then follow the architecture of the pomegranate, making shallow cuts along its bumps. Then I just pull it open and the seeds are there for the taking.

Cooking with the juice and/or pomegranate molasses is something everyone should do. The sweet-sour flavor that is so unique is revealed at its best in recipes from the Caucasus, Iran, and the Middle East. Instead of making hummus, the next time you want a vegetarian dip, try making muhammara, a paste of crackers and roasted peppers enhanced with garlic and pomegranate molasses 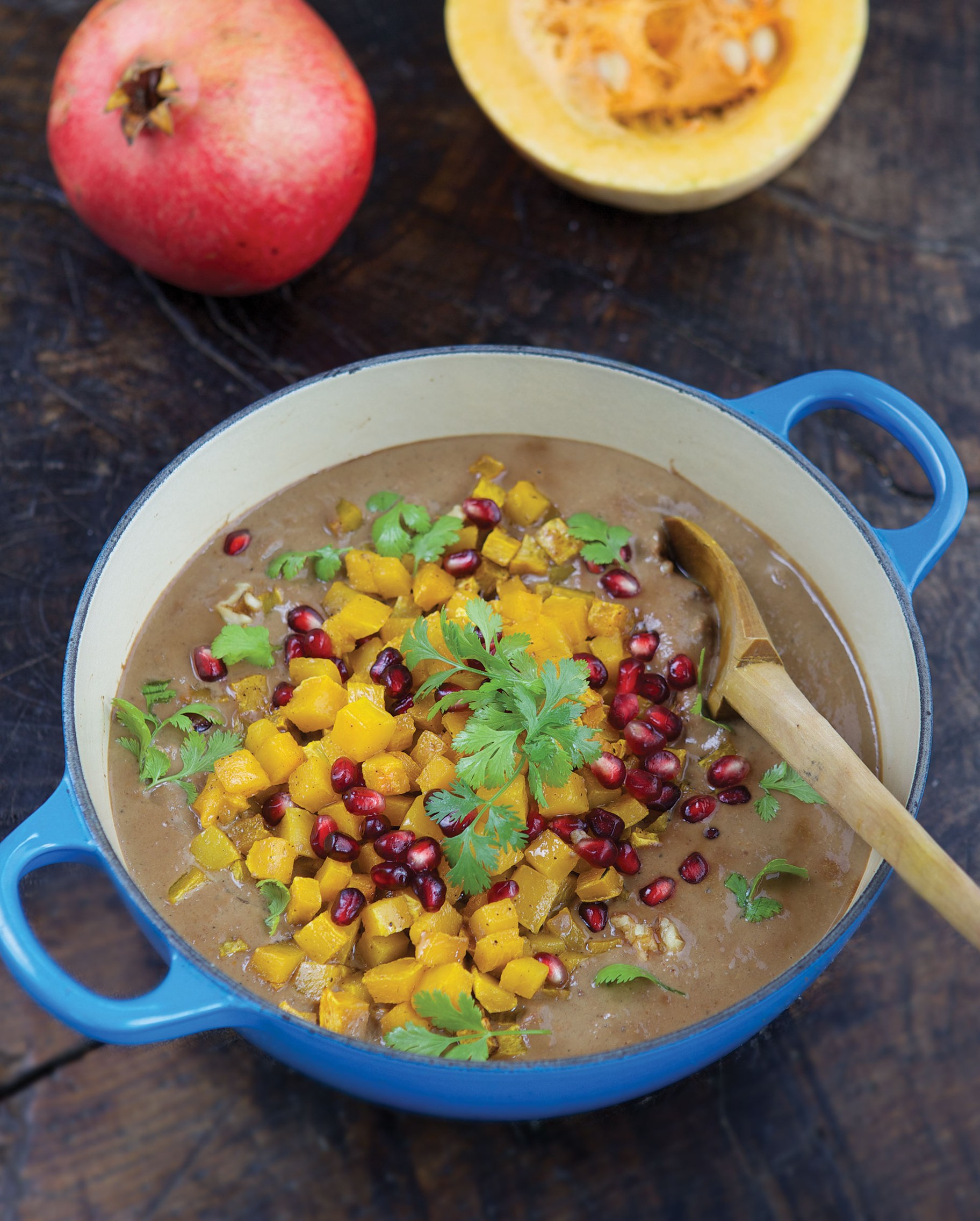 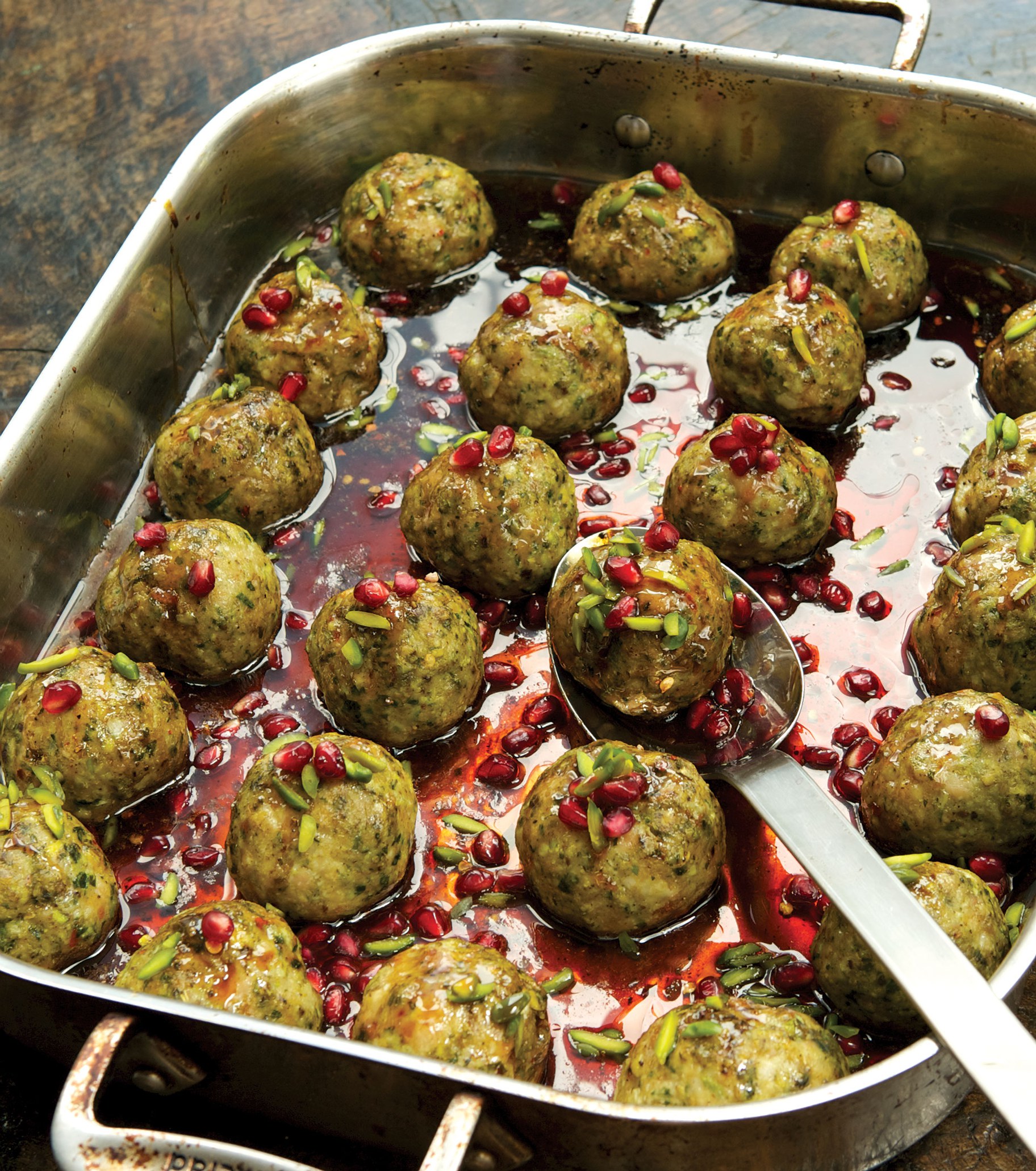