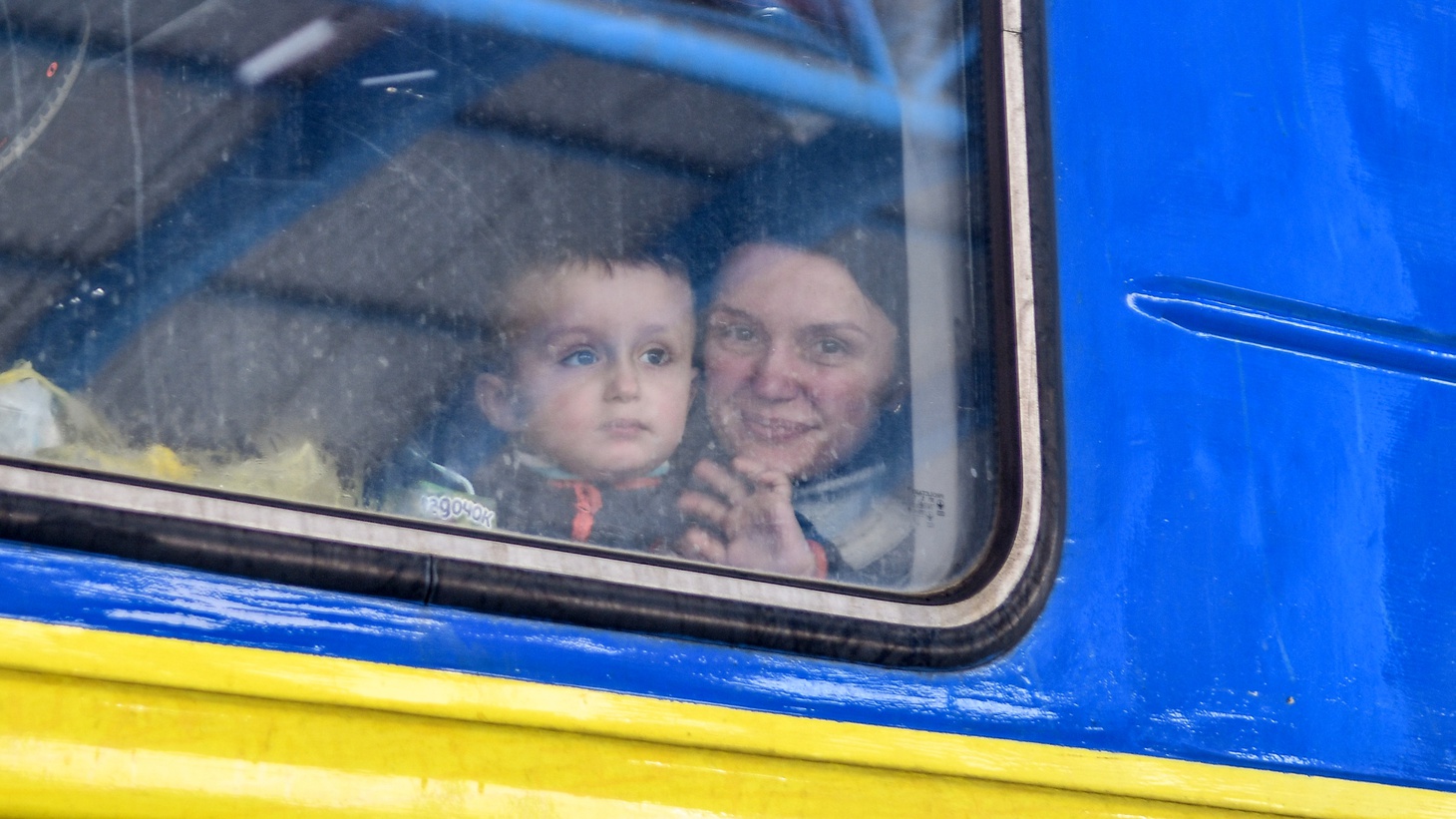 A woman with a boy is seen on the evacuation train, Zaporizhzhia, southeastern Ukraine on March 7, 2022. Photo by Dmytro Smoliyenko/Ukrinform/NurPhoto

President Volodymyr Zelenskyy is again asking NATO to impose a no-fly zone over Ukraine. So far, NATO leaders have refused, fearing it could lead to a direct conflict with Russia.

The situation in the region is growing increasingly dire. Over the weekend, planned ceasefires in the port city of Mariupol quickly collapsed, preventing citizens from escaping the intense fighting there. The city’s mayor is warning of a humanitarian crisis, with residents trapped for days without heat or electricity, and little food and water.

As Russia continues its invasion into Ukraine, organizations in California are trying to make a difference. That includes Kidsave, a non-profit in Culver City. It’s operated in Ukraine since 2016, working with families to help them get to safety.

Teams on the ground have been using personal cars to get families out of harm’s way and to a rescue center in an undisclosed location. Starting with just two people and their vehicles, 28 cars are now being used throughout Ukraine. Once they arrive at the center, buses transport people to whatever border they can safely get to. In total, teams have gotten more than 1,000 people to safety. That’s all according to Randi Thomspon, president and CEO of KidSave.

“Every day is more dangerous. They said we thought we'd get used to the sound, but they're being shelled. We're seeing people on the side of the road, citizens that have been killed in their own cars,” Thompson explains. “Our people are not taking main roads. So you have a journey that could be 600 miles and by the time they can actually do it, they've had to go at least 1,200 miles.”

Currently, KidSave is working to evacuate a group of 150 kids from orphanages in the Mykolaiv area. Next, they’ll try to evacuate people from Odessa.

KidSave is receiving donations via its website, and every dollar is going to directly help Ukrainians.