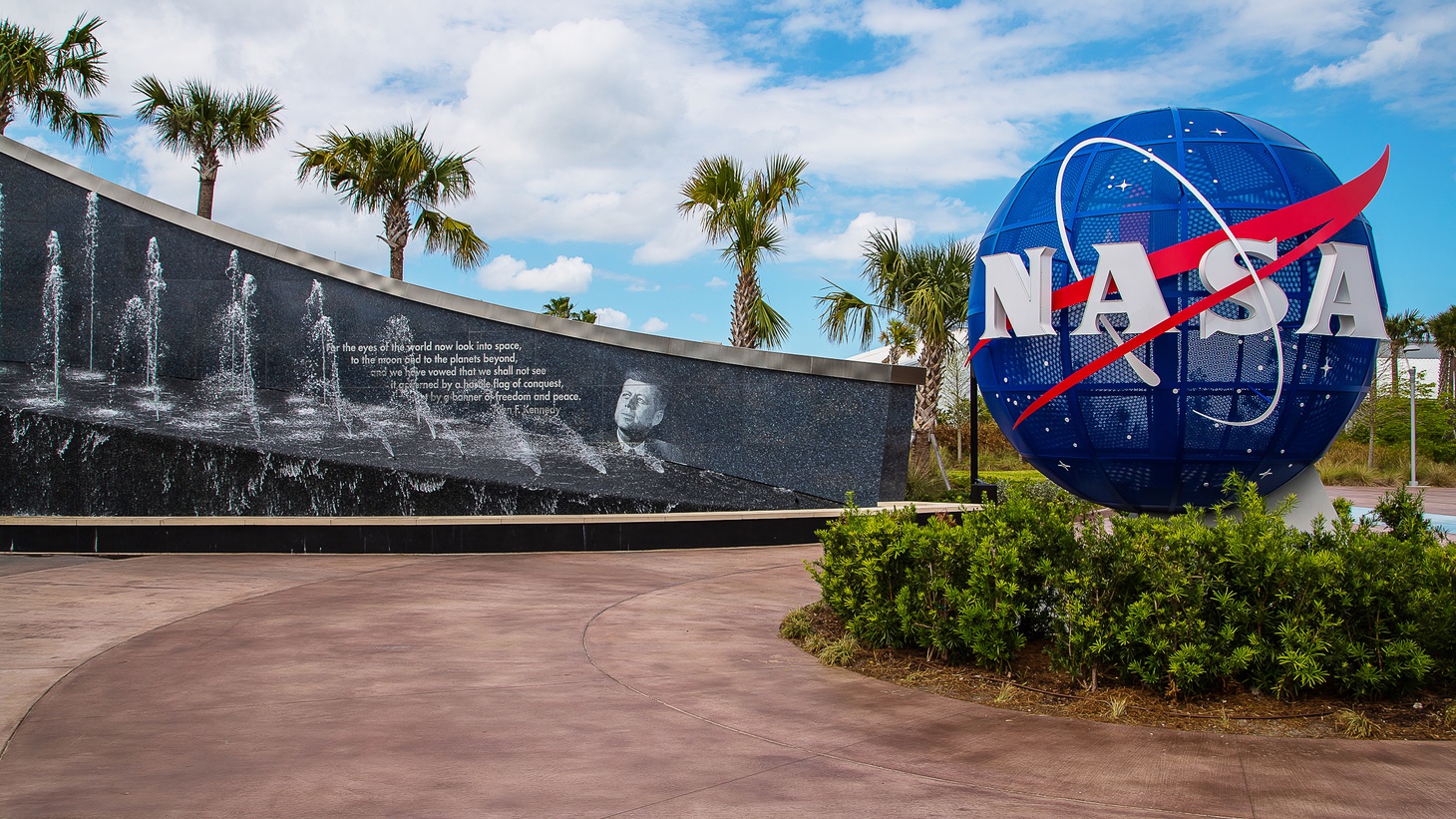 The NASA globe is seen next to the Kennedy memorial at the Space Center in Cape Canaveral, Florida. Photo by Shutterstock.

Lots of good news came out of the science world this year. KCRW breaks down the innovations with Laura Helmuth, editor-in-chief at Scientific American.

Scientists at the Lawrence Livermore National Laboratory in the Bay Area used lasers to harness the power of the sun.

“What they managed to do is create ignition, which is a term for when you have a nuclear fusion reaction that produces more energy than it takes to start,” Helmuth explains. “The reason this is so exciting is it's the energy that fuels the sun, so we have a fusion reactor up in the sky right now. And that's what scientists are hoping to recreate in the lab. So this was a big step.”

“It almost immediately started identifying really, really old galaxies, from basically right after the Big Bang [and] within 300 million years or so of the Big Bang,” Helmuth says. “[It’s] a lot earlier than astronomers expected to see galaxies that look like ours. So they're rethinking, how did the very, very early universe work? And what does it take to make a universe that looks like ours does?”

As part of NASA’s planetary defense strategy, the Double Asteroid Redirection Test (DART) successfully moved an asteroid off its course.

“This is a dinky asteroid, it wouldn't have killed us. And it was really a proof of principle. But it does show that if an asteroid is coming for Earth, there is a way to just smash into it, and move it into a different direction, and potentially save us from a mass extinction.”

“These new messenger RNA viruses are pretty straightforward to tweak, to tune them to help our immune system recognize whatever the next variant is. … They're working beautifully. They're really helping people to not die from this disease.”

“Now they're starting to be used off-label, and it looks like pretty soon they'll probably be allowed to be prescribed specifically for people with obesity. So this isn't for just minor weight loss. If obesity is proving to be a health threat for anybody, they seem to work really effectively so far.”