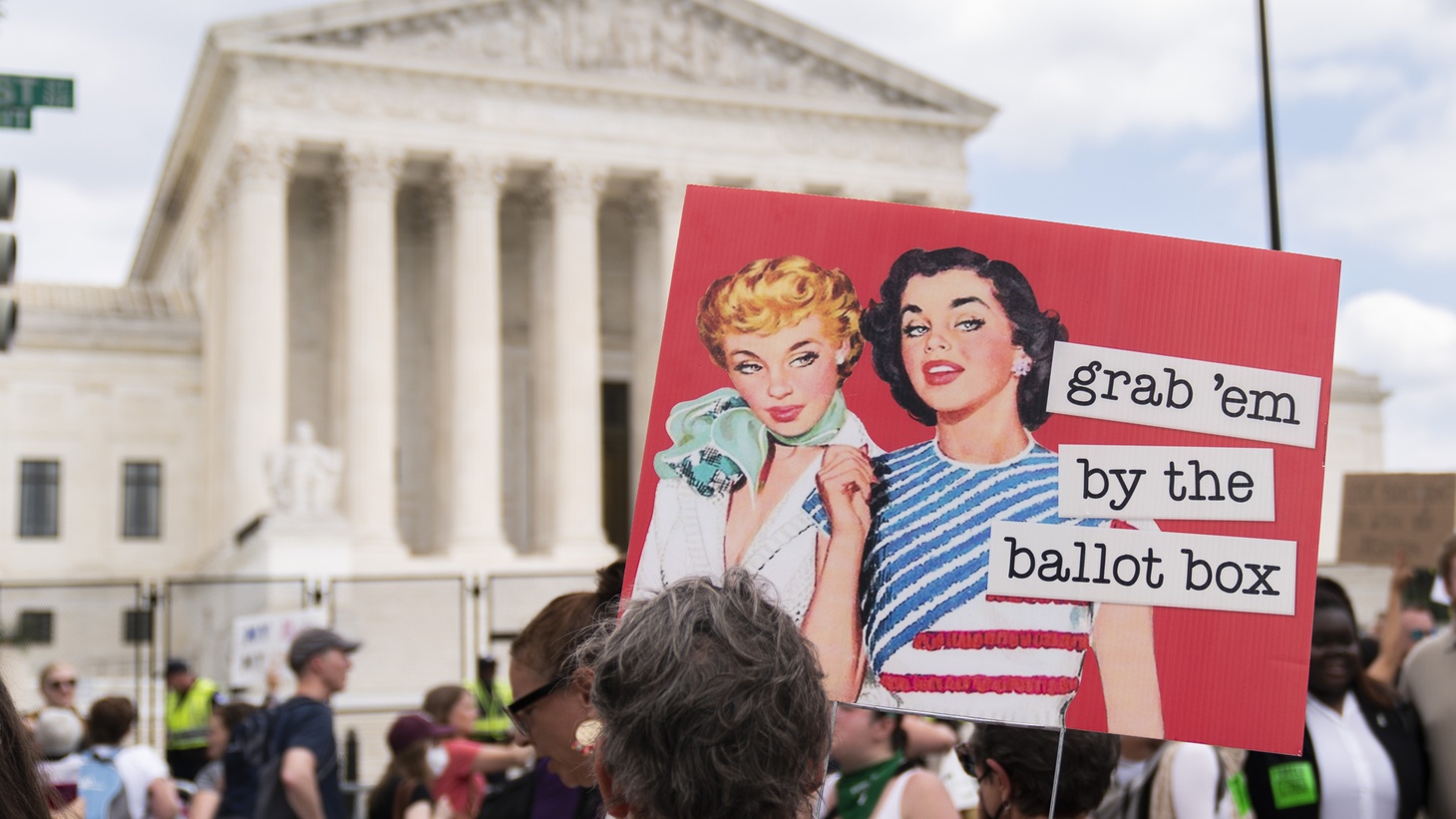 An activist holds a sign that says, “Grab ‘em by the ballot box,” outside the Supreme Court in Washington, D.C., Friday, June 24, 2022. The court overturned Roe v. Wade, eliminating the right to abortion in the U.S. Photo by Chris Kleponis/Sipa USA.

The U.S. Supreme Court has ruled that there is no constitutional right to an abortion, and now states have the power to regulate the procedure. Thirteen states have so-called “trigger bans” that could go into effect within 30 days, and several others are likely to ban the procedure within weeks or months. KCRW discusses the potential political impact of the court’s decision, and what the midterm elections may look like.

Democrats are trying to channel their anger about the Supreme Court toward the midterm ballot box, says Sahil Kapur, senior national political reporter for NBC News.

“They know they have a political advantage on the issue in that voters, by a large margin, want abortion to be mostly or entirely legal. And their argument … is that the only way to assure that — at a state and local level and at a federal level — is to elect enough Democratic candidates up and down the ballot, to make sure that they will codify and protect the right to an abortion.”

However, Republicans have shown mixed reactions, he notes. “There are some, including Mitch McConnell … [who are] calling it a victory for the Constitution. … Then you have Adam Laxalt in Nevada, who is a Republican nominee for Senate, downplaying the impact of this ruling, saying, ‘Well, it's [abortion] already legal in Nevada. … Therefore voters won't be distracted by it at the ballot box.”

This will be a particularly big issue in presidential elections going forward, he adds. “The president in the future will have the ability to sign or veto abortion legislation that would either codify protections or outlaw abortion nationwide.”

Mary Ziegler, law professor at UC Davis, points out, “This is really fundamentally a question not just about how Americans feel about whether abortion should be legal, but about whether they care. … We may not know that until Americans see, on the ground, what it's going to mean that there are no protections for abortion.”