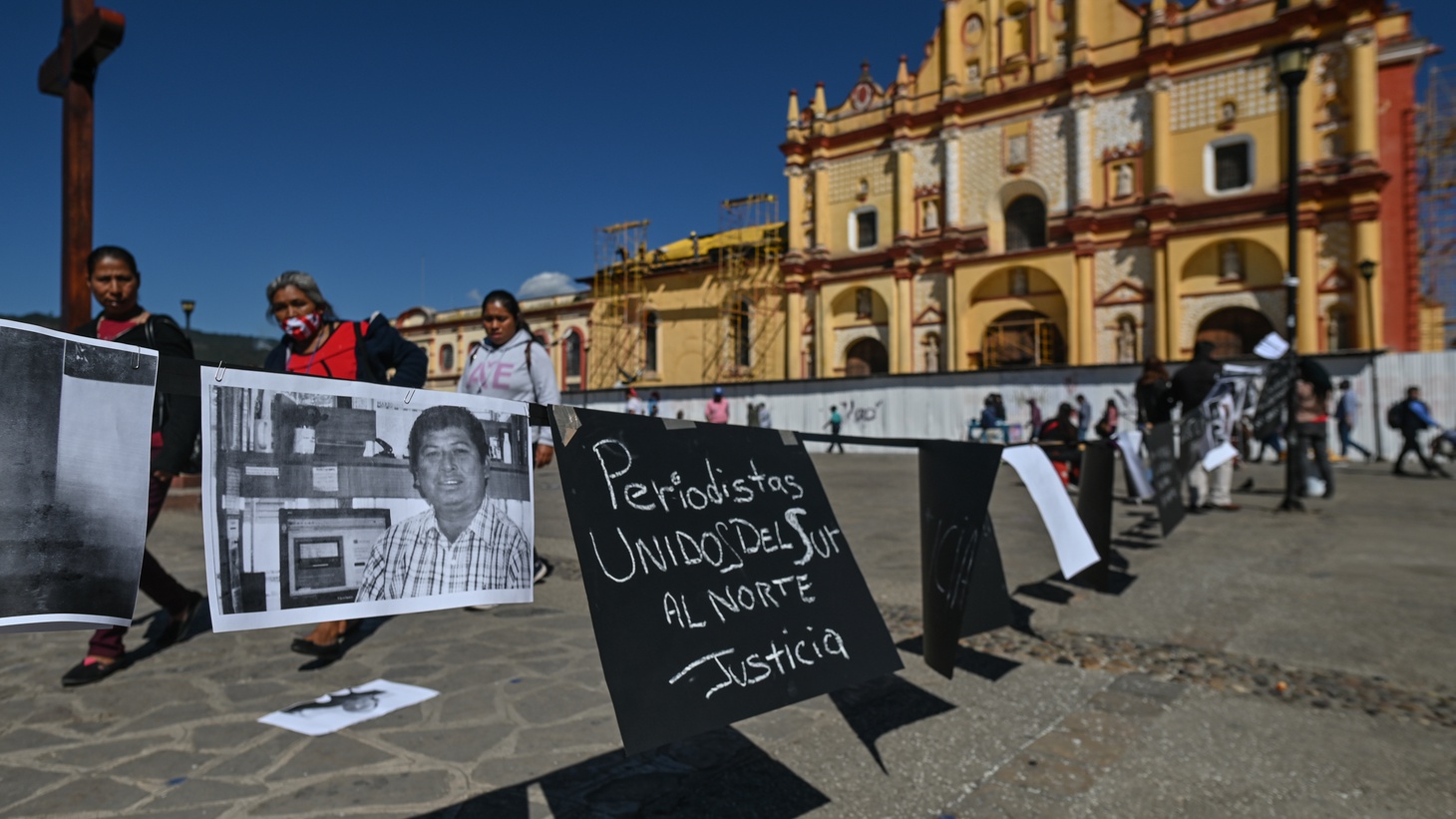 Photos of murdered journalists are displayed in front of the Cathedral of San Cristóbal de las Casas, during a nationwide protest against violence against journalists in Mexico. Journalist Lourdes Maldonado Lopez was shot dead on January 24, 2022 in her car outside her home in Tijuana, marking the third murder of a journalist in the country this year. Photo by Artur Widak/NurPhoto.

Mexican journalists staged protests throughout the country on Tuesday over concerns that they are being targeted. It’s in response to the murders of three journalists this month alone. The most recent was Lourdes Maldonado López, who was fatally shot in Tijuana on Sunday. A few years ago, she told Mexican President Andrés Manuel López Obrador that she feared for her life as a  journalist. Now journalists are asking him for protection.

It’s tough to say who’s carrying out the killings because the impunity rate is above 90%, says Chris Sherman, AP news director for Mexico and Central America.

He notes that organized crime controls large swaths of Mexico, and disputes between cartels draw a lot of media attention, so journalists who cover that are extremely exposed to dangers. “They're often in a situation of deciding of how they can make a livelihood and what degree of risk they're able to subject themselves and their families to.”

He says late Tuesday, the government announced that federal and state authorities will be forming a special team to investigate the recent murders, but considering the impunity rate, journalists don’t have much confidence that change will come.

This violence mainly targets journalists from Mexico, not abroad.

“Many times, these murders happen to very, very local journalists in small towns. … It's oftentimes these journalists who cover hyperlocal political races, issues of corruption, issues of ties between local politicians and organized crime — who are most at risk,” Sherman says. “It's very easy to upset someone, and when the impunity rate is above 90%, there's very little disincentive for an angry politician or local crime boss to just have a journalist eliminated.”