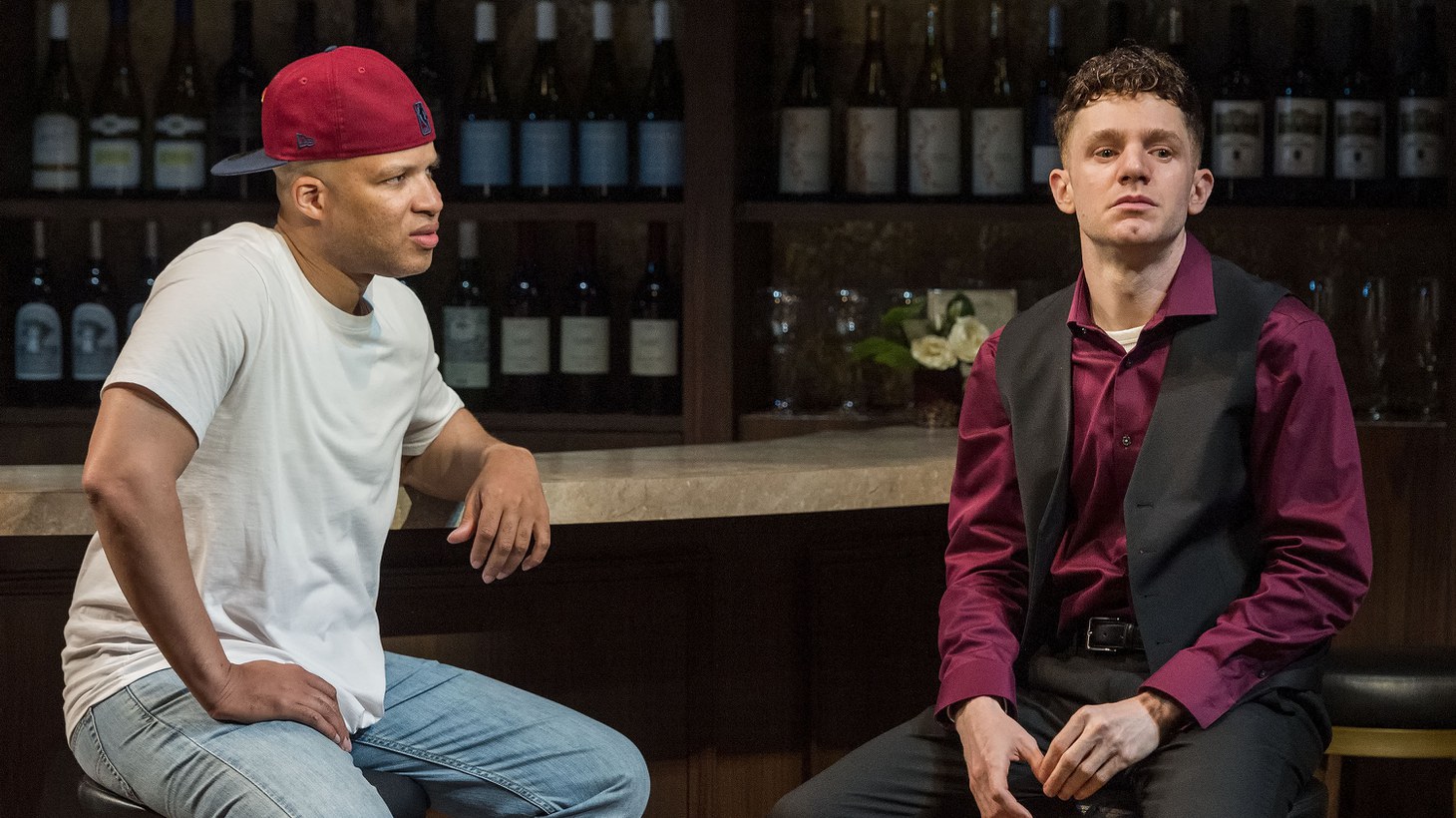 When LeBron James joined the Cleveland Cavaliers in 2003, the team’s fans thought their first NBA championship was in sight. James was a phenom — just 18 years old when he was the first pick in that year’s draft.  He was also a hometown hero from nearby Akron.

Cavs fans spent 13 years waiting for that championship title. They watched James leave and win two championships with the Miami Heat — before he returned to lead Cleveland to victory in 2016.

The new play “King James” looks at the player through the eyes of two Cavs fans. Matt never misses a game because his family has had season tickets. Shawn is an aspiring writer and Cavs fan long before James arrived, but he couldn’t afford to attend the games. The two young men grow and stumble while bonding over booze and basketball.

Playwright Rajiv Joseph says he’s a Cavs fan, but neither character is him exactly.

“I think that there's [sic] parts of me in both of them. But I think that they're drawn from people that I knew and grew up with in Cleveland,” he says.

Joseph went to his first NBA game, which featured the Cavs, in middle school. He was living in New York when James was drafted into the NBA, but he was a fan from the start.

“I got to see LeBron play several times. I would see him whenever he came to New York. If he was in Chicago, I'd go check him out. If I was back in Cleveland, I'd check him out there. I’ve seen him more times than I can count at this point. I'm a huge fan,” he says. 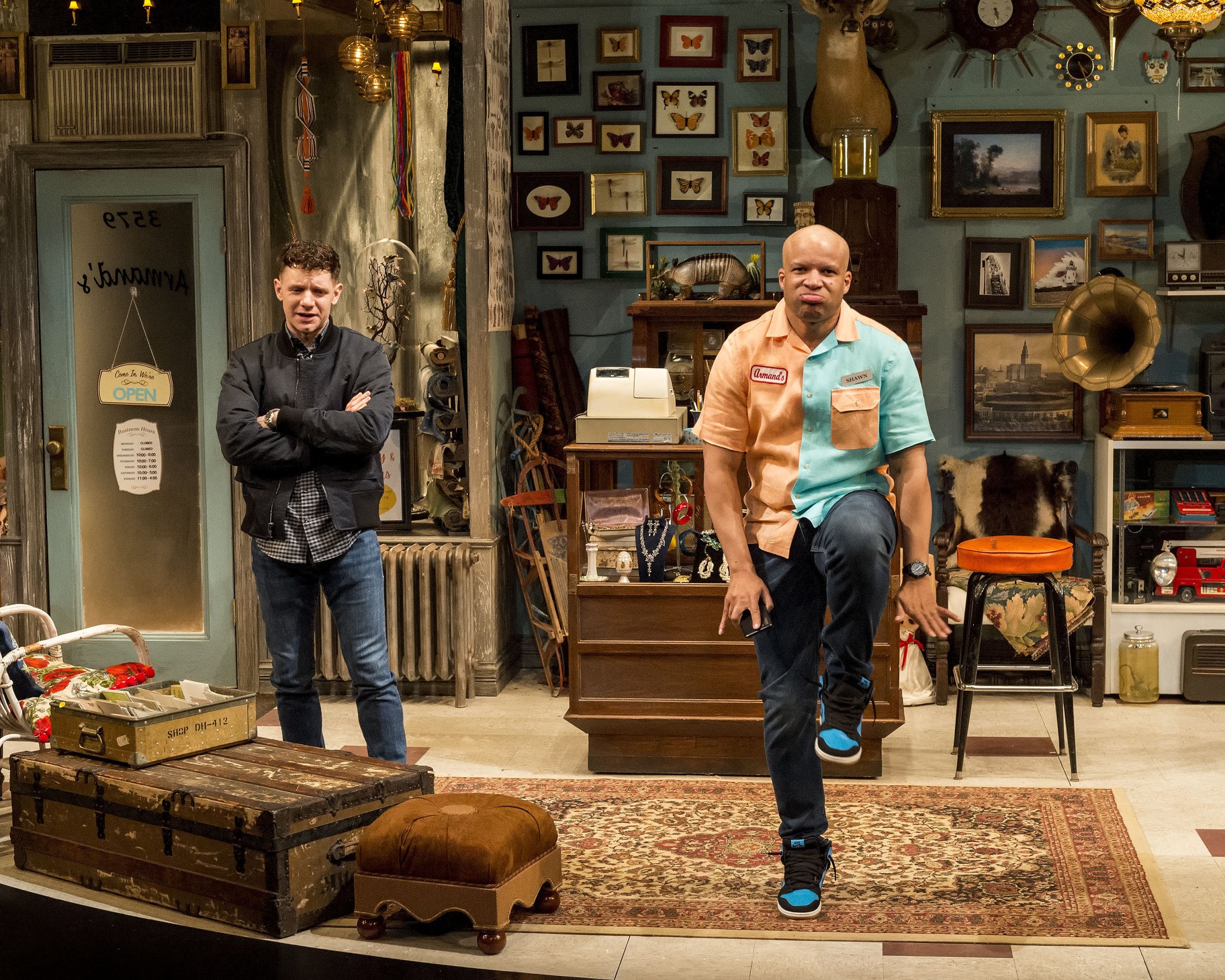 “I think they are drawn to each other … and in their conversations lead to some real common ground,” says playwright Rajiv Joseph of the characters in his two-man show. Photo by Michael Brosilow.

But like many Cleveland fans, Joseph felt betrayed when James left the Cavaliers to play for the Miami Heat.

“He went through a real dark place with all of us for a long time. [But] in his final year at Miami, I began rooting for him again. I had come around on my own, in part because I was just saying to myself, ‘He's just too good. He's too talented not to root for.’ I was always glad that I came to that conclusion before he came back to Cleveland. I felt a little cleaner about being able to root for him again when he came home,” he says.

“King James” is not technically about LeBron James, but the athlete is a vehicle that Joseph uses to explore the relationship between two friends.

“I was reflecting on what LeBron meant to me. I'm older than him by at least 10 years. And the relationship to being fans of athletes changes when you become older. When you're a child, they really are godlike figures that you want to aspire towards. When you're an adult, it's a little different. You still love them, and you still follow them with great fervor, but I was reflecting on how long he’d been in my life,” he says.

Joseph says he’s interested in sports as a driving force that exists within relationships.

“I think that there are certain young men in this country … that have difficulty expressing themselves to one another, but are able to do it through the language of sports. And that's what I wanted to explore in this play,” he says.

While the play examines a basketball-fueled friendship with ups and downs, Joseph says he didn’t want to ignore diversity. In the play, Matt is white, and Shawn is Black.

“I think if you're going to look carefully at LeBron’s relationship to Cleveland, particularly when he left, it's hard to avoid the racial aspect of that conversation because when people were angry with him there, the sentiments veered all too quickly to racial sentiments, and I wanted to not ignore that in the play as well,” he says.

Joseph says the racial element sets off a change in Matt and Shawn’s relationship.

“For someone like LeBron, who has been sort of polarizing since he came into the league, beneath some of that is racism. I do believe that. In the NBA, most of the players are African American, and most of the fans are white. And when the rage comes out, when the discontent and the disdain comes out, for people that are already predisposed to kind of their own racist thoughts, I think that racism kind of tumbles out quite easily.” 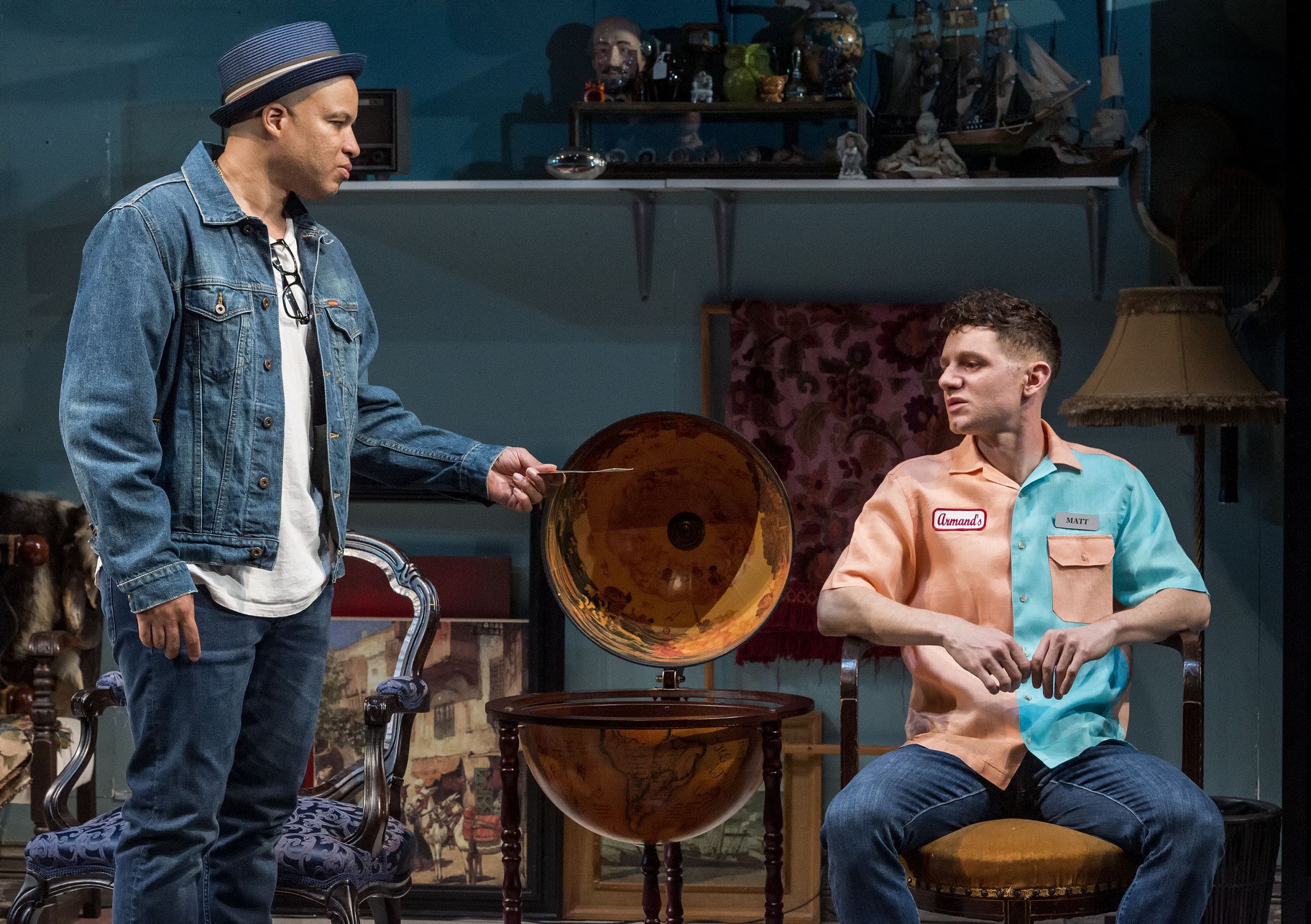 Characters Matt and Shawn grow and stumble while bonding over booze and basketball in “King James.” Photo by Michael Brosilow.

Though very different, both characters grow up in the suburb of Cleveland Heights, just like Joseph did. But he says it’s their love of basketball that solidifies their friendship and connects them forever.

“I think they are drawn to each other … and in their conversations lead to some real common ground. … I think they both believe that sports and being a sports fan is a sort of minor salvation in the world,” he says.

Joseph says he can see a connection between writing plays and watching sports.

“In NBA games, there's so much pageantry. There are acrobatics during timeouts, there's DJs spinning music, there's celebrities, sometimes in the audience, that sort of ritual, and that sort of presentation. And pageantry is also part of theater and religion. Those things all combined in my head to some degree. And that’s when I started thinking of them as one experience that we can have both theatrical, spiritual, and athletic,” he says.

According to Joseph, there’s a standing invitation for James to see the play, though he admits James might not want to listen to two guys talk about him for two hours.

“I think that ultimately this is really a love letter to LeBron’s career, but also basketball, the NBA, and sports fans,” he says.

“King James” is running at the Mark Taper Forum through July 3.