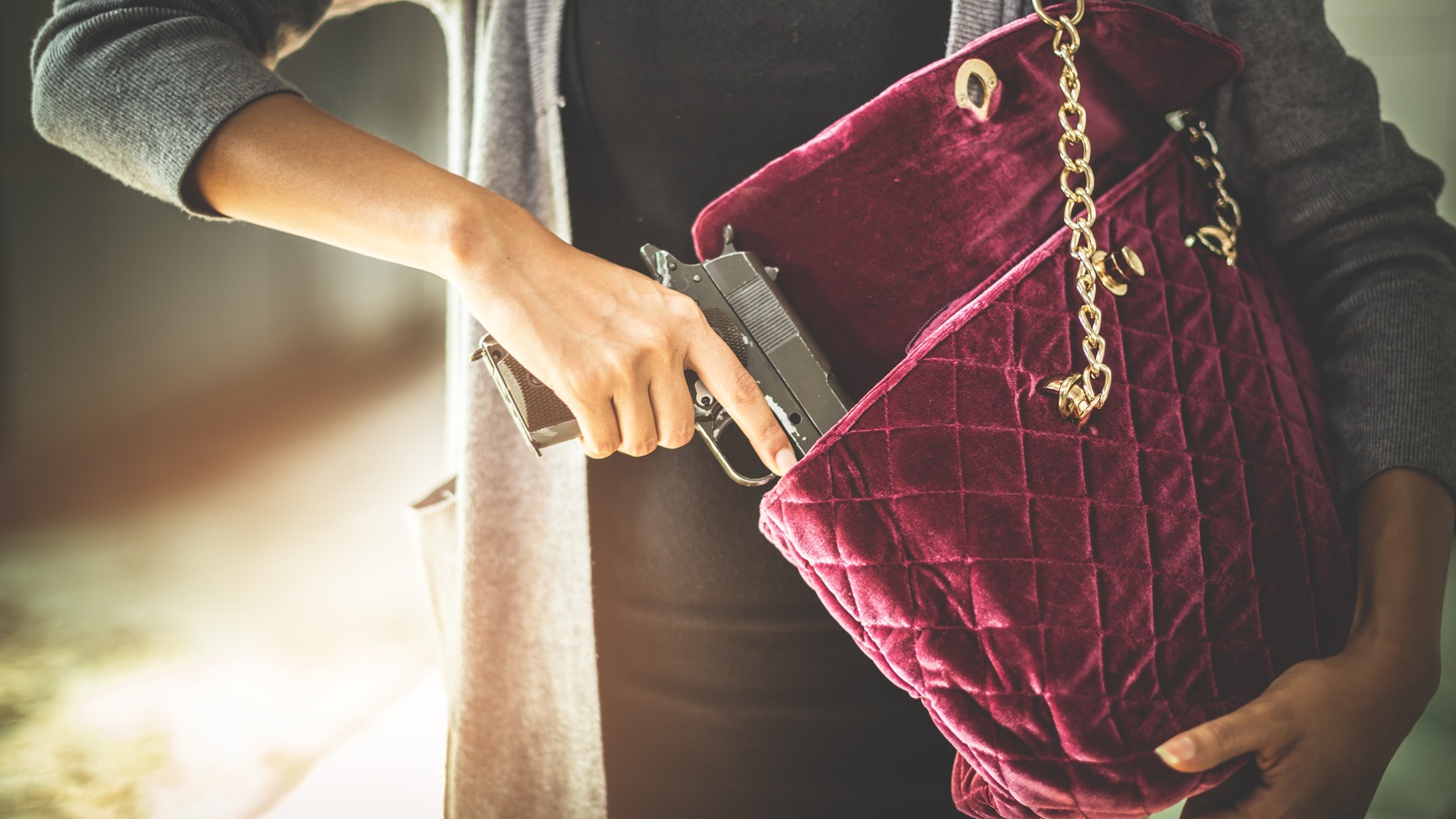 A woman outdoors pulls a gun from her purse. “The conservative Supreme Court has given us a new, more stringent level of review to use when looking at gun control measures,” says Loyola Law School professor Jessica Levinson. Photo by Shutterstock.

In a 6-3 ruling, the Supreme Court today struck down New York’s law that requires people to have a good reason to carry their guns in public. The conservative majority also ruled in favor of an LA County Sheriff’s deputy who did not read Miranda rights to a man before he was interrogated. KCRW discusses the implications of both decisions.