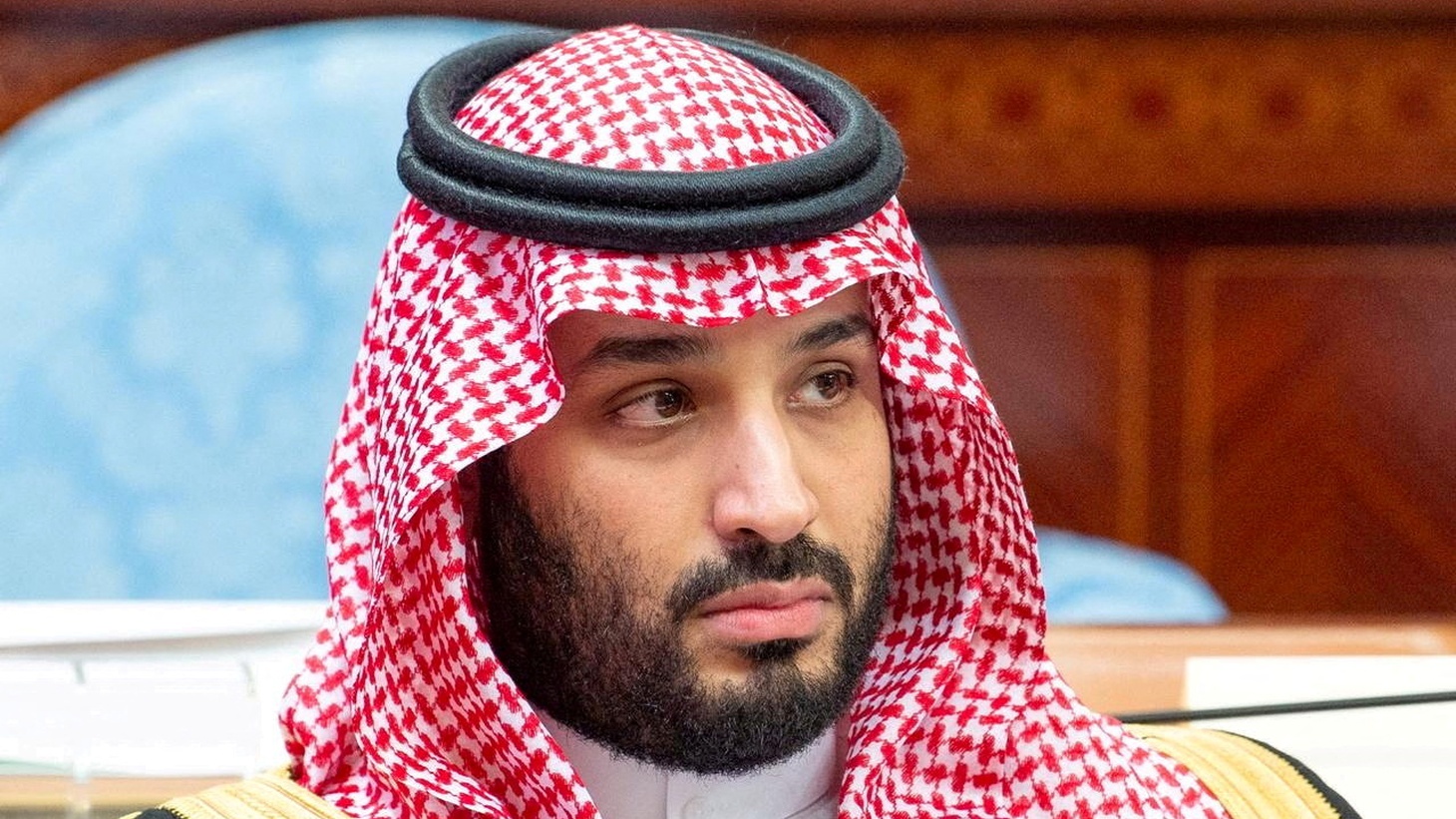 Saudi Arabia’s crown prince and de facto ruler, Mohammed bin Salman (MBS), received a royal welcome in the United States four years ago. During his three-week coast-to-coast tour, he was feted and honored by current and former U.S. presidents, tech leaders like Jeff Bezos and Bill Gates, and even Oprah Winfrey.

Then months later, MBS became an international pariah accused of orchestrating the gruesome abduction, murder, and dismemberment of prominent Saudi journalist and dissident Jamal Khashoggi. Since then, MBS has kept a fairly low profile, at least by world leader standards, with the pandemic providing a convenient excuse to hunker down.

But now he’s emerged and talking with Western journalists, including Graeme Wood, who has spent years covering Saudi Arabia, ISIS, and the Middle East. His recently wrote “Absolute Power: The Crown Prince, A Murder, and the Future of Saudi Arabia” for the April issue of The Atlantic.

“He needed at some point to show his face again. So I think he had in me a journalist who had at least seen the kingdom, seen the changes that he had been trying to work into the kingdom, which were substantial, and many of them were very real. And so I think he thought this might be the next shot to get his viewpoint out,” Wood tells Press Play.

In Wood’s article, MBS says he had no personal responsibility for the death of Khashoggi but acknowledges that it happened under his watch. Also, he portrays the late journalist as so unimportant that he wasn't worth murdering.

“He downplayed Khashoggi’s role as a overseas [sic] voice of dissent against him. … I knew Jamal Khashoggi personally, I had talked to him about MBS, about the ways in which he dissented from MBS’ rule.”

Wood says it was bizarre that the crown prince felt self-pity. “He told me, ‘Look, I've been found guilty in the court of public opinion for the killing of Khashoggi. I'm one of the victims here. So it was a very odd thing to say about someone who was killed and dismembered by one's own staff.”

Meanwhile, colleagues of Khashoggi have described Wood’s story as elevating MBS and giving him a platform to lie about orchestrating Khashoggi’s killing.

Wood’s response to the criticism: “He said some things that were so psychologically revealing that even the critics of the piece cannot stop themselves from constantly quoting what he said. … The idea that he shouldn't be platformed, I think is preposterous. … He rules Saudi Arabia, he has a platform. So it's really important that we interview people who we despise, people we distrust, and find out how they see the world … and in this one, to find out how they can, with their own words, convict themselves.”

MBS wants more social and economic openness, and is a “modernizing figure,” allowing Saudis to go to concerts and movie theaters, which they couldn’t do 10 years ago, Wood explains. They also no longer must leave their country to experience how people live in LA, Dubai, or London.

But he isn’t ushering in political reforms or more civil rights. “MBS has been jailing Saudis, striking up an atmosphere of fear in the kingdom that really just never existed. … Even the absolute monarchs who went before him never did what he was doing. If you dissent publicly from the programs of MBS, there's a really good chance … you'll be sent to prison.”

Wood says MBS struck a deal with Saudis for their current lives, quoting him, “I'll give you these things that you have wanted over the years. But the deal is that you have to support me also — when I put your fellow citizens in jail for dissenting from my policies.”

MBS’ elderly father is still technically the king of Saudi Arabia, and the crown prince is “really aggrieved” that Biden and Vice President Kamala Harris are not treating him as the country’s ruler, Wood says.

Wood told MBS that maybe Biden understands him. “He's like, ‘No, I don't care what Biden thinks.’ Biden, do what you're going to do. And let's see where it leads you. It was sort of the Saudi version of ‘make my day, if you're not going to deal with us, we will look to China, we will look to Russia. We would like to be friends with you. But until we're treated as a full ally, then we'll consider options elsewhere too.’”

Meanwhile, as the Russia-Ukraine conflict intensifies, and the U.S. is no longer importing Russian oil, Wood points out that Saudi Arabia can produce more or less oil at will and thus manage the world’s energy markets. MBS can produce cheaper oil, which would reduce Putin’s power.

He says when the U.S. recently asked MBS for more oil at a lower cost, he responded petulantly, “You haven't treated me with respect before. When you call me up, all you want is a favor, and then to moralized to me. And maybe you should have thought of that before.”

A meeting of the minds between the U.S., Democrats, and Saudis will never happen, and as long as U.S. foreign policy has a moralistic component, then MBS will look elsewhere, Wood says.

He adds that the crown prince’s power is stronger than ever before, and Biden’s view that MBS won’t be king and won’t have to be dealt with is increasingly a fantasy.

“He's going to be elevated to the throne, and he'll be in power for decades. So it's going to be a very complex diplomatic dance to reestablish that kind of friendship, and to make sure that it happens on terms that are morally satisfying for the United States.”