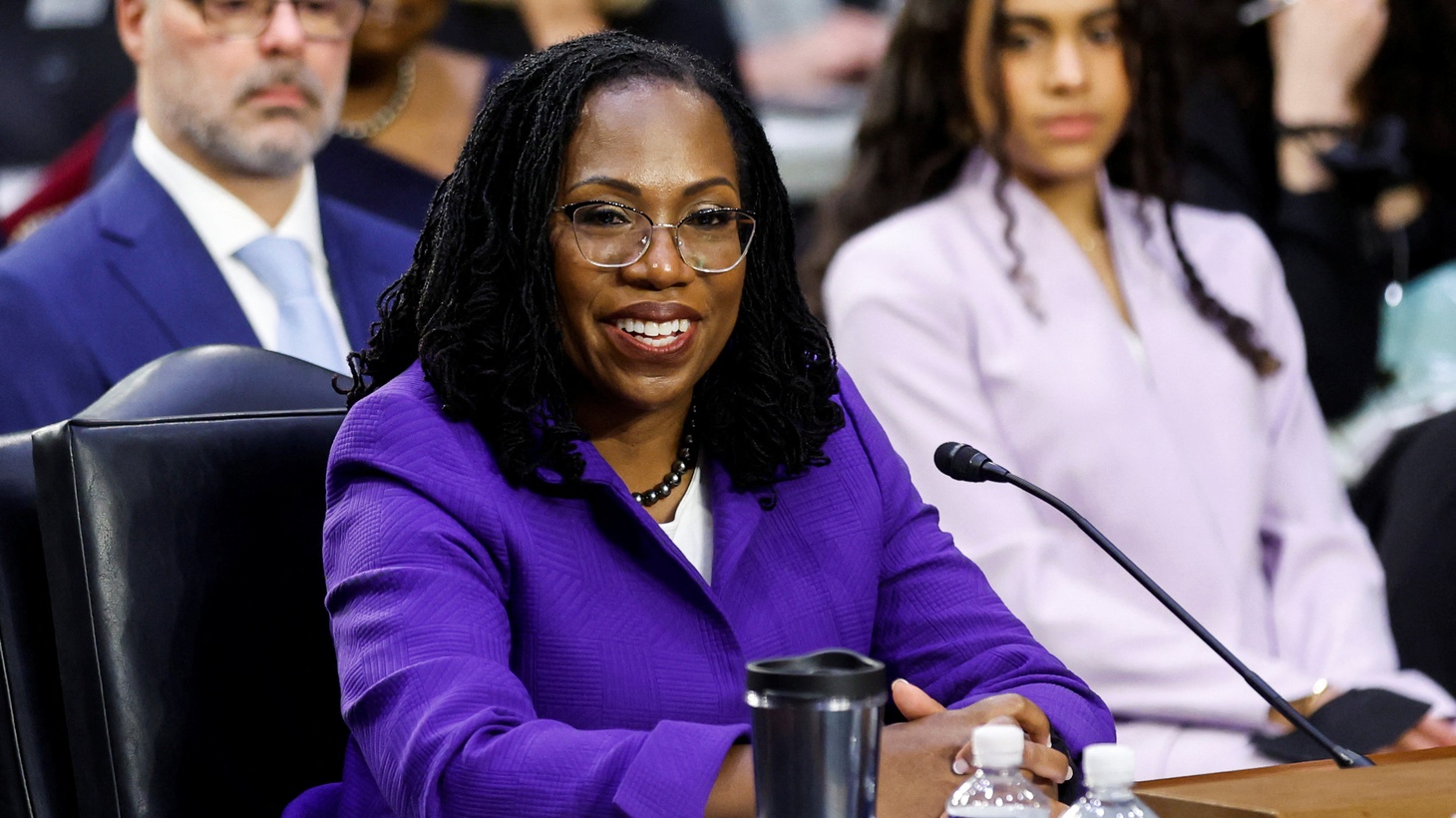 Judge Ketanji Brown Jackson smiles during her U.S. Senate Judiciary Committee confirmation hearing on her nomination to the U.S. Supreme Court, as her husband Patrick Jackson and her daughter Leila are seated behind her, on Capitol Hill in Washington, U.S., March 21, 2022. Photo by REUTERS/Jonathan Ernst.

Starting today, the Senate Judiciary Committee is holding four days of confirmation hearings for Ketanji Brown Jackson’s nomination to the Supreme Court. She’s the first Black woman to be nominated to the high court. Republicans say she’s soft on crime and gets funding from left-wing dark money groups, while Democrats point to her record as proof of ability.