But there are many reasons for opting out of parenthood. Kids are a strain financially and environmentally. Not having kids means more freedom to do whatever you want, whenever you want. What about all the school shootings, bigotry, racism and sexism in America? There are also other sources of companionship: friends, nieces and nephews, pets.

Sociologist Amy Blackstone and her husband are among those are opting out of parenthood. Her new book is called “Childfree by Choice: The Movement Redefining Family and Creating a New Age of Independence.” 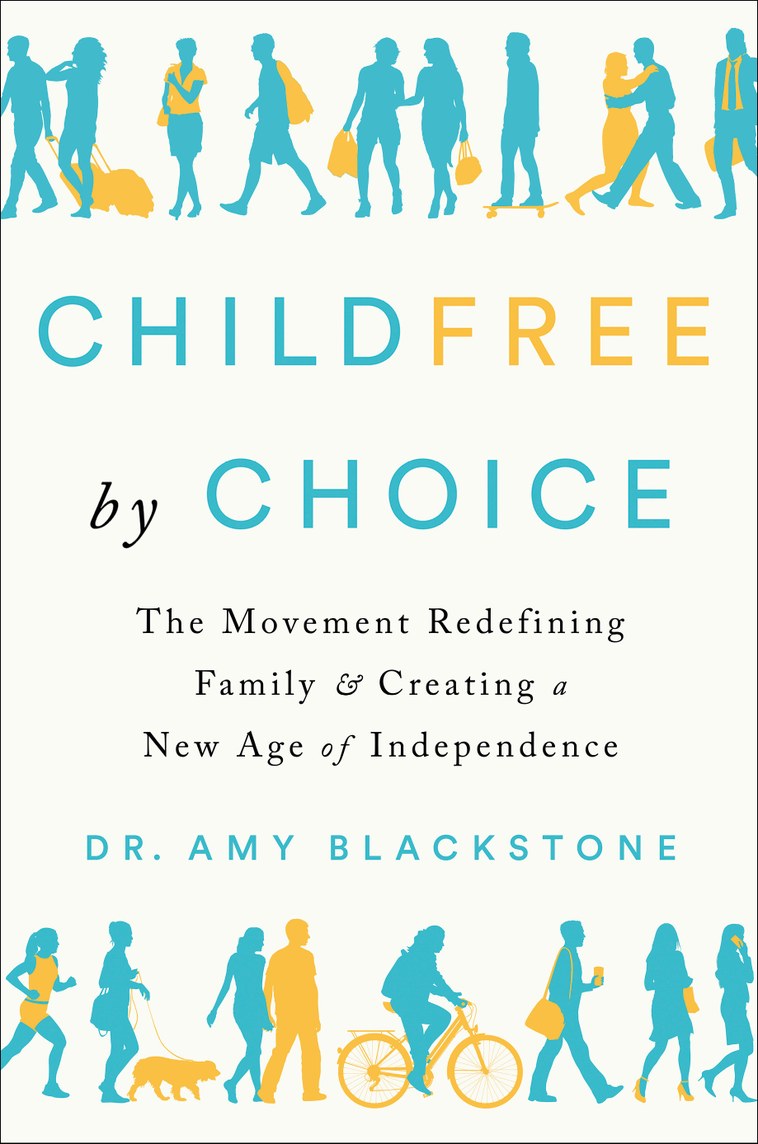 The cover of "Childfree by Choice." Credit: Penguin Random House.

Blackstone tells Press Play that girls are pushed very early toward becoming mothers. "You walk into a children's toy store. It's pretty obvious which aisles are for girls, and which aisles are for boys… There are baby dolls for girls. They can learn how to change a diaper, how to fill a bottle, how to make a home, how to vacuum. These are all roles that the girls are told they will fulfill ultimately, that they will be the nurturer, the caretaker  and the mother."

Blackstone initially thought she'd be a mom too, that she'd have her first kid at age 20 and her second at age 22. She trained to do it too, as a babysitter from middle school to college.

But after she got married and received that inevitable question about kids, her response was "I'm too young."

In her mid 30s, she turned to research and found that the idea of maternal instinct is a cultural myth. "There's very little scientific evidence to support the idea that it exists. So I discovered A) there's nothing really wrong with me that I'm not feeling the pull toward motherhood, and B) some women do feel that, but when they feel it, it's more often a result of socialization rather than anything that's going on instinctually for them," she says.

She says, ultimately, it was a personal choice, and she likes her life the way it is.

Blackstone also points out, "If I have a cause, it is to promote the idea that we will all be better off when we come to understand and respect all people's choices about family."

Ambivalence, but no regrets

Blackstone says she heard ambivalence, uncertainty, and worries of regret from men and women she interviewed and those she met from the childfree community.

Blackstone says that if you've chosen to not have children, why emphasize the "less" part of that?

With an aging population, young people are necessary to pay for health insurance and Social Security. So if more people become childfree, would older people suffer?

Blackstone says she's not worried about that. She points out that many environmentalists consider our global population growth as unsustainable, and in the U.S., native-born women now have the lowest fertility rate that they've had in about 30 years.

"Even in the United States, according to the Census Bureau, we net gain about one person every 16 seconds. And we have immigrants to thank for that… Maybe the solution is finding ways of welcoming more people within our borders rather than trying to keep them out," she says.

What to do? Some advice.

For women of reproductive age, who are wondering what to do about kids, Blackstone advises them to talk to people in both circumstances and learn what their lives are like. You could also go online to read blogs and research about life with and without kids.