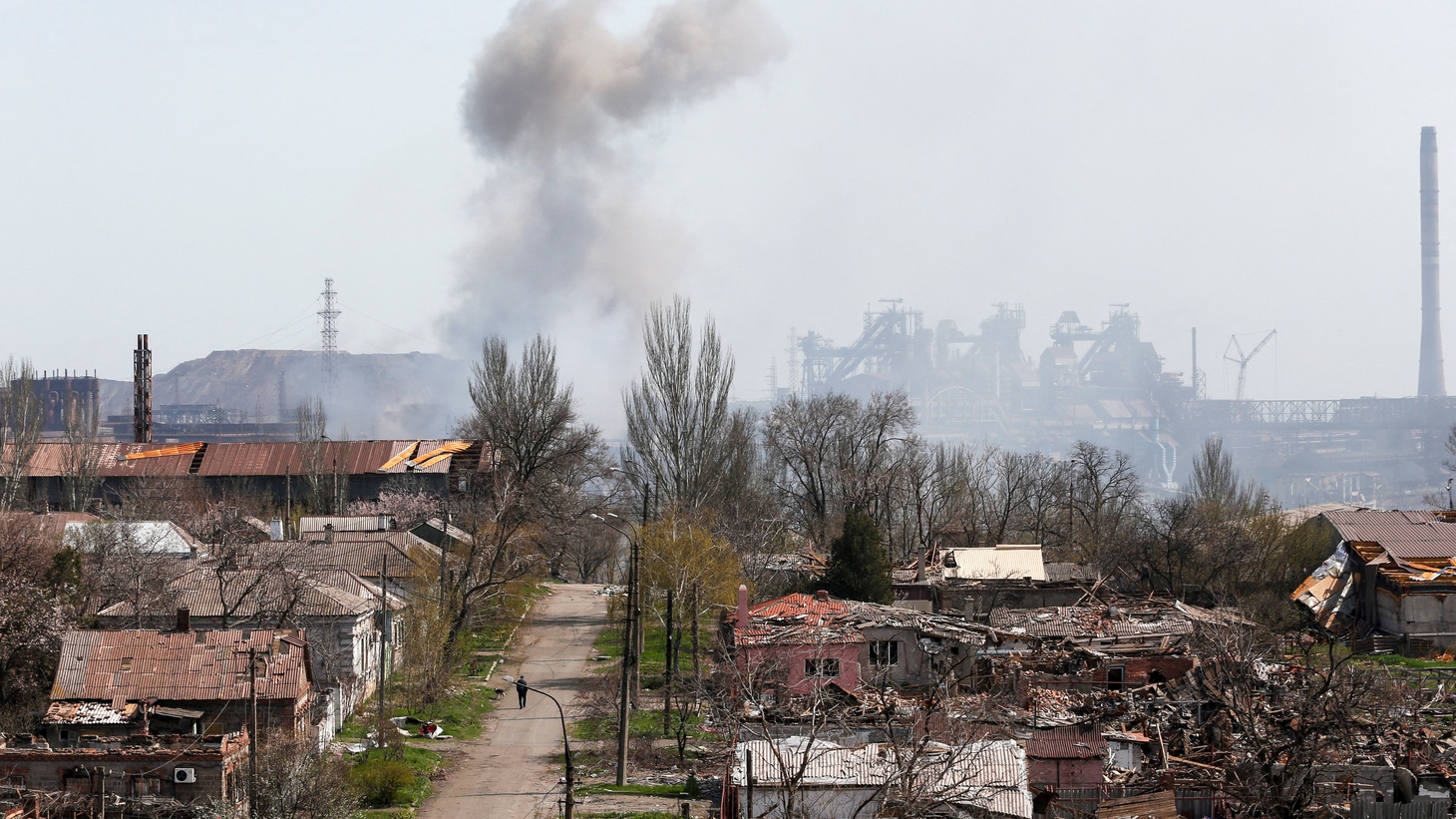 Smoke rises above a plant of Azovstal Iron and Steel Works. Buildings are damaged during the Ukraine-Russia conflict in the southern port city of Mariupol, Ukraine, April 18, 2022. Photo by REUTERS/Alexander Ermochenko.

Mariupol, a city along the Black Sea, appears to be on the brink of falling to Russia. It’s been under siege for two months. Still, Ukrainian forces there refuse to surrender, blowing past a deadline the Russian officials set on Sunday to concede. Local officials say over 100,000 civilians remain trapped in the city.

Meanwhile, the western city of Lviv, which has been relatively untouched since the start of the war, saw its first known deaths today. It was one of hundreds of targets across Ukraine that Russia claimed to have hit today, as Putin’s troops refocus their efforts in the east.