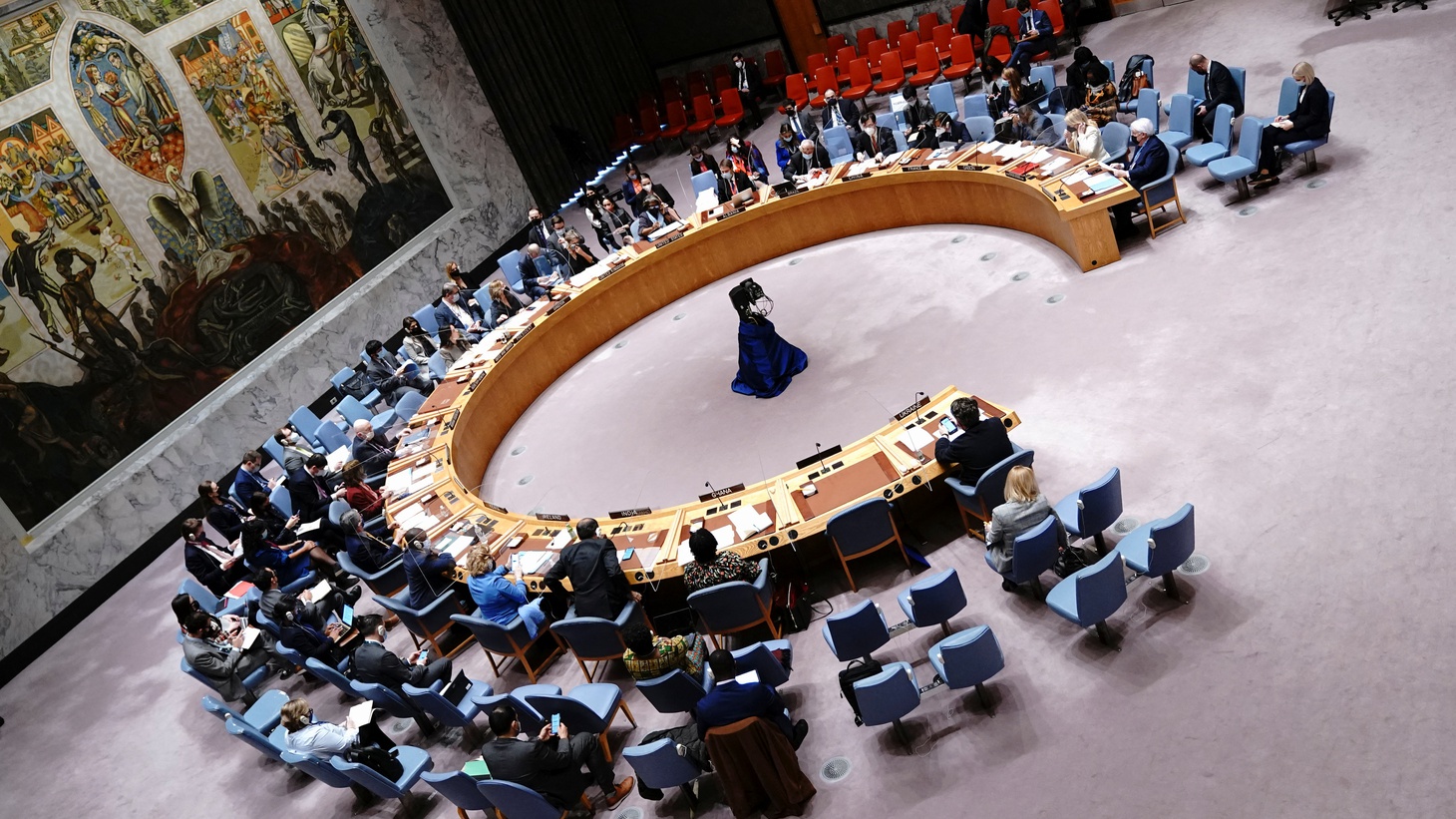 Senator Marsha Blackburn (R-Tennessee) introduced a resolution urging the U.N. to kick Russia off the Security Council: “What we have to do is make certain that the members that are there on the Security Council realize that the U.S. Senate is saying Russia does not deserve to be here because they are carrying out war crimes against Ukraine. They are killing innocent men and women and children.”

However it’s not the United States’ decision to make. And as one of the five permanent members, Russia would have to agree to leave the U.N. Security Council for it to happen.

“There is nothing in the U.N. Charter that would be designed to do anything against a permanent member of the Security Council, or to do anything without the agreement or approval of the permanent member of the Security Council. So there is no mechanism that would allow doing that [removing Russia]. But it doesn't mean that we shouldn't talk about it,” says Iryna Zaverukha, adjunct law professor at LA’s Southwestern Law School, where she focuses on international criminal law. She's also Ukrainian and a former dean at the law school of Ivan Franko National University of Lviv in her hometown.

So even if this is merely an academic argument, she says, it’s important to put pressure on the U.N. General Assembly.

“[The] United Nations can authorize collective self-defense measures, in other words, humanitarian intervention for Ukraine, and to help Ukraine to fight Russia in Ukrainian territory, and to restore its territorial integrity and maintain sovereignty of Ukraine,” she says.

Zaverukha also agrees that it’s time to reevaluate the post-war international order. “This is the point of no return for the United Nations. Basically, it came down to … whether the United Nations stands up to its moral obligation and reforms itself, or whether it will be [a] sinking boat.”

Meanwhile, her parents, brother and his wife, niece, nephew, and friends are all still in Ukraine, and they’re volunteering to transport goods and help people pass through the border with Poland, she shares.

How can Americans help more? “We should communicate to our government to step in, to help Ukraine militarily. … We have never had this scale of destruction just in 13 days. … We've never had such an open confrontation with a nuclear power. So everything is unprecedented and everything requires us to go beyond the limits.”