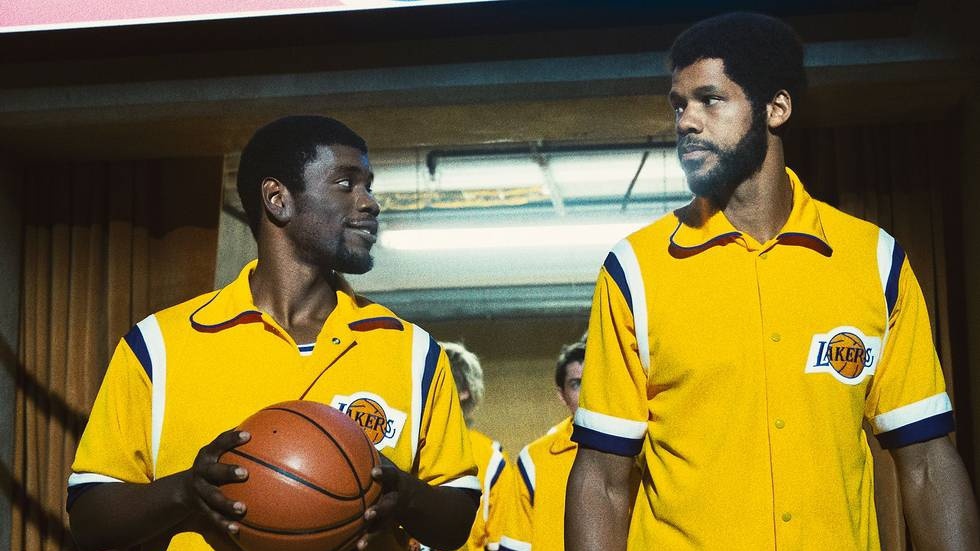 The Lakers in the 1980s won five NBA titles and were known for bringing glitz and glamor to the Forum in Inglewood, plus having antics off the court. Thus they were called the “Showtime Lakers.” They’re the focus of the new HBO series “Winning Time.” Max Borenstein, creator and showrunner, reimagines private moments and major public events from the era, which were highlights of his childhood.

“To be able to access this world and these characters, in a personal way, has been a dream come true,” he says.

The show begins in 1979 when the Lakers drafted Earvin “Magic” Johnson, which turned out to be one of the most pivotal moves in franchise and league history. That same year, real estate investor Jerry Buss, played by John C. Reilly, took over the franchise from Canadian American businessman Jack Kent Cooke.

The NBA was a different beast in the 1970s. It wasn’t a highly-coveted investment for advertisers, and the games were barely televised.

Meanwhile, the Lakers were living in the shadow of their success in Minneapolis. The 1960s Lakers teams, now in LA, lost to their rival the Boston Celtics six times in the NBA Finals.

Borenstein attributes the team and league’s success to Buss’ vision, which combined the entertainment world with a sport just seen as sweaty guys in the gym.

“Light shows, big introductions — none of that existed prior to Jerry Buss, Claire Rothman [general manager of the Forum at the time], and the people that he employed who brought this vision to life at the Forum,” he adds. 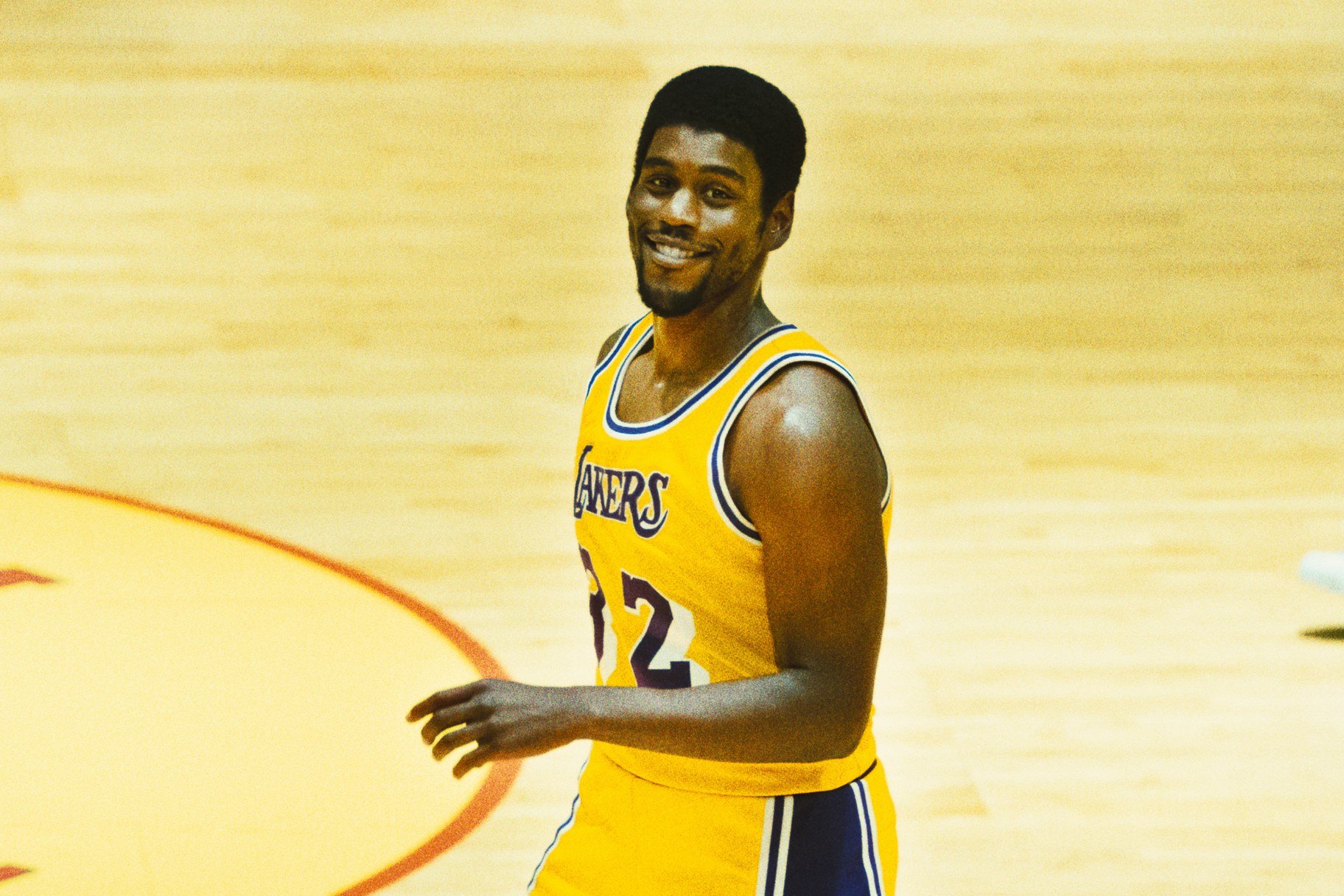 The series regularly highlights the generation’s racial issues as well. It pops up when Johnson negotiates his rookie contract with owners Buss and Cooke, who called Magic “boy,” and also dismissed Kareem Abdul-Jabbar’s name change.

“It's a part of that era that we're portraying and certainly a disconnect, generationally, between him as an owner of that team and Jerry Buss who's coming in with a different kind of attitude and a different version for how he was able to relate to people that were working with him on the team,” Borenstein says.

Johnson and Abdul-Jabbar would become the cornerstone of the  “Showtime Lakers.” Abdul-Jabbar already had an NBA title to his name and he had a stoic intellectualism about him, but many questioned his longevity on the court.

Magic was the exact opposite. He entered the league with instant star power because of his display against Larry Bird in the NCAA men’s college basketball championship.

“There was obviously going to be some friction, but it's the meshing and the alchemy between those two characters that helped create the Showtime team,” Borenstein says. “It was this mix of flash and glamor and competitive spirit. They didn't just bring the show, they actually delivered the goods and won rings.” 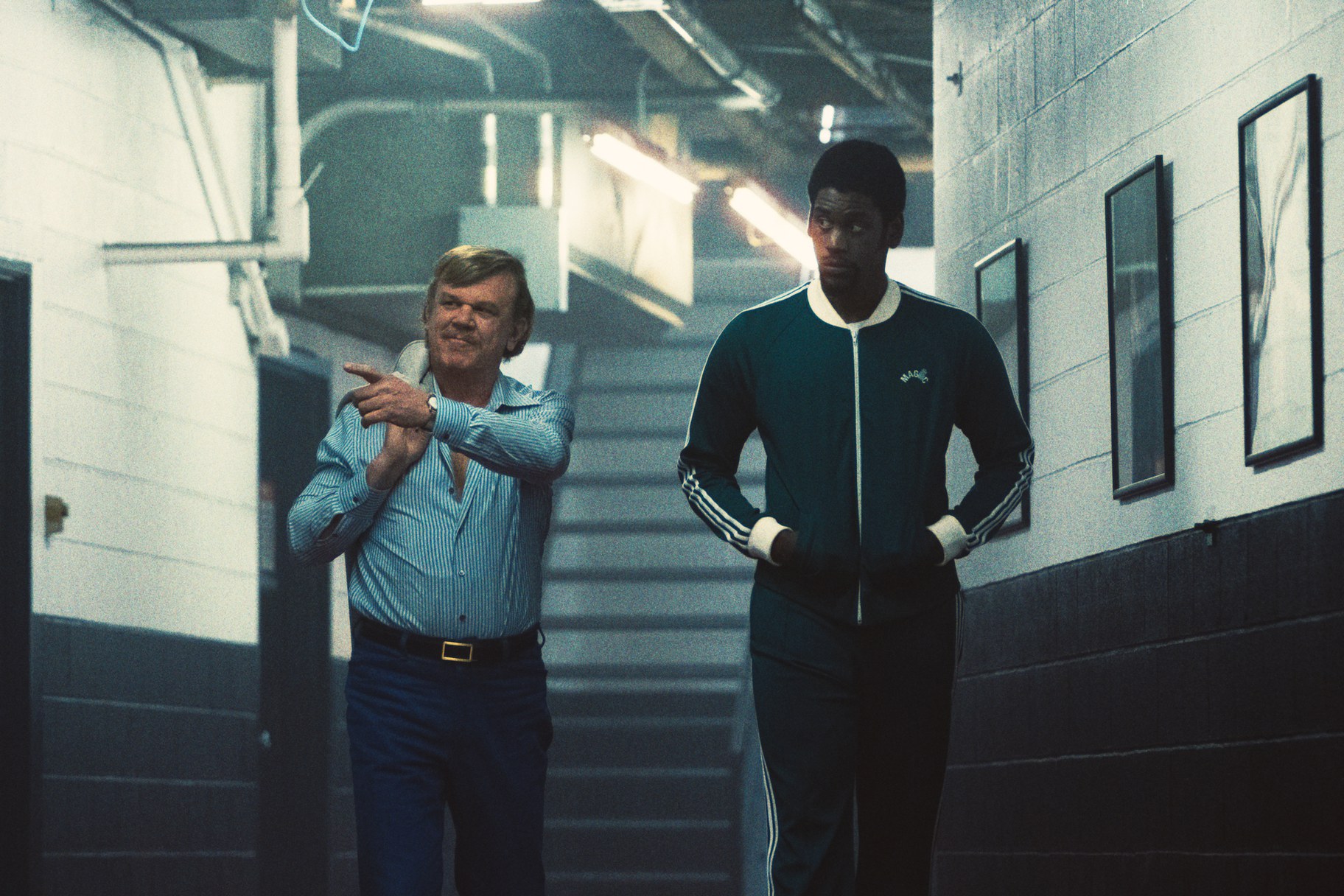 The casting search was grueling for casting director Francine Basilar though. She says those roles were the hardest to cast. The actors had to match the players in both appearance and personality.

Quincy Isaiah plays Johnson and Solomon Hughes plays Abdul-Jabbar, though both actors never before met those athletes. In fact, Hughes is a college professor, has a doctorate in education policy, and briefly played for the Harlem Globetrotters.

“We're giving really rich scenes to these actors playing these players off the court,” says Borenstein, adding that Hughes had never acted before being casted for the series. “We knew we needed someone who could capture Kareem’s spirit and personality, that gravitas, and we were having a real hard time finding anyone to tick all those boxes.” 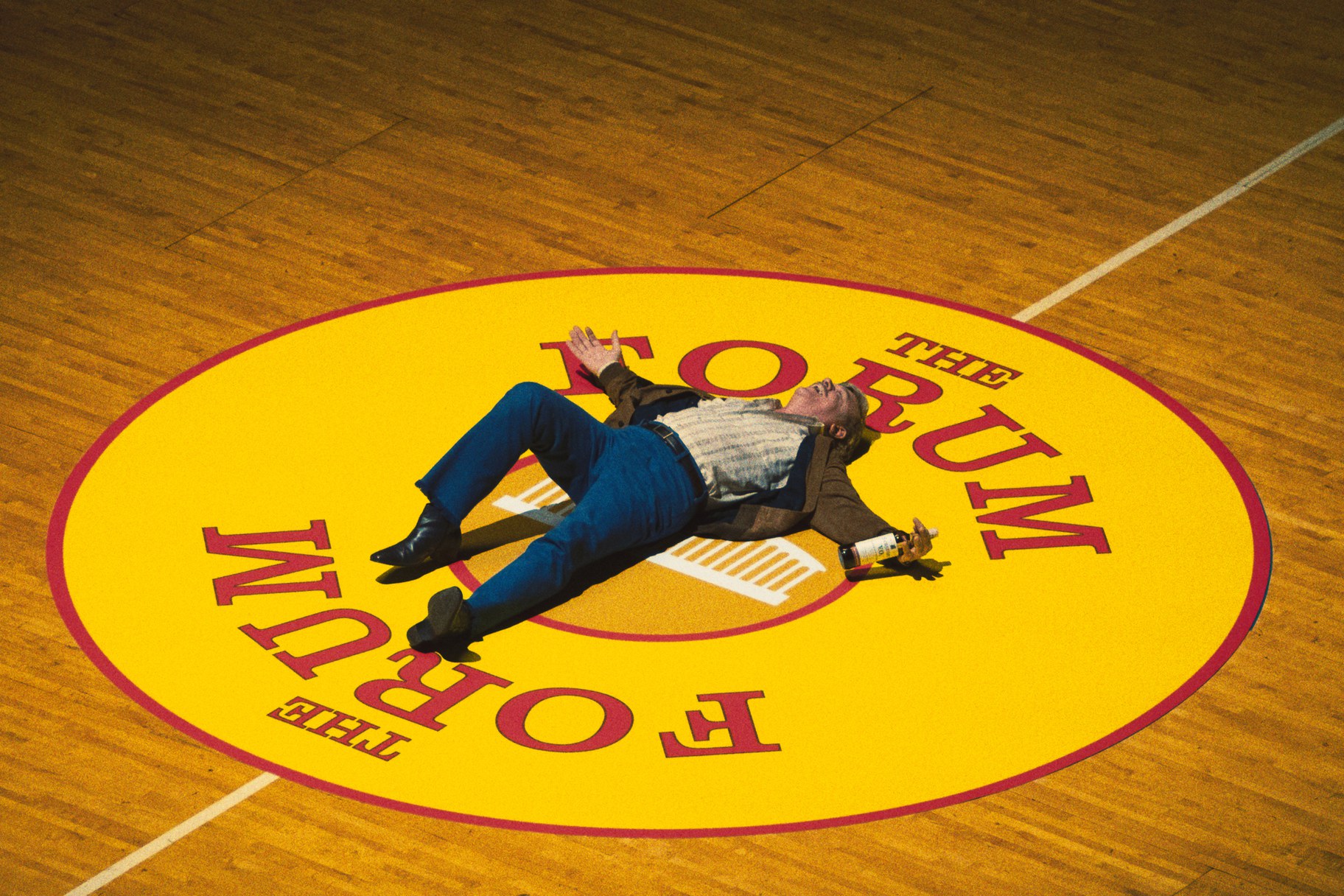 Jerry Buss (John C. Reilly) lies on the court at the Forum in “Winning Time.” Photo by Warrick Page/HBO.

The series has received negative reviews from the Buss family, the NBA and even some players. The Hollywood Reporter says some of the players portrayed “allegedly detest [the series’] very existence.”

“This whole show has been made with such admiration and love for who these people are and everything that they've accomplished,” Borenstein says. “I hope if and when Magic, Kareem, Jerry West, Jeanie Buss, any of these people decide they want to check it out, I hope they can feel that that's the spirit with which we made it.”