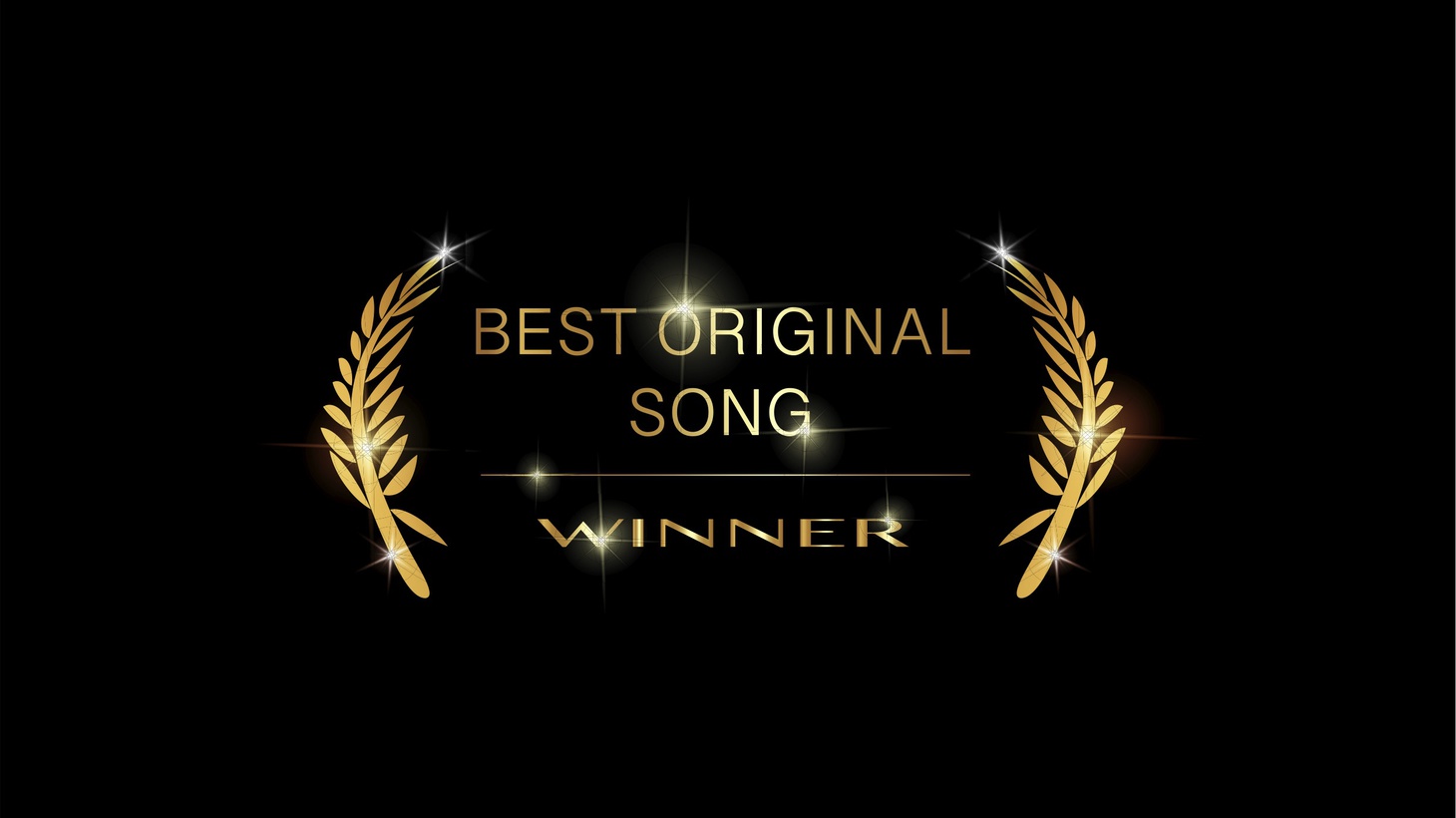 Who will take home the Best Original Song award at the Oscars? “No Time to Die,” written by Billie Eilish and her brother Finneus, is a strong contender. Photo by Shutterstock.

At this year’s Oscars, Best Original Song nominations include tracks by Lin Manuel Miranda, Billie Eilish plus Finneas, Van Morrison, Diane Warren, and Beyoncé. KCRW breaks down the songs with Noah Gittell, film critic and lecturer on the Oscars for the Smithsonian’s educational program “Smithsonian Associates.”

He says this category is a mixed bag each year, and film makers typically get stars to record songs as part of the promotional package. Those songs are often released as singles to help the films gain attention by the awards bodies and help performers get invited to sing at the Oscars.

This track is from the Disney film “Encanto,” and its title means “two caterpillars” in Spanish.

Gittell says no one expected this one to be nominated from the film’s soundtrack — “We Don’t Talk About Bruno” was the clear hit. “That wasn't actually released as a single. … It really just resonated with the public. So it wasn't submitted as one of the songs from the film.”

If “Dos Orugitas” wins, it would elevate Lin Manuel Miranda to EGOT status — meaning someone who wins an Emmy, Grammy, Oscar, and Tony Award.

This is from the latest “James Bond” movie, and many tracks from that film series get nominated for Oscars. They often win, Gittell adds, like Adele famously won for “Skyfall.”

“It really sets the tone for the movie. Billy Eilish has a very strong vocal performance here. … There's something nice about the tradition … of honoring the theme songs for ‘James Bond’ movies.”

“Somehow You Do” - written by Diane Warren

This is from the film “Four Good Days,” and marks Warren’s 13th Oscar nomination, but she’s never won.

“I don't know whether to feel bad for Diane Warren or to feel happy for her. … Her name is almost always heard on Oscar night, which is … an honor in and of itself,” says Gittell.

However, it’s not expected to win because it doesn’t pop or wow anyone like other songs on the shortlist, and not many people have seen “Four Good Days,” he notes.

The film is a drug addiction drama featuring Glenn Close and Mila Kunis, but it didn’t get a big release. “It feels like the only reason it was made was in the hopes of getting the Best Original Song nomination because there really was nothing else remarkable about it.”

“Down to Joy” - written by Van Morrison

This is from the film “Belfast,” which is nominated for Best Picture. Gittell says while this is a good song and Morrison is an icon, this has two factors going against it.

One: It’s facing strong competition. Other songs on the list are appealing to Academy members, and Morrison isn’t appealing to those members because he is a very vocal anti-vaxxer, Gittell says.

“The academy created a rule this year that audience members need to … have a COVID vaccination to attend. But performers and presenters don't. And it has been speculated that that was done mostly to lure Van Morrison to perform. And the Academy board may be excited about that, but I don't think voters will be excited about that. I think his attitude probably flies in the face of a lot of what the more liberal members of the Academy believe, so I don't think he has a shot at this particular time.”

“Be Alive” - written by Beyoncé

This song was featured in the end credits of the film “King Richard,” which was also nominated for Best Picture. The film is a biopic of Richard Williams, father of tennis stars Venus and Serena. This is Beyoncé first Oscar nomination.

You can’t forget the snubs

“So May We Start,” written by the pop band Sparks, opens “Anette,” an avant garde French musical, which is a category that doesn't align with the Academy’s taste, Gittell notes.

“In a very strange film that was very divisive, everyone really agrees that this opening scene — which is a fourth wall breaking scene in which the actors appear as themselves and the band Sparks … appear as themselves — it's really a wonderful moment that kicks off the film with such energy and enthusiasm. … I think it will look like a surprise and a mistake that that song wasn't recognized, at least with the nomination.”

He adds that the soundtrack for “Cyrano,” starring Peter Dinklage, has two songs that were good but surprisingly not nominated: "Every Letter" and "Somebody Desperate."

Could Putin be prosecuted for potential war crimes in Ukraine?

The International Criminal Court is investigating possible war crimes committed by Russia in Ukraine. Last week, Russian troops shelled a maternity hospital in the city of...

Abortion rights are threatened in red states. Here’s the latest in Texas and Missouri

The Texas Supreme Court on Friday ended a lawsuit aimed at killing the state’s law that bans abortions as early as six weeks. Nearby red states are trying to pass similar...