A worker holds a sign from a car during a driving caravan demonstration in midtown Manhattan organized by “Workers Justice Project,” protesting for rights of essential immigrant workers during the outbreak of COVID-19 in New York City, New York, U.S., April 21, 2020. Photo by REUTERS/Mike Segar

In the first months of the shutdown, nearly 30% of Latinas lost their jobs compared to less than 10% of white women. That’s according to a new study by Hispanas Organized for Political Equality (HOPE).

"In the first three months of the coronavirus, Latinas were being affected twice. If they were in a service industry that shut down, they lost their jobs. … We were also on the frontlines ... in which we had to show up for work as nurses or as food processors, as farmworkers. So that increased the probability of us contracting the coronavirus,” HOPE executive director Helen Torres tells Press Play.

Vanessa Vasquez caught the virus while working at a nursing home. So then she spent months off the job. Her husband also stopped working to take care of her. Now they’ve run through their savings and are living off credit cards.

“Because I got infected in my place of work, I’m getting work compensation but that’s not enough,” says Vasquez.

She says the fatigue and joint pain she’s still experiencing makes her incapable of working. And since her husband is undocumented, she hasn’t received the same federal stimulus money that other citizens have.

“It’s not fair because I'm a citizen. I‘ve been working here for almost 25 years. I have three kids, and they’re born here also in California. They are citizens. And only because my husband has no papers here, I did not receive any help from the government,” she says. “I feel sad because I feel like they don’t care about us.” 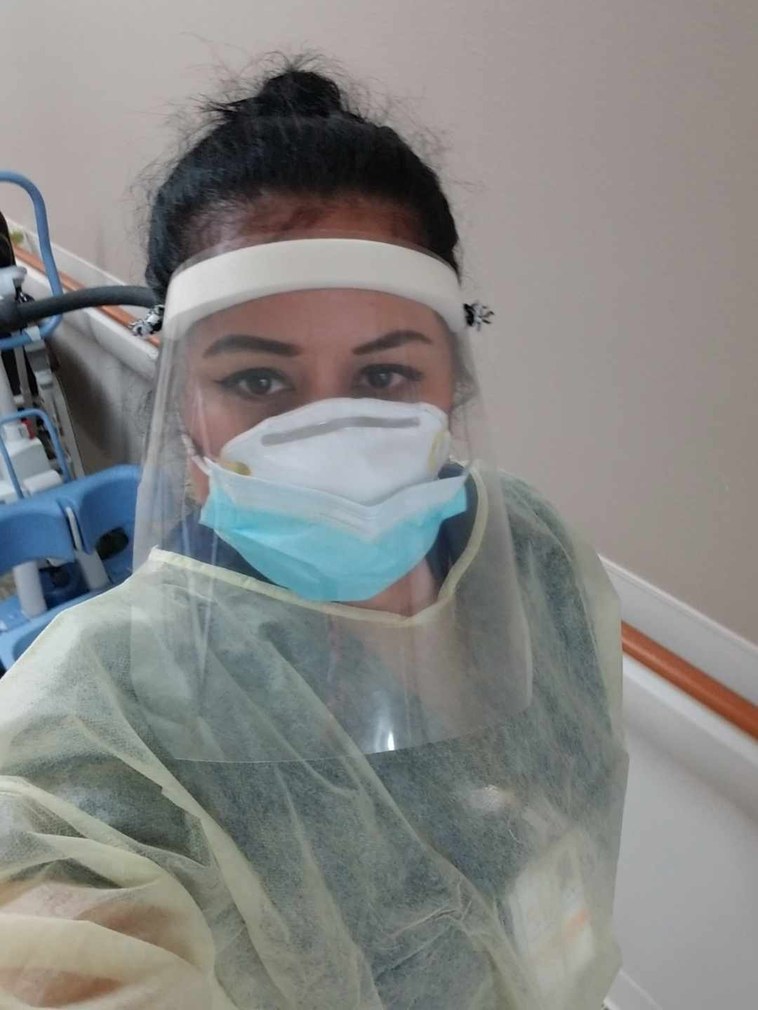 “Because I got infected in my place of work, I’m getting work compensation but that’s not enough,” says Vanessa Vasquez. Photo courtesy of Vanessa Vasquez