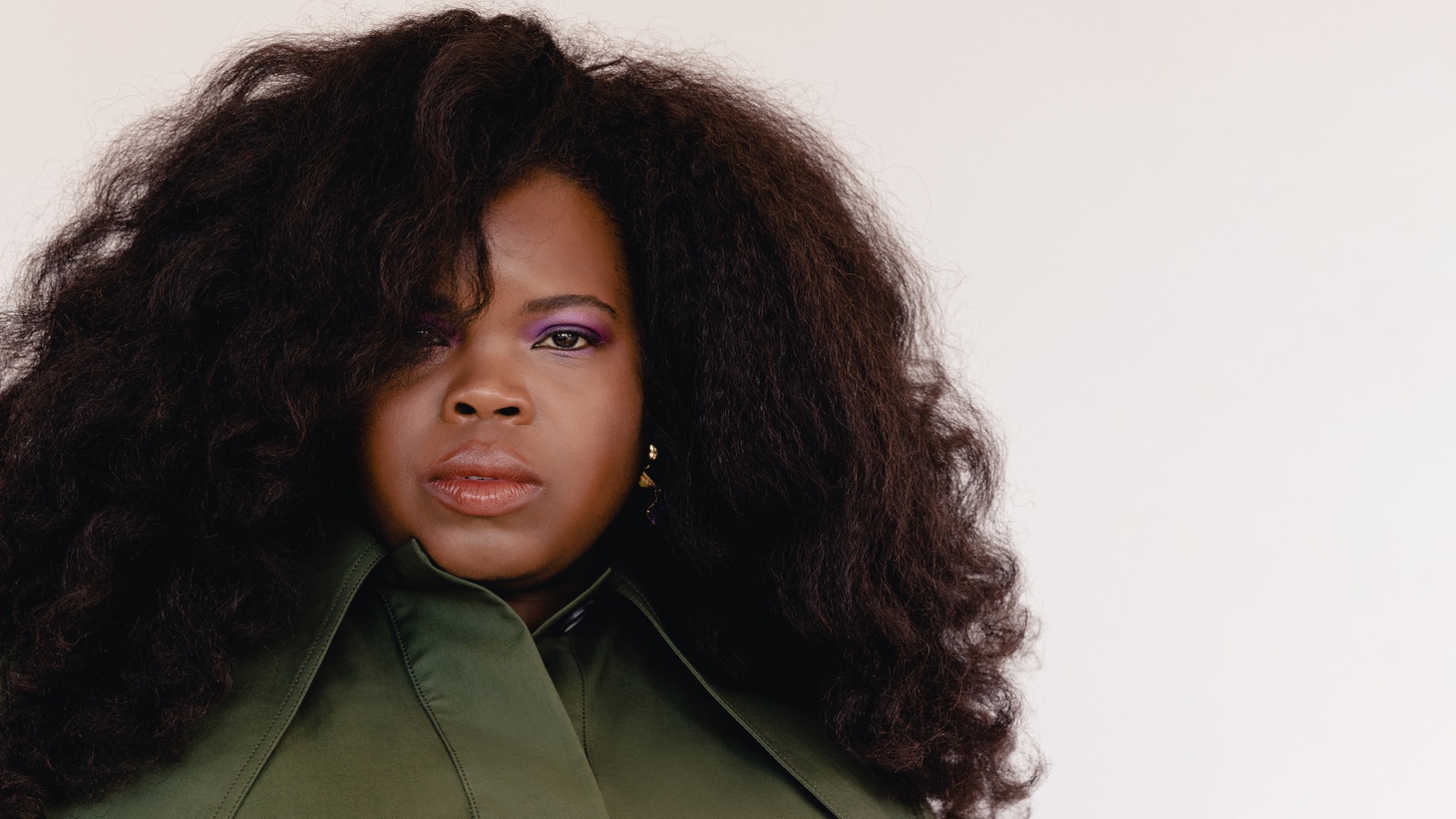 “I knew I just couldn’t do both. It was either music or it was law, and music was my number one love,” says singer Danielle Ponder. She worked as a public defender for five years, then decided to pursue her music full-time. Photo by Grace Rivera.

While Danielle Ponder pursued a music career, she spent years working in the public defender’s office in her hometown of Rochester, New York. Her songs reflect her experience defending poor clients in court. She recently left that office to commit to music full-time. She’s now on tour and will perform at LA’s School Night and The Theatre at Ace Hotel next week. Her debut album, “Some of Us Are Brave,” comes out this September.

Ponder says she grew up around music, as her dad is a singer, songwriter, guitar player, and pastor. “Most of my life, he was singing only gospel music, and we could not listen to secular music. But ironically, in his later years, he's been writing love songs. So it's come a long way.”

She adds that as a teenager, she received her first guitar from her father, and it became a refuge.

Her dad is proud of her music now, though she admits, “When I tell people I'm an artist, my dad, if he's there, will interject and say, ‘She's an attorney.’ I think that's more his pride.”

What led Ponder to law in the first place? She explains that her brother was sentenced to 20 years to life for robbery when she was 16 years old, and she decided to become a lawyer through years of visiting him behind bars.

“At 16, I didn't really understand mandatory minimums and [the] ‘three strikes, you're out’ [law]. But as I would visit him and talk to him about the criminal justice system, I realized that the reason my brother was there was because of policy. And I always felt like if it's a policy, then we can write different policies. So I was very interested in criminal justice reform.”

Her brother didn’t have a great relationship with his public defender, she notes, so throughout her career, she focused on building trust and clear communication with her clients. “I really try to treat every client as if this was my brother facing time or facing the situation.”

After two decades in prison, her brother was released and began working as a welder, she shares.

Her single “Poor Man’s Pain” was inspired by Willie Simmons, who’s still incarcerated in Alabama for stealing $9 in 1982. She says he’s used all of his appeals and can only be free if the governor grants clemency.

“This person [is] pleading and begging the state to see his humanity. I want it [the song’s refrain] to capture that feeling of desperation … you tried everything. So his story has really resonated with me.”

Reflecting on her legal career, Ponder says one client stands out: A man was illegally stopped and eventually arrested for possessing marijuana.

“The only way we could get out that it was an illegal stop was if he took the stand. And he was so nervous to take the stand, and he was nervous that officers would retaliate against him. And I just talked to him … about how important it was for his case. … He was only 19 years old,” she explains. “This kid took the stand. And the prosecution really tried to get him tongue-tied. He was so amazing. And that was a moment where I just saw someone who had lost all of his power … take it all back.”

After making a difference in people’s lives, was it tough for Ponder to leave law? She says she was nervous about potentially not having a steady paycheck, especially after growing up in poverty, but as she took on more serious cases, doing music simultaneously became tough.

“I knew I just couldn't do both. And it was either music or it was law. And music is my number one love. So in that regard, it was easy to choose the thing that I really loved the most.”

Still, Ponder says she misses two things: her clients and going to trial. She adds that performing music helped her in the courtroom.

“As a performer, you have an ability to connect people and to make them feel something. And … if you can get your jury early on, to either be empathetic towards your client, or really tap into an emotion, you'll have an easier time defending your case.”

She adds, “But I love trial, I think largely because it reminded me of performing. But it wasn't just because I was putting on a show. It was because I was working on connecting with the 12 people sitting in the jury box. And when I'm on stage, my goal is to connect with everyone in the audience as well.”

Right now, Ponder now sits on the board of a criminal justice advocacy group. Will she ever return to a law career?

“[If] I get to a point where I can't pay my bills, maybe. But I'm believing in this path. And I think the universe, as they say, will put forth everything I need in order to be successful on this path,” she says.