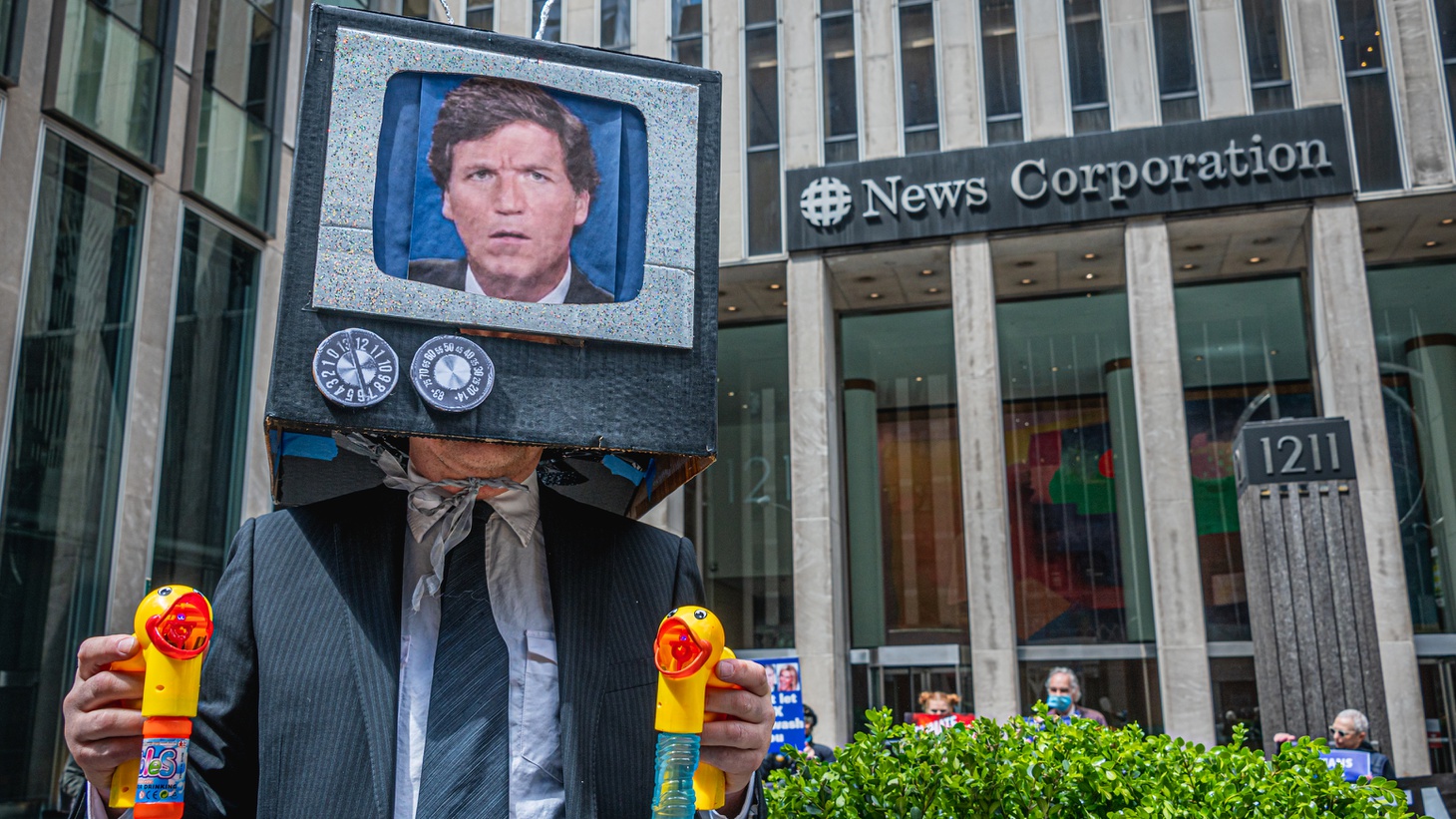 As part of Earth Week, activists from Rise and Resist, Truth Tuesdays, and Extinction Rebellion gathered in front of Fox headquarters in Manhattan to protest the network's ongoing propagation of dangerous climate lies, April 19, 2022. Photo by Erik McGregor/Sipa USA.

Fox News host Tucker Carlson boils the day’s stories to a simple narrative for his viewers: It’s the law-abiding American patriot versus “them.” That includes everyone from the political establishment, Black Lives Matter protestors, tech industry leaders, even migrants from African and Latin America. From a ratings perspective, the narrative works. Carlson’s show draws in more than 3 million viewers a night, making it one of the most popular cable news shows on TV.

According to New York Times political and investigative reporter Nicholas Confessore, it’s also one of the most racist programs that weaponizes the fears of white America. He’s analyzed more than 1000 episodes of Carlson’s shows and recently wrote a three-part series on how the commentator has reshaped Fox News and became the heir to former President Donald Trump’s followers.