President Obama deployed his oratorical skills last night in his final State of the Union address to Congress. The speech was dramatically upbeat and scornful of Republican predictions of doom and gloom. He spoke to the unease among Democrats that's fueled the campaign of Bernie Sanders -- while the official response dramatized divisions within the GOP. The stage is set for the campaign to choose Obama's successor. 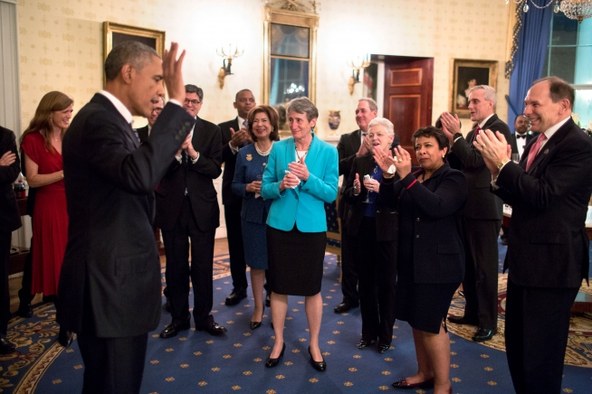 President Barack Obama acknowledges applause from Cabinet members during a reception
after his State of the Union address on January 12, 2016.
Official White House Photo by Pete Souza