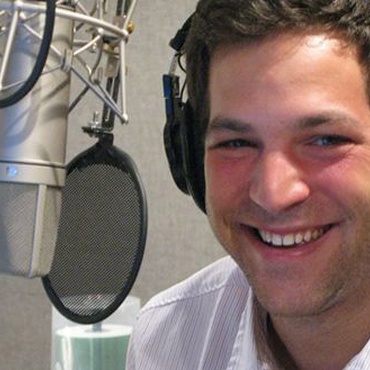 Before becoming an author Rob Sachs began his career at NPR working for programs such as Morning Edition and All Things Considered. He has produced interviews with guests ranging from Bono to Bill Clinton and has filed a number of reports on bands such as Franz Ferdinand, Journey, and Rilo Kiley.  He created the NPR podcast What Would Rob Do?: An Irreverent Guide to Life’s Daily Indignities in the spring of 2006. The podcast was the inspiration for his book, published by John Wiley & Sons in May of 2010. As long as you’ve got connections you can get whatever you need; a job at the White House, some help on Shabbos, or a joint from an Amsterdam cafe. Stories with thoughts of the Olympics in the background. Stories of rescuers and the people they rescue.... The Kinsey African American Art & History Collection is back in LA. “What we do is about illuminating a fuller scope of Blackness and humanity at large,” says the chief curator. To celebrate National Poetry Month and her debut album “Are You Happy Now?”, LA bard-songstress Jensen McRae delivers an intimate performance and candid conversation about writing, coming of age, and courage.

Apr. 5 from Live from Anne's Backyard