The three years of my KCRW Great #TortillaTournament has seen at least 125 different corn and flour tortillas duke it out for the title of the Golden Tortilla (now let’s see YOU use “tortilla” in three distinct forms!).

And in all that time, only four tortilla makers — just four! — have made it into our Suave 16 each year.

How hard is this feat? The four — Taco Maria and Kernel of Truth in corn; HomeState and Jimenez Ranch Market for flour — have advanced that far despite getting having to navigate three separate judges and brackets that gets harder and harder each year.

That the first three are a constant presence isn’t too surprising — Taco Maria’s Carlos Salgado is a masa mago who is the current holder of the Golden Tortilla and is internationally known for his Alta California cuisine. The guys behind Kernel of Truth are rightfully hailed for using organic corn from Mexico to create machine-made maiz marvels.

And the Valdez sisters behind HomeState proudly waved the flag of Tex-Mex flour tortillas with their puffy beauties.

And then there’s Jimenez Ranch Market, which joins their fellow tortilla titans in the ¡Eso Eight! this year for the first time ever. 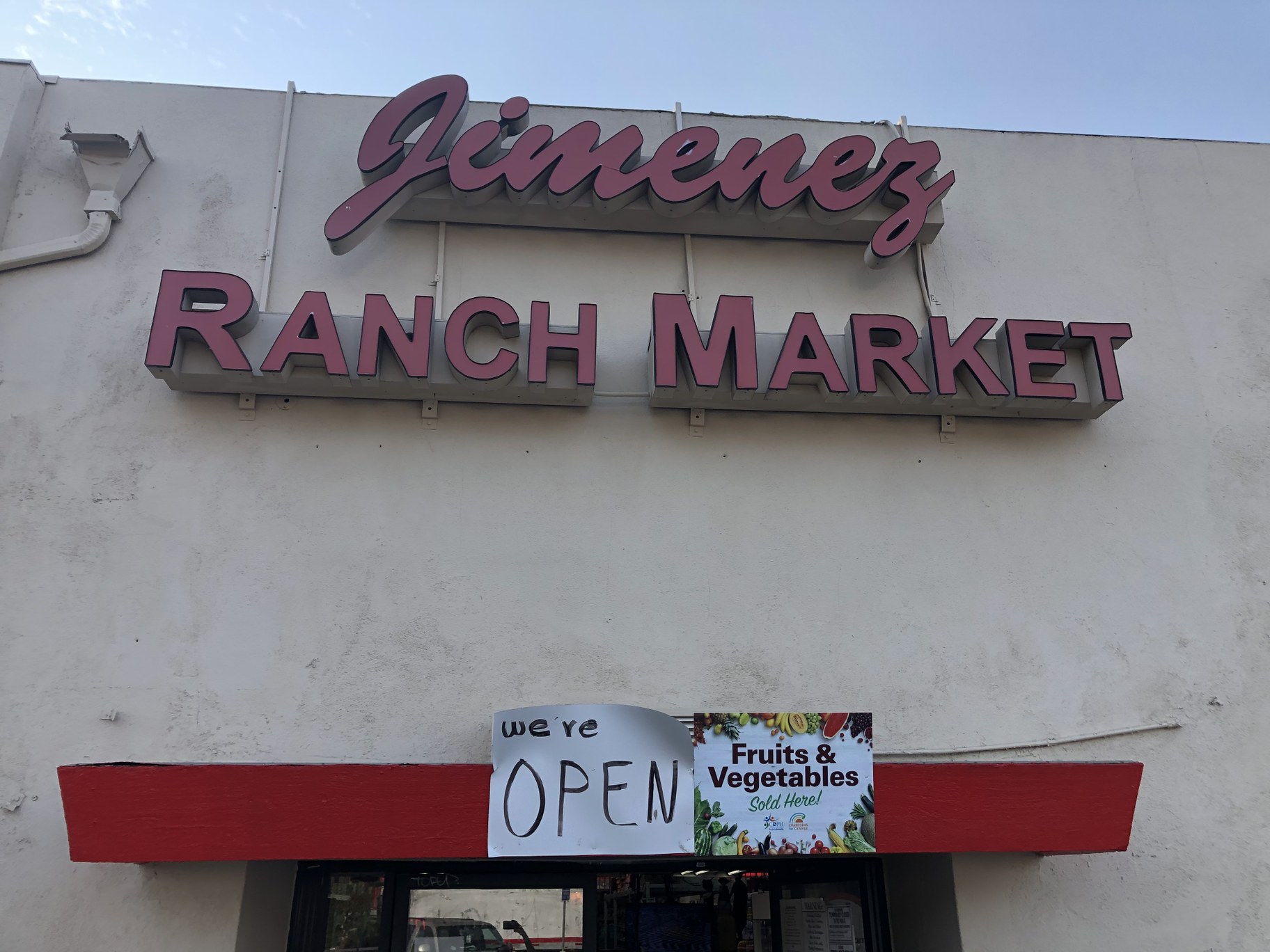 It’s far from the hipster gaze, this mercado in SanTana with a small cafeteria and shelves of inferior tortillas like El Comal and Guerrero for daily tortilla needs.

But those in the know wait for Thursday and Friday afternoon. That’s when Jimenez’s workers pat out a couple of hundred handmade flour tortillas for the REAL Gs.

To get them, you have to go to the sole checkout counter on Wednesday or Thursday morning and place your order. They’ll give you a receipt that you then present to the mujeres at the cafeteria counter. The only question asked: con polvo o sin? With baking powder added on top once they’re finished, or without?

They’ll be ready for you on Thursday afternoon or Friday afternoon, depending on when you ordered them. And if you didn’t order any? If you’re lucky, there might be a baking tray with steam packs of a dozen on only Thursday or Friday — but they go fast, so you’re better off ordering ahead to secure some.

Jimenez’s flour tortillas are large and thick and irregularly shaped, with a chewy texture that nevertheless puffs up on the comal. It cuts the difference between Sonoran flexibility and Tex-Mex sturdiness to create something unique to Southern California’s tortilla landscape. And the addition of baking powder lends a slight saltiness and a delightful toastiness as the polvo cooks on the comal.

I love this tortilla de harina for quesadillas, especially, but it’s also perfect on its own to sop up your food and can even function for burritos. I once asked Albert Bañuelos of Burritos La Palma to try them, and he praised their flavor and consistency even as he was skeptical of my assertion that their tortilla was better than his haha. 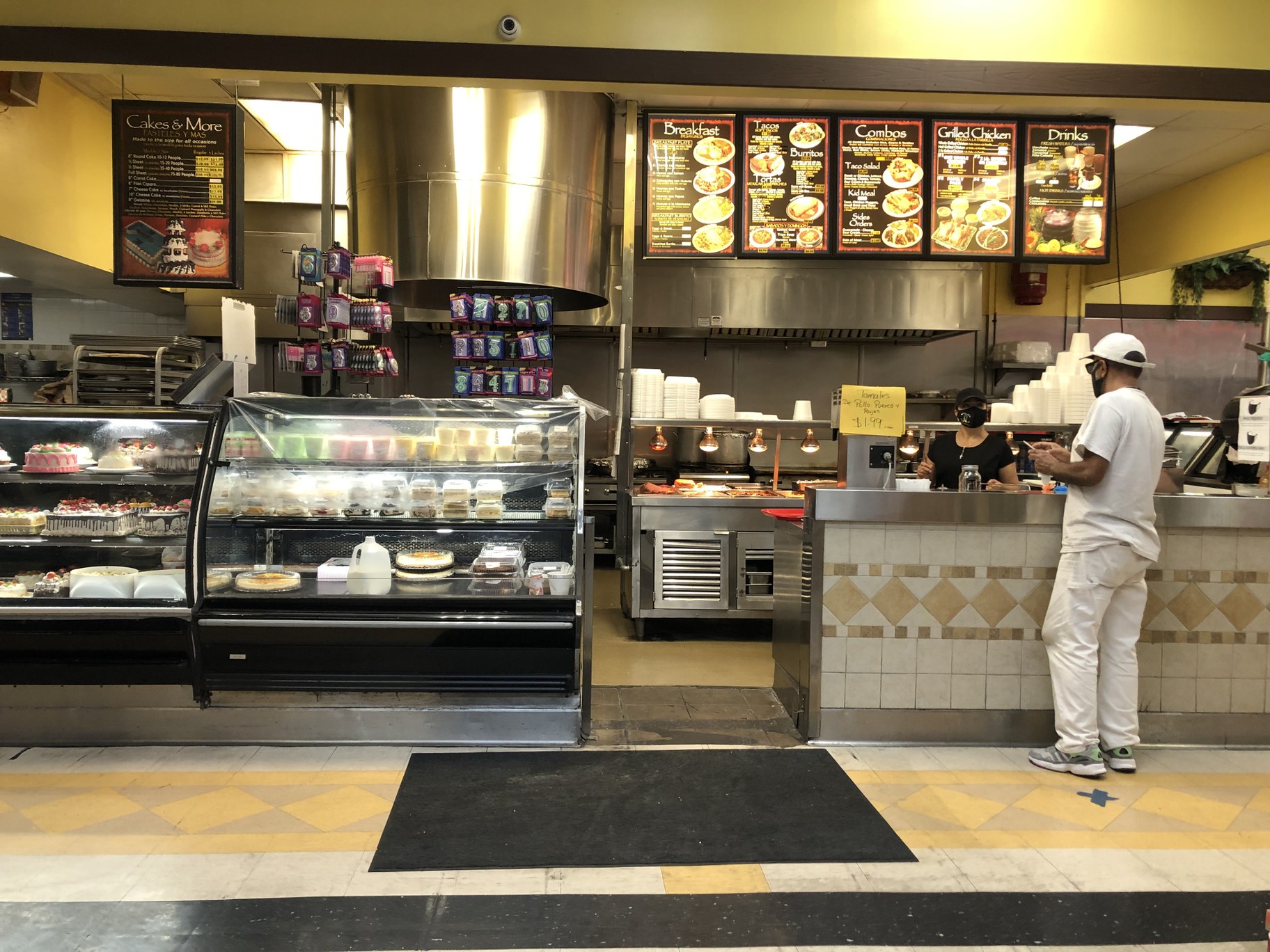 At a dozen for $5, Jimenez’s flour tortillas aren’t cheap. And notice I didn’t say they’re the best flour tortillas in Southern California. Despite their three years in the Suave 16, Jimenez has never managed to crack the Fuerte Four, making them the Gonzaga of the Southern California tortilla world (Google that one, sports-less NPR fans). They’re going up against HomeState in Evan Kleiman’s flour bracket — and HomeState just so happens to be last year’s best flour tortilla AND beat Jimenez in the 2018 Suave 16 round.

And that’s why you gotta buy the flour tortillas at Jimenez: you’re paying not just for the handmade experience, but to keep tortilla diversity alive in the face of the GRUMA monster that threatens to devour us all.