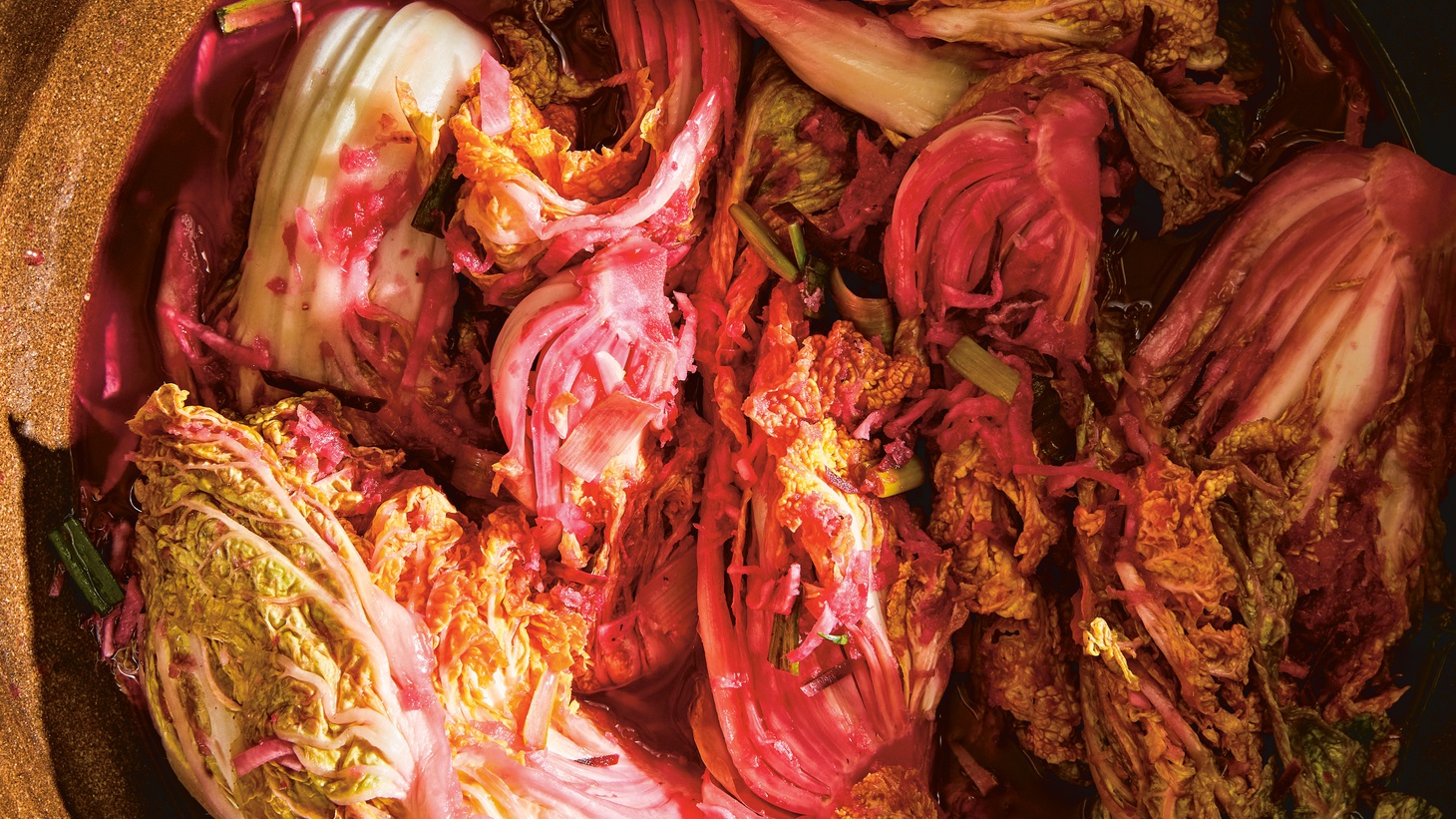 One of the lessons Eric Kim learned from his mother while writing “Korean American” was that in order to cook well, one has to be in the mood for it. He shares her recipe for kimchi in his new cookbook. Photo by Jenny Huang.

Eric Kim, cooking columnist for the New York Times, headed to Atlanta during the pandemic where he worked on his first cookbook, “‘Korean American,” and unlocked the tricks to his mother’s kimchi. Pomologist Adam Leigh Gollner explains the history behind the USDA’s extensive catalog of watercolors depicting fruits and nuts. Rick Martínez shares his recipe for capirotada, a Mexican bread pudding served during Lent. Siobhan McDonough reports on how the conflict between Russia and Ukraine will affect the global food supply. Yuko Wantanabe finds solace baking among plants for an edition of “In the Weeds.” Finally, Kismet chef Sara Kramer uses honeydew radishes from the farmer’s market in a crudo.