In a recent story for The Nation and the Food & Environment Reporting Network, food policy analyst Leah Douglas exposes an obscure legal loophole through which African-Americans living in rural areas have been systematically economically disadvantaged. Her telling of one South Carolina family’s story sheds light on the ongoing struggle to retain black-owned farmland in the South. 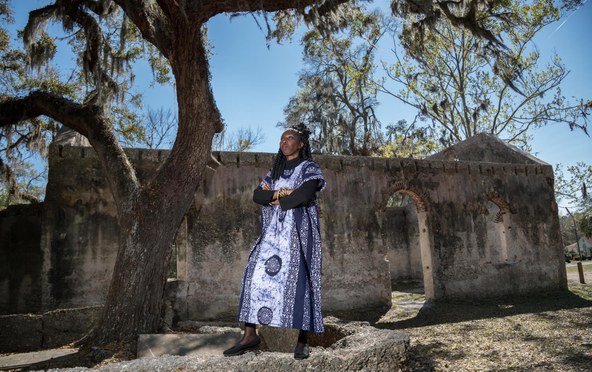 Queen Quet, Head-of-State and Chieftess of the Gullah/Geechee Nation,
which once occupied Hilton Head and most of the coastal islands
that fringe the southeastern United States. (Photo by Richard Ellis)

The relationship between race and food in the South

The intersection of race and food in the American South

Last week, violence erupted in Charlottesville, Virginia at a protest organized by white supremacists and hate groups. Three people were killed and many more were injured....

In a recent story for The Nation and the Food & Environment Reporting Network, food policy analyst Leah Douglas exposes an obscure legal loophole through which...

You may know Jet Tila as Alton Brown’s calmer more measured sidekick on “Cutthroat Kitchen.” But this guy grew up in his family’s famed Bangkok Market in LA. Tila has just...

Cereal was made to be digestible

A bowl of cornflakes seems pretty straightforward. It’s a fast, easy breakfast right? Think again. This cereal was developed not for convenience but as part of a radical...

Laura Avery talks to Jason Hall, chef de cuisine at Jane Q in the Kimpton Everly Hotel in Hollywood, and to Scott Peacock, of Peacock Family Farms in Dinuba, about...