HomeState tortillas are pillowy, and not too big or too small. Photo by Amy Ta/KCRW

*KCRW and Gustavo Arellano’s Great Tortilla Tournament helps you find our city’s best tortillas. But more than making your tacos amazing, the Tournament raises awareness to local businesses — many of which are POC-owned — during this challenging time. Help KCRW continue to lift up our community by becoming a member or donating today.

In a year where everything is seemingly on pause, a revolution, a dumpster fire, or a combination of all three, at least we have this: four great tortillas — two corn, two flour — that will face off this Sunday in our finale for KCRW and Gustavo’s Great Tortilla Tournament with Good Food’s Evan Kleiman!

So before we reveal the finalists, a word about our party. Since we can’t gather together with a huge panchanga like years past, we’re going to do a one-hour Zoom special at 4 p.m. featuring myself, Evan, and fellow judges Connie Alvaraz and Mona Holmes. We’re going to taste the finalists live, have tortilla-making demos from our finalists, and also spin some music courtesy of DJ Raul Campos.

The event is FREE for KCRW members, and costs just a buck for the general public. RSVP here.

But you should totally become a member, not just because doing so ensures that KCRW can hold community events like this, but because your membership will get you a discount on all the finalists up until Sunday! We want everyone to join us in the eating and the fun!

And now, our finalists. This year’s #TortillaTournament saw stunning upsets but also the continued dominance of previous finalists. So, as the kids say, here we go…

#1 Taco Maria vs. #6 Mitla Café: Per Connie: “On to the winning round for my entire batch! While Mitla deservedly made it this far, hands down Taco Maria is the runaway winner. It's the only corn tortilla I would actually eat alone. As much as I love and prefer corn tortillas, they're not snacky enough, like the way a flour tortilla is where you could heat and roll up for a quick emergency bite. The corn are really meant to support or carry a meal, or at least a slather of salsa – they're too dry, otherwise. Somehow, Taco Maria transcends this limitation to make it as much a tastebud star as a background player. WINNER: Taco Maria 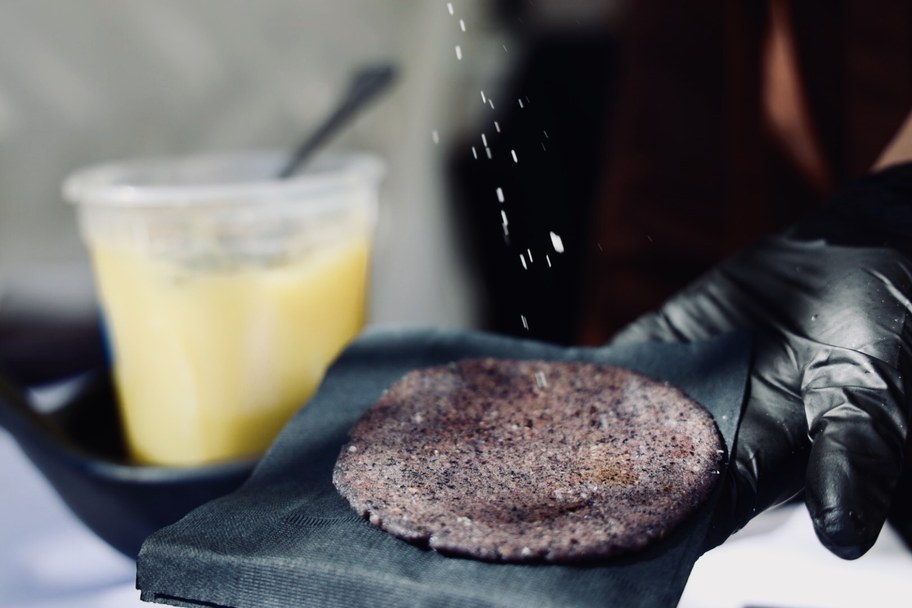 #1 Kernel of Truth vs. #6 El Ruso: Simply put, El Ruso should’ve never made it this far. It’s their flour tortillas that have turned the Boyle Heights taco stand into a rightful must-visit among hipsters, chipsters, out-of-towners, and locals alike. The demand for tortillas de harina is so much that owner Walter Soto recently made the decision to not make tacos with corn tortillas anymore, because people kept asking for the flour.

But it speaks to the power of Soto’s Sonoran-style tacos that his corn tortillas that beat #3 seed Lenchita’s and #2 seed La Talpense, San Fernando Valley icons...all for the privilege to meet #1 Kernel of Truth, a two-time Fuerte Four contestant.

With apologies to Taco Maria, the Boyle Heights tortillamakers make the most important corn tortillas in Southern California. They’re the ones who are trying to make non-GMO heirloom corn tortillas into a mass-produced thing available and widely at markets and restaurants instead of just one spot. Their product is immaculate, and everyone should buy packets from Sara’s Market in City Terrace and anywhere else that stocks them.

I didn’t think El Ruso stood a chance. I was wrong.

It took three rounds, but El Ruso barely beat Kernel of Truth in a HUGE upset. The only advantage El Ruso had was that it was handmade, which lent more individuality and a tad more masa earthiness than what Kernel of Truth offered. I asked Soto where he got the masa for their tortillas de maíz; he said it comes from the iconic Acapulco Tortillería in East Los Angeles, which deserves credit as the trainer for El Ruso’s win. But at the end, many restaurants use Acapulco Tortillería masa; only El Ruso formed it into a champion. WINNER: El Ruso 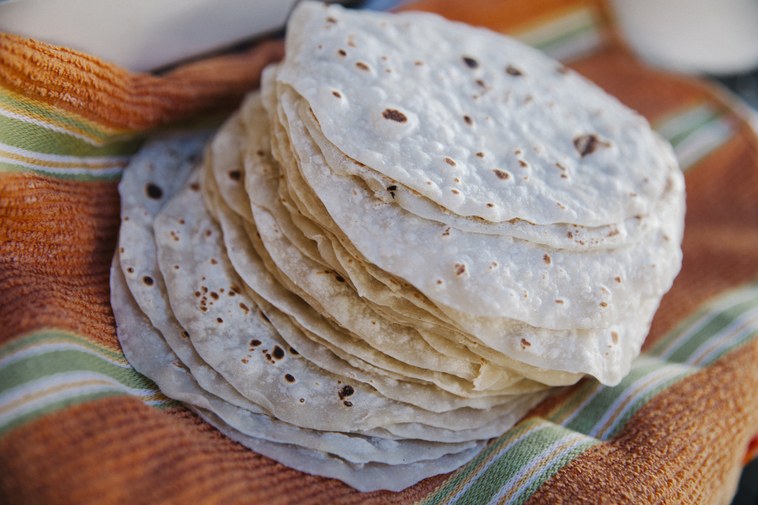 #1 Taco Maria vs. #6 El Ruso: Taco Maria makes it into its third Fuerte Four in a row, the only tortilleria to accomplish this feat. El Ruso sneaks in as the lowest-ever seed to get into the Fuerte Four — but it’s on a hell of a roll, so don’t immediately count them out…

#1 Homestate vs # 3 Jimenez Ranch Market: Per Evan: “Homestate for the win. Despite the pillowy perfection of the Jimenez tortilla, for me this was easy.  Homestate flour tortillas justifiably rose to the top of my matchups.” WINNER: HomeState. 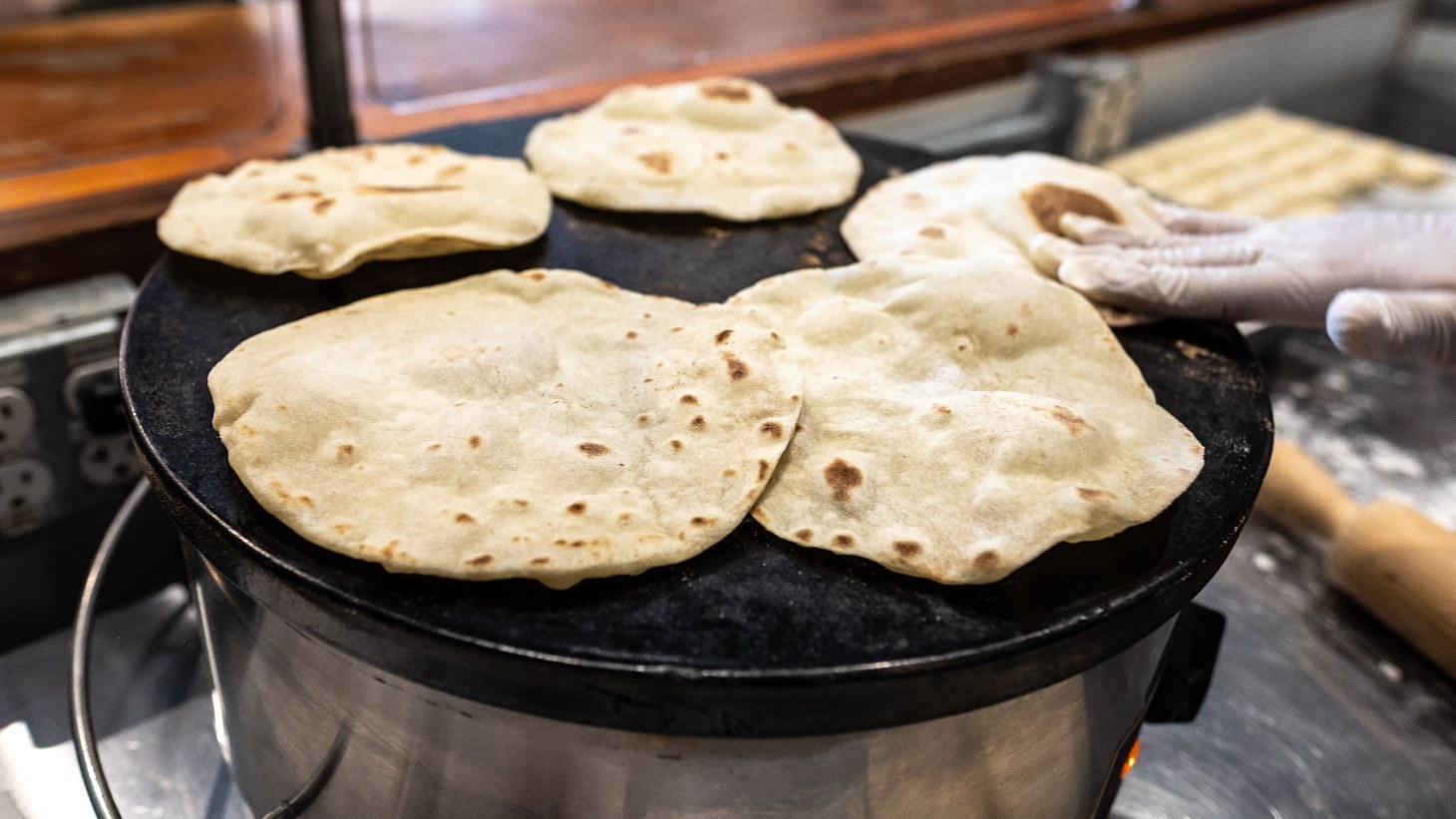 #6 Bar Amá/Amá*Cita vs. #8 El Cholo: Per Mona: It's been torture in the last few rounds. Considering that Los Angeles is deep in championship mode, the timing is auspicious.

In a perfect world, my finalists should have been between the following master flour tortilla makers: Ancho's, Bar Amá, Sonoratown, and El Cholo.

But for today, the finalists are Bar Ama and El Cholo. As far as flavor, Bar Ama is just incredible with the perfect amount of salt. It's a wonderful tortilla. But so is El Cholo, along with consistency that's been perfected through almost 100 years. It maintains a great, silky, buttery tortilla that tastes amazing cold, heated, or with food.

El Cholo is the clear winner for me. WINNER: El Cholo 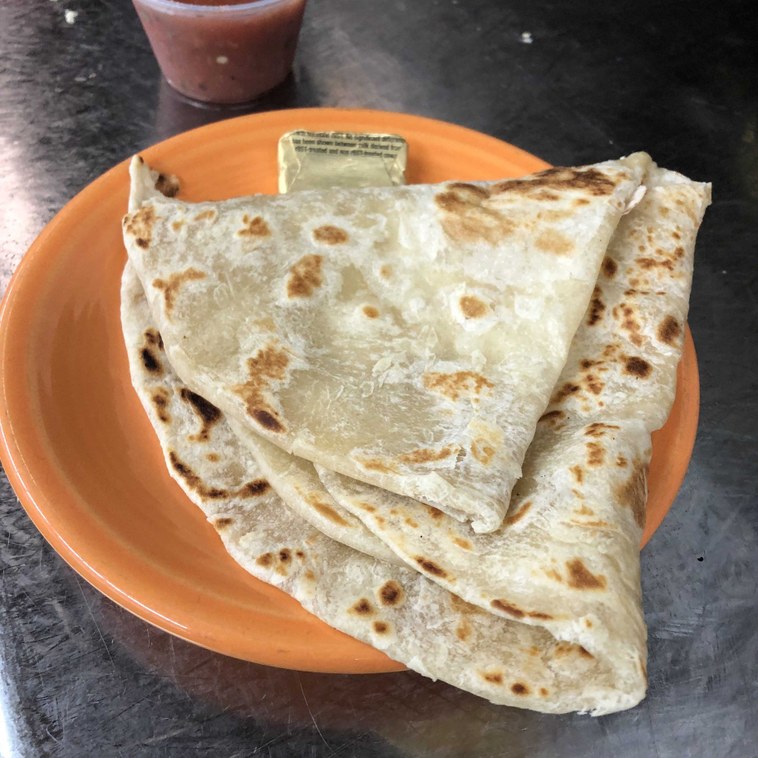 #1 HomeState vs. #8 El Cholo: HomeState makes it into its second Fuerte Four in a row. El Cholo...El Cholo?! The Cal-Mex chain whose Western Avenue location is the third-oldest Mexican restaurant in the United States and you haven’t visited since your aunt’s retirement party? Yep, that one. El Cholo has made tortillas longer than anyone else, with a century-old recipe that calls for milk. When I had them for the first time while scouting for participants this year, I knew they’d be a sleeper.

I didn’t realize they’d be a bracket buster.