Richard Castorena coordinates resources to California farmworkers through his organization Binational of Central California. Dubbed “El Profe '' during his time as an adult educator, he recognized many students, who were farm workers, didn’t have basic school essentials such as notebooks and backpacks. He organized getting them supplies, but the pandemic brought a deeper need. On any given day, Castorena drives a van from Bakersfield to Modesto distributing PPE supplies and food. He has clocked over 25,000 miles during the past year and has reached more than 70,000 essential farmworkers in California’s Central Valley with the help of Radio Lazar’s party van. 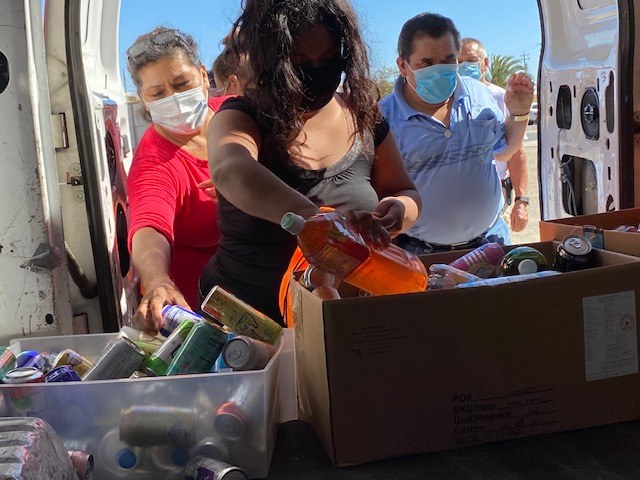 Ricardo Castorena gets texts in the middle of the night asking for milk and eggs. This request is much more specific and significant than groceries, he says. Photo courtesy of Ricardo Castorena.