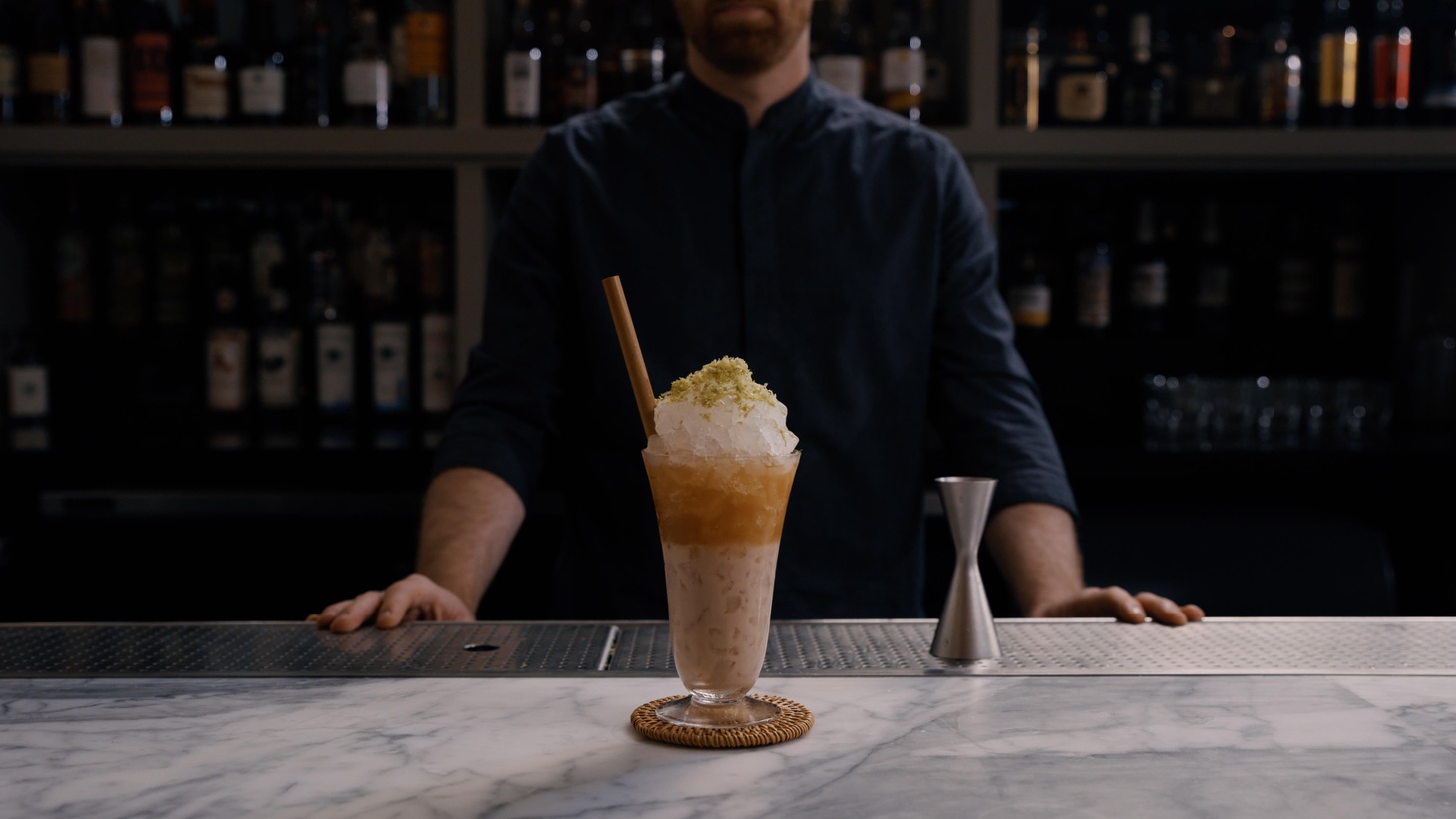 Austin Hennelly stands behind the Amakaze Swizzle, made with masala chai, coconut, almond, and lime. At Kato, he has created a non-alcoholic beverage pairing. Photo by Kenny McMillan.

“About three years ago at the beginning of the pandemic, I was typing to figure out better ways to manage my anxiety,” says Austin Hennelly, the bar manager at Kato. “What ended up doing the trick for me, was eliminating alcohol.” He began exploring non-alcoholic possibilities in a restaurant and had an “a-ha moment” at Gramercy Tavern in New York. “They had a menu of options that included much more than just alcohol-free cocktails. Specifically, I remember having Gewürztraminer juice from Navarro Vineyards and it was so complex and satisfying, and it really added something special to the meal.”

He explains that masterminding the non-alcoholic pairing consists of juicing and clarifying produce, such as bitter melon and cucumber, then mixing it with white peony tea which is carbonated to make something resembling a herbaceous and vegetal gin & tonic. The other half of the pairing are sourced wine alternatives.