In Residence: Jensen McRae is an LA-based artist on the rise Jensen McRae is unquestionably one of KCRW’s favorite new artists of 2020, but you may not be able to fully appreciate why until 2021. That’s currently when she is scheduled to release her first full album of songs — a stunning debut-in-the-making that’s currently set for release in early 2021.

McRae grew up in the Woodland Hills neighborhood of Los Angeles, in a strong, supportive family. She has a tremendous sense of self, and a powerful way with words. In a recent series of Tweets, she described her music as:

“Kevin Garrett doing a coffee shop open mic where his crush is a barista”
“Janelle Monáe if Matty Healy was in her MySpace top 8”
“SZA, but embarrassing”
“Lucy Dacus doing vocal warm-ups in a Barnes & Noble bathroom”
“Corinne Bailey Rae and Justin Vernon playing scrabble together”
“Sara Bareilles writing a musical about an anthropomorphic female owl who is in graduate school”

Whatever you might make of her sound, her music will make a difference in the world through her poetic translation of the female perspective in these trying times. The three songs we’ve heard from her thus far — “Wolves,” “White Boy,” and the timely commentary of “The Plague” — have lit up KCRW airwaves with their exposed lyricism and striking delivery. For KCRW’s In Residence, McRae performed stripped-down, acoustic versions of her releases and included a delicate take on Alicia Keys’ “If I Ain’t Got You.”

Listen in closely and read our conversation on Black artists in the folk-rock space, what Alicia Keys means to her, and albums she’s been listening to.

You speak very candidly, yet poetically, about real issues that young women face every day, not just in your songs, but in all of your writing — poetry, essays, blog posts, screenplays. Can you tell us what motivates you most as a writer?

I’m motivated by representing an experience that I think is underserved. I love every genre of music, but my favorite songs are usually folk-rock and folk-pop. And those genres are really dominated by white men, and the women that do get the spotlight are overwhelmingly white. So I really want to be another tile in the mosaic of the Black female experience.

Black women can write sad indie music in addition to writing soul and hip-hop and R&B. And the same goes for my poetry and fiction and screenplays. I want to create alternatives to all the tropes about Black women in media, because I rarely identify with them, and I know there are young kids out there who would really respond to seeing someone like me in the public eye. 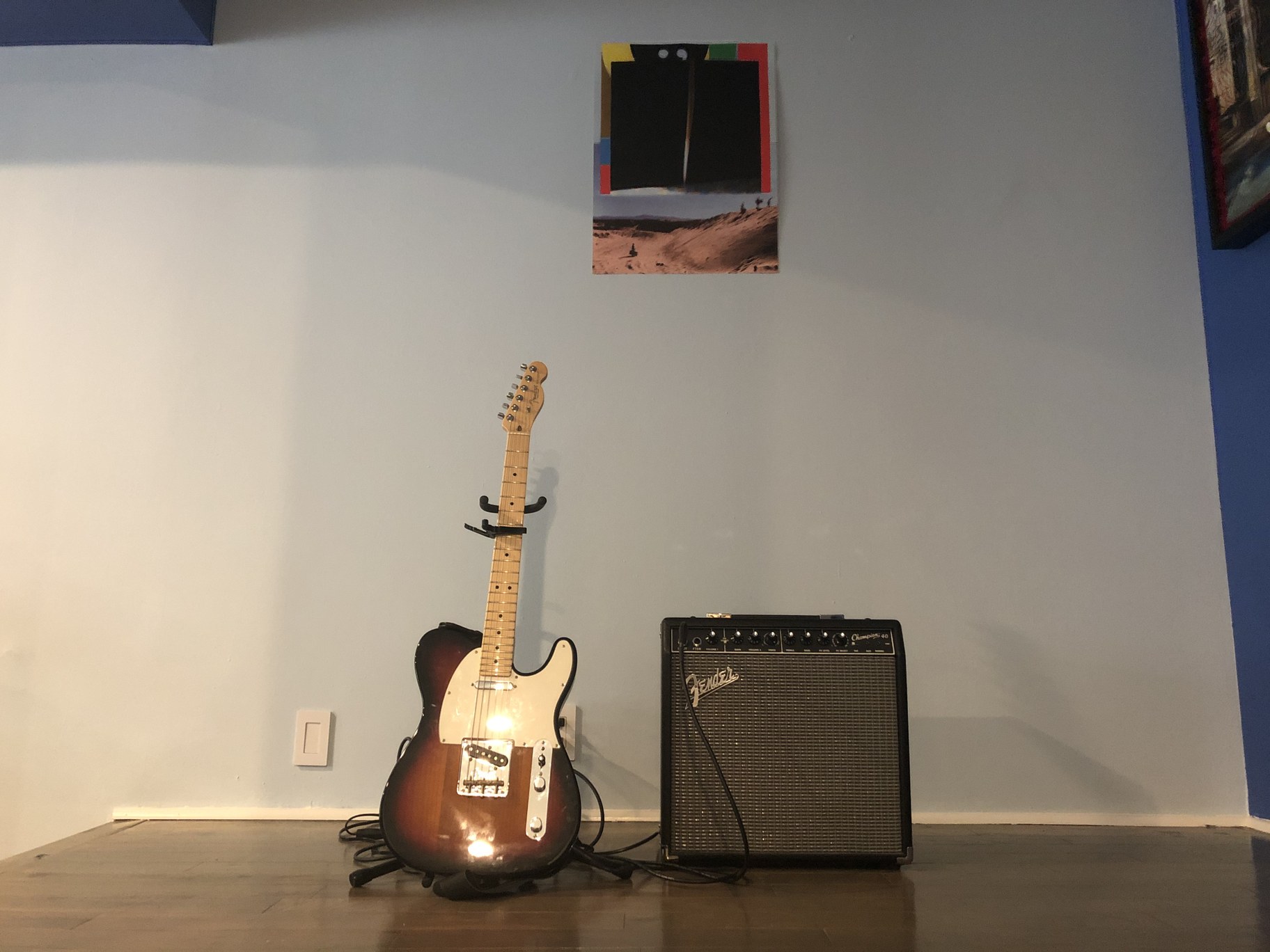 Have you been writing any music that responds to our current environment/situation?

I wrote a song called “The Plague” three days after the World Health Organization designated COVID-19 a pandemic, and as soon as my team heard it, they wanted to release it, just in its raw voice memo form. A lot of the music I’ve been writing that isn’t directly about the pandemic references it glancingly, like the notion of being trapped inside and not being able to go anywhere. And I’ve also written a handful of songs about social justice. One in particular I’m really proud of, about my fears about having a child who will inevitably be Black, that will hopefully come out one day.

How has growing up in a mixed race environment shaped who you are?

I was forced to confront race in preschool, when my classmates asked me why my skin was dirty and why I didn’t look like my mom and whether or not I was adopted. So, basically, in almost every room I enter I am conscious of my skin color and I have to immediately do some social arithmetic to determine whether the space I’m in is safe for me to fully express myself politically and intellectually. It’s also made it instinctual to be an advocate for marginalized groups that I don’t belong to.

You chose to do an Alicia Keys cover for us. Can you share with us what she means to you both personally and professionally?

Alicia Keys is the reason that I am a musician. My mom used to play me her CDs in the car and showed me photos of her as an example of a talented, beautiful, successful mixed race woman. As a child, when people asked me what I wanted to be when I grew up, I would say that I wanted to be like her. Now my musical taste has expanded to include other styles, and I’ve become invested in being the first “me” instead of the “next” anyone else, but she will always be the most significant musical figure in my life.

What’s your favorite album to unwind to?

Phoebe Bridgers’ “Stranger in the Alps” and Kevin Garrett’s “Hoax” are two I go back to a lot. I listen to Sara Bareilles’ “Kaleidoscope Heart” when I have panic attacks. And the Mountain Goats’ “The Coroner’s Gambit” calms me down too.

Edited for broadcast by Kat Yore