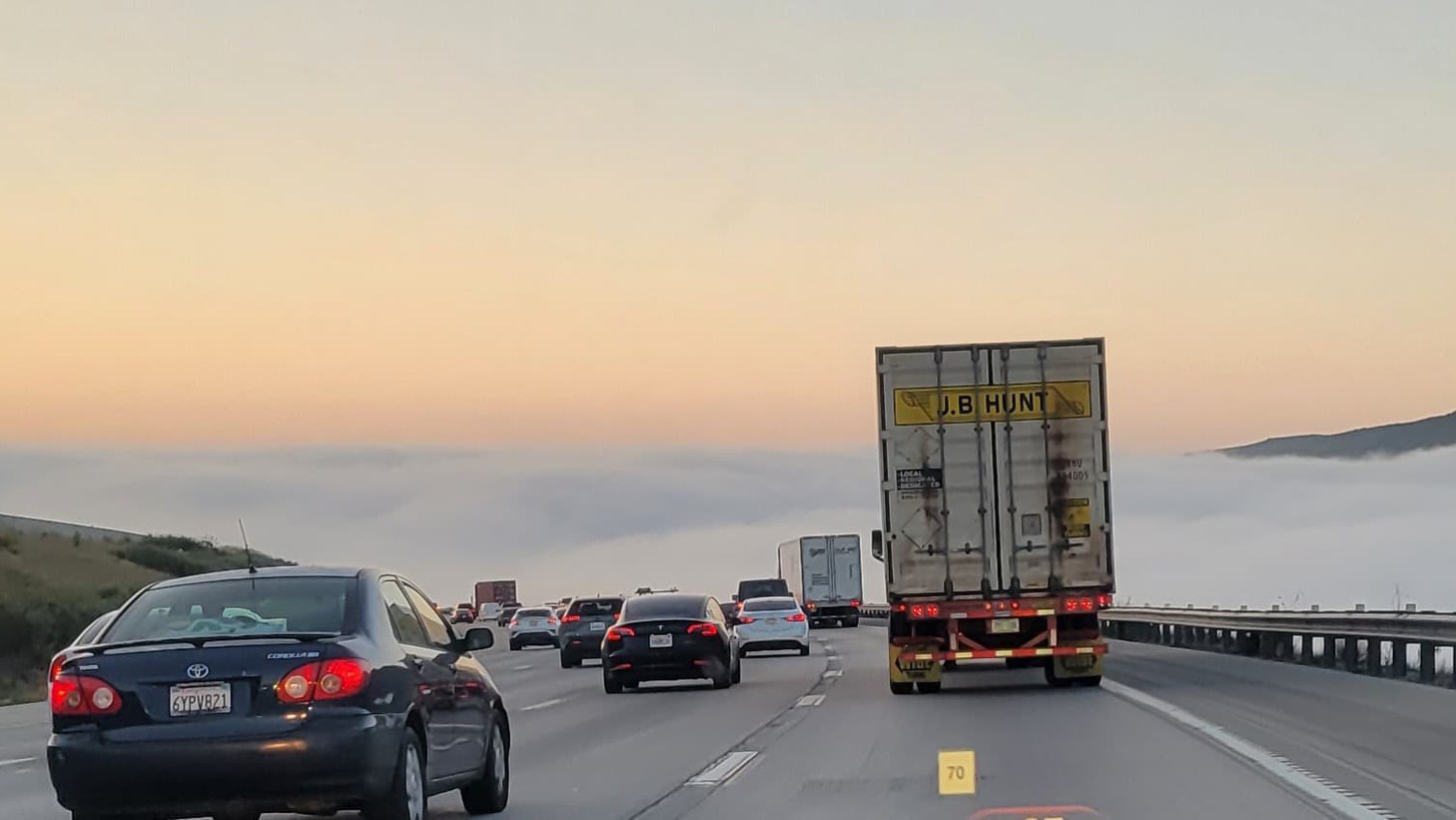 The sun rises on Megan Bailey’s Monday commute as she approaches the 15/215 interchange. She won’t stop driving to work amid record-high gas prices. She and her partner are cutting costs elsewhere — fewer trips and no more cable TV. Photo by Megan Bailey.

Megan Bailey makes an 80-mile trek almost every day from her home in the Antelope Valley to her office in San Bernardino.

It’s the classic supercommuter story: The job is far away, but Bailey’s partner owns the home where they live in Antelope Valley. These days, she’s spending about $35 per day on her commute. That’s about $10 more than when she started making this trek in July.

“I decided to move here to be with him. Love can make us do the darndest things, can't it? But we have a lovely, safe, beautiful neighborhood. The neighbors are nice. The sun is shining, and the birds are chirping. It's okay for us,” she says.

The plight of drivers like Bailey prompted California’s politicians to return most of our state budget surplus to people who own or lease a car. With the spike in gas prices that started when Russia invaded Ukraine in February, the state plans to help subsidize car trips.

Everyone in California with a registered vehicle will automatically get a one-time debit card for $400 per car, up to two cars. 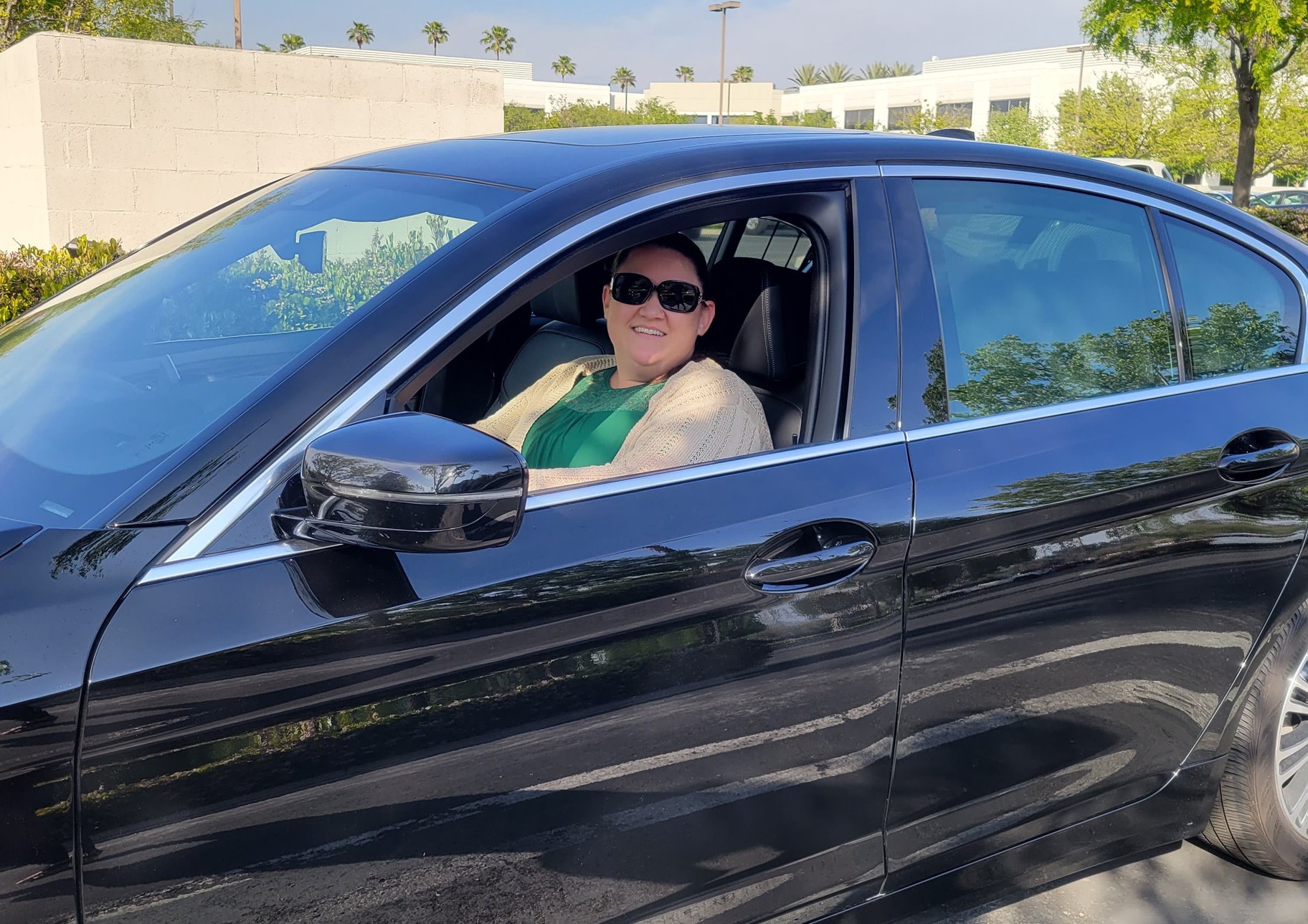 Some drivers – like Bailey – are thankful for the cash. “I think at the end of the day, it's for me, it's about us being okay. And a lot of people aren't okay right now.”

But not everybody views it that way.

Chris Allen schleps multiple times every week from his Valencia home to his Ontario office. And since he works in sales, he also has to drive around to his company’s customers. Chris Allen called the $400 a nice gesture, but not necessarily a fair one.

“I think what they really should do is base it on the amount of driving you're doing. I would like to see it that way,” he says. 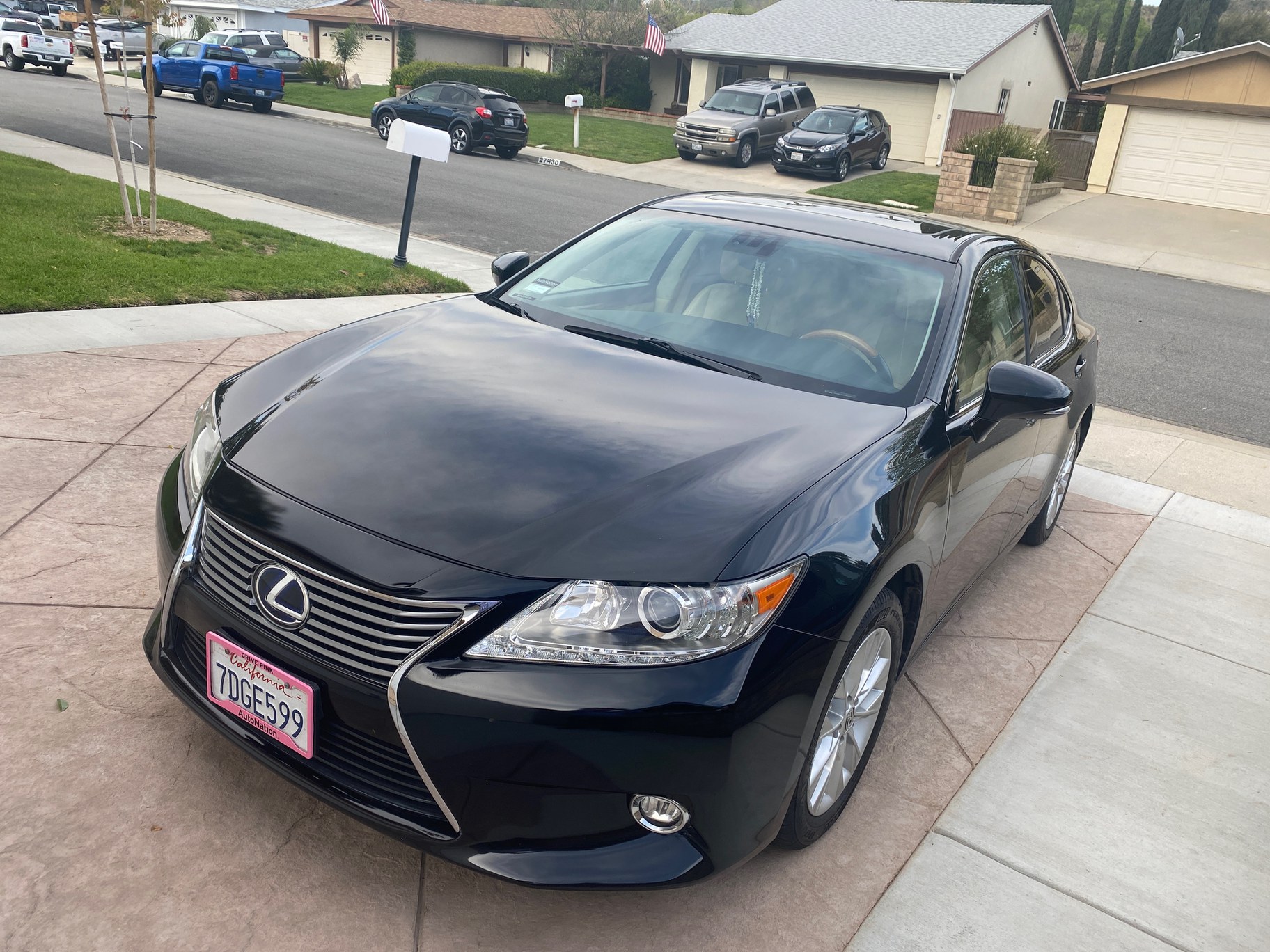 When Chris Allen’s car died two weeks ago, he replaced it with a hybrid that gets better gas mileage. Photo by Chris Allen.

Allen spends about $500 per month on gas these days, around $150 more than this time a year ago. The rebate will pay for that difference in the gas price for less than three months.

“Yes, I'm thankful to get $400. I mean, any kind of rebate anywhere, I'll be glad for but … I think having the gas tax repealed would be great,” he says.

He’s referring to the extra 51 cents per gallon that California collects at the pump to pay for road repairs and other infrastructure projects. California Republicans pitched the idea of repealing the gas tax, but the Democrats hold a majority in the state legislature, and they said no last month. Former Assemblymember Mike Gatto – who represented parts of Glendale and Burbank – isn’t surprised.

“If you repeal the gas tax entirely, of course, you lose the ability to do a lot of the good things that the gas tax funds, and that includes keeping our roads in halfway decent shape,” he tells KCRW.

Gatto says there’s no guarantee the oil companies won’t take advantage of that tax break by increasing wholesale costs, so the savings don’t all get passed onto the consumer.

But Gatto is not a fan of the $400 rebate either. He calls it gimmicky, and says a temporary gas tax repeal that gets retriggered when prices fall below a threshold might satisfy more people.

“That to me is a little bit more of a thoughtful solution than just sending everybody a piece of mail saying, ‘Hey, I'm looking out for you. And here's your gift card.’”

The governor’s office didn’t grant KCRW an interview. But they have said that the average person would save more money in the long run via $400 than a gas tax repeal. Governor Gavin Newsom said in a press conference that changing the amount people get based on their income isn’t out of the question yet.

“I'm completely open … to work with the legislature if they want to create a framework of means testing. In fact, we've already initiated that,” Newsom said.

“It's very difficult in the short run to change your driving habits much. You just generally end up having to pay whatever extra the gasoline costs,” he says. “You can cut out leisure trips, but you usually can't cut out driving to work.”

Bailey won’t stop driving to work, but she and her partner might not do as many hiking trips this year. And they decided to cancel their cable. “We already drive a lot, and we get home, we cook, and it's straight to bed during the week. What's the point of having a cable bill?” she says.

It could be months before Californians get their rebate checks and if current trends continue, gas prices could be lower by then. The Biden administration just started releasing 1 million more barrels from the country’s oil reserve every day in another attempt to curb the steep prices, and they’ve already begun to fall.

In the meantime, Bailey says she’s learned to make the most of her long, expensive drive. She’s stopped listening to the news on her commute, and has used the time as morning meditation.

“I think it’s neat actually to drive through the desert and watch the sun rise and the sun set every day,” she says. “Nobody wants to drive 80 miles one way, of course, for their commute, but at least I get to see some natural beauty on the way every day.”