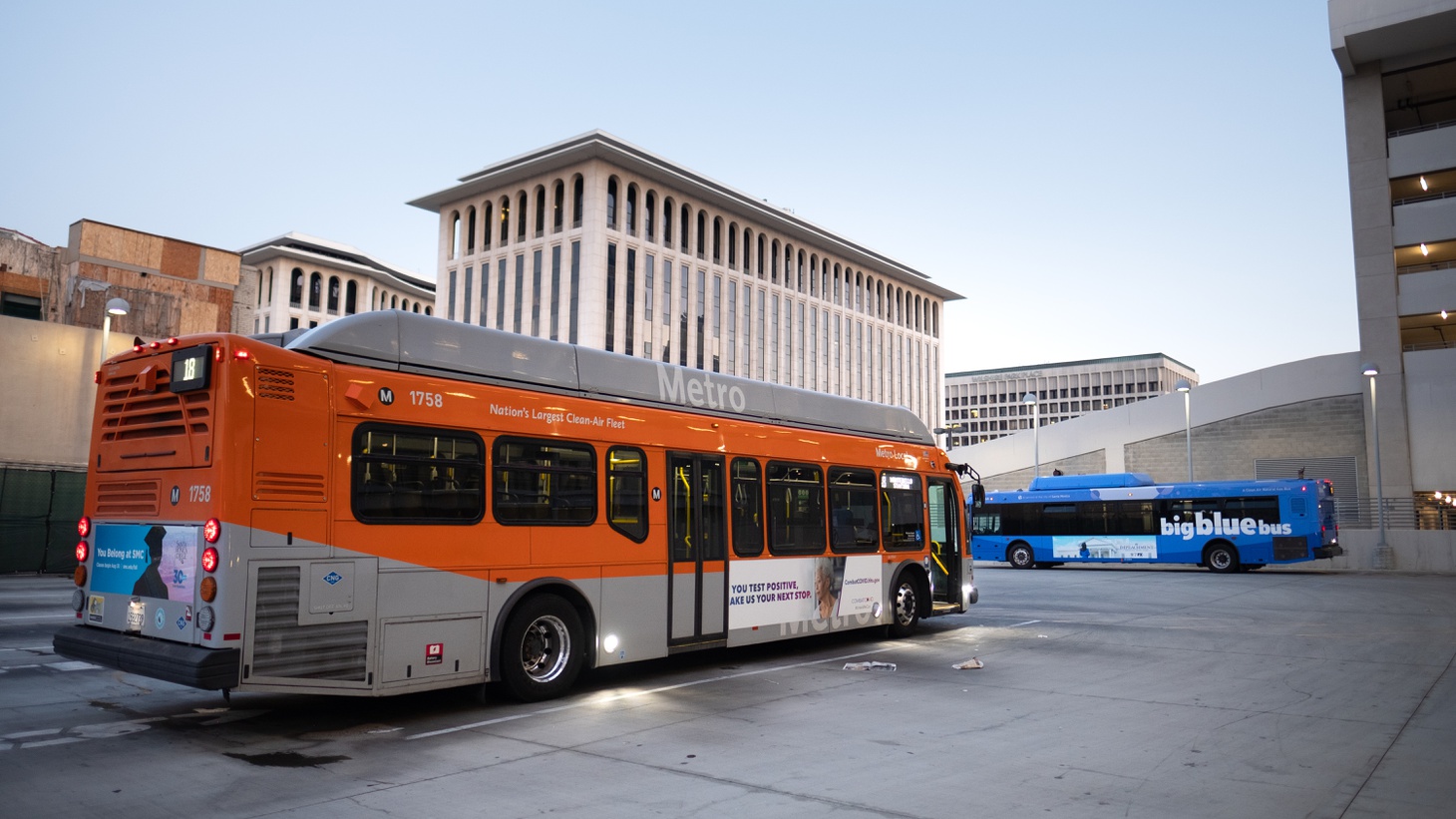 An LA Metro bus is stationed in Koreatown. “Metro took a point-in-time count in August, and they found that there were 4,100 individuals who appeared to be homeless on their buses and about 1,500 on their rail,” says Rachel Uranga, LA Times reporter covering transportation and mobility. Photo by Amy Ta.

If you hop aboard a subway or light rail car these days, you may come face to face with LA’s homelessness crisis. Some transit officials are afraid the system’s unhoused riders are preventing ridership numbers from returning to pre-pandemic levels. Overall bus and train ridership in March was at around 65% of pre-pandemic levels.

With ridership down for commuters and up for people seeking shelter, serious issues are arising for all Metro users and employees, like a 36% increase in violent crime (according to Metro data). The transit agency’s solution: Send counselors into stations and on buses and trains to try to connect people with shelters.

“The Metro system is definitely not created or has the capacity to be a homeless service agency, but it's found itself as a sort of de facto [one],” LA Times transportation and mobility reporter Rachel Uranga says.

Figuring out who is living on public transit has been an important issue for both Metro and the Los Angeles Homeless Services Authority (LAHSA), who included transit in their annual homeless count for the first time this year.

“Metro took a point in time count in August, and they found that there were 4,100 individuals who appeared to be homeless on their buses and about 1,500 on their rail,” explains Uranga. She notes that with an increased housing crisis, the temperature-controlled confines of LA’s buses and trains are the only safe option for some people.

Not everyone wants the non-transit shelter Metro is offering, though. One rider Uranga interviewed, Tracy Hellums, was uncomfortable taking a space in an 80-bed facility. “She didn't want to go into shelter where there might be other addicts or people that might expose her to things that might trigger her addictions or any of her other traumas,” Uranga explains, further highlighting the trickiness of the situation Metro finds itself in.

Now, after years of construction and expansions from the Green to the Purple line, getting people to safely utilize these taxpayer-funded services and getting them back on the trains at their pre-pandemic numbers is a top priority for Metro.

And Uranga points out that public transit won’t just be for locals, either. “They want to get people excited and riding the trains and the buses before the 2028 Olympics.”