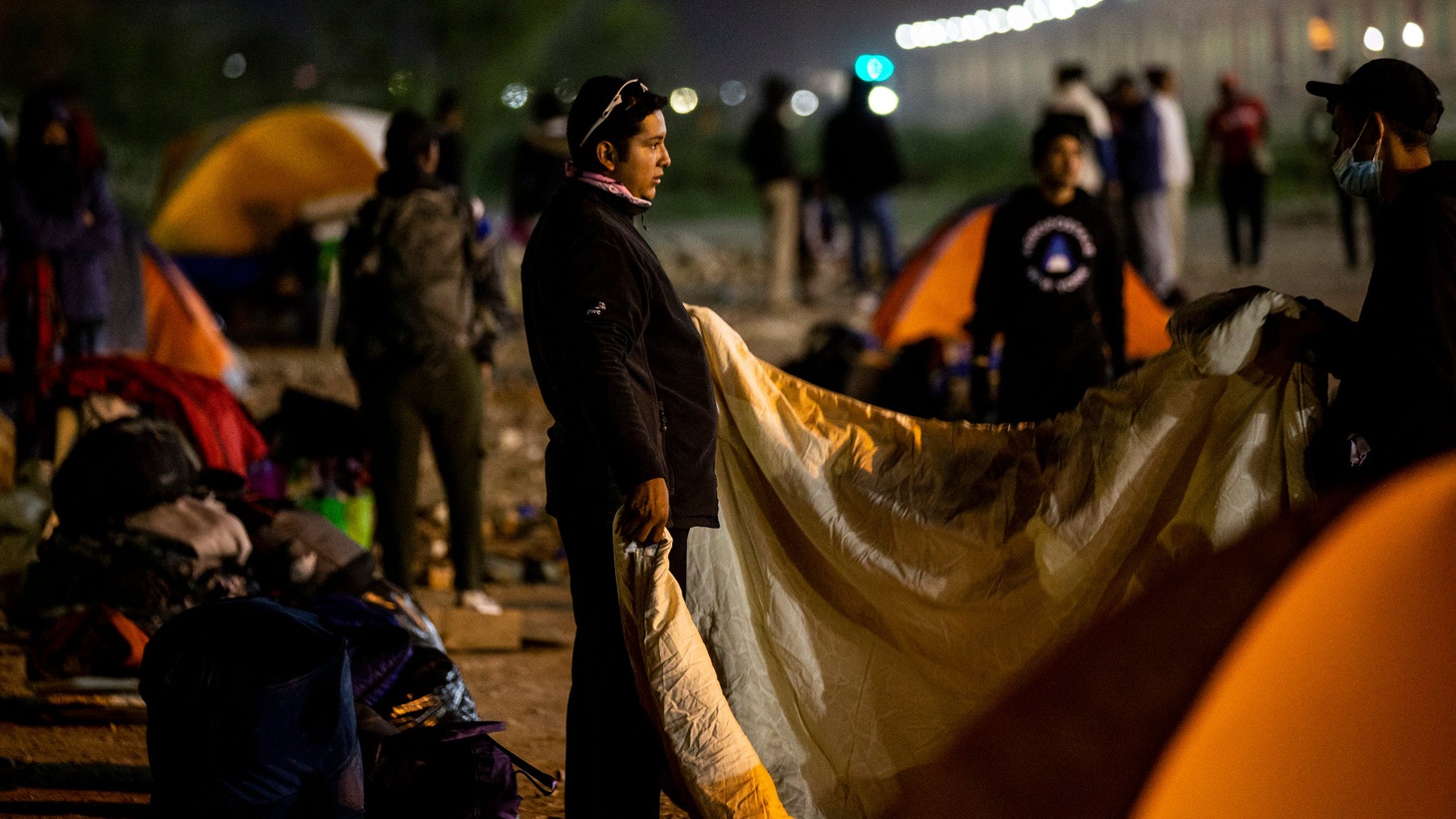 Venezuelan migrants set up an encampment on the south bank of the Rio Grande in Ciudad Juarez. Many of the migrants have been expelled under Title 42 after seeking asylum and are hoping to be accepted as refugees in the U.S., November 28, 2022. Photo credit: Omar Ornelas/El Paso Times / USA TODAY NETWORK via Reuters Connect.

About 2,500 people are trying to cross into El Paso every day, according to Customs and Border Patrol. They’re lining up in freezing temperatures, and sleeping on city streets and in bus stations, waiting for their turn to cross the Mexico-U.S. border. The surge comes as Title 42, the pandemic-era immigration policy, expires next week. It’s a health rule put in place by the Trump administration that allowed border agents to quickly expel migrants at the border.

“Typically, when you have people coming to the border claiming asylum, they get taken to a Border Patrol station. And then they get released to a nonprofit. And the nonprofit is typically the one who helps them make their arrangements for their long-term stay in the United States. … But there's so many people right now that the nonprofits don't even have room for them,” explains Michelle Hackman, immigration reporter for the Wall Street Journal. “People are on the streets, are heading to bus stations by themselves, heading to the airport by themselves, in some cases getting stranded because they don't know where they're going to go next.”

She points out that Republicans are about to take the House and have said they will have a “bonanza” of hearings about the border, make officials testify, and consider impeaching Homeland Security Secretary Alejandro Mayorkas.