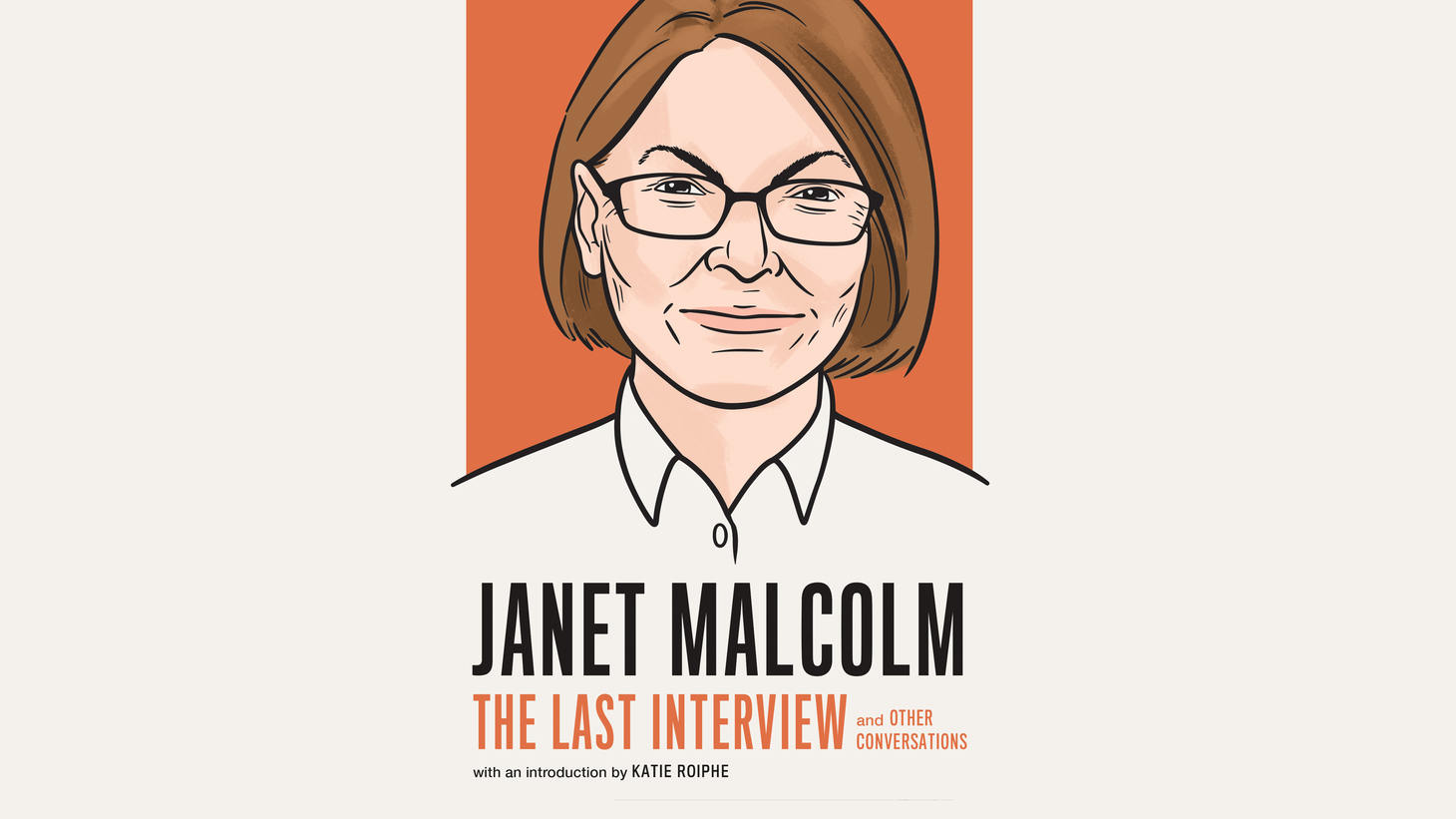 Katie Roiphe knew Janet Malcolm for years, and calls her “both a grande dame of journalism, and still, somehow, its enfant terrible.” One of their interviews is part of “Janet Malcolm: The Last Interview and Other Conversations.” C Photo credit: CHP Books.

“Every journalist … who is not too stupid or too full of himself to notice what is going on … knows that what he does is morally indefensible." Those are the provocative opening lines from Janet Malcolm’s 1990 book “The Journalist and the Murderer.”

A journalist herself, Malcolm alienated many in her own profession for an investigation into how a journalist sold out his subject who happened to be a convicted killer.

But she wrote many other books — all with a similar unsparing eye. And she wrote for the New Yorker for half a century.

Janet Malcolm died last year. Katie Roiphe, who knew Malcolm for years, calls her “both a grande dame of journalism, and still, somehow, its enfant terrible.” One of her interviews with Malcolm is part of a new collection of essays called “Janet Malcolm: The Last Interview and Other Conversations.” Roiphe also wrote the introduction. She’s an author and journalist who leads the Cultural Reporting and Criticism program at NYU.

“The pieces she became known for, the very idiosyncratic Janet Malcolm style, actually came to be because she was quitting smoking,” says Roiphe. “And she felt that she couldn't write without a cigarette, like that was just her belief when she first quit. … She kept putting off the writing and … did more reporting, and talked to more people, and went deeper into reporting. … It was this weird moment where she just took this kind of weakness or this character flaw … and turned it into this incredible style.”

She continues, “Then she became very quickly known for the sharpness, the fierceness, just how like unbelievable she is at observing people, at description, at evoking the deep happenings in her stories.”