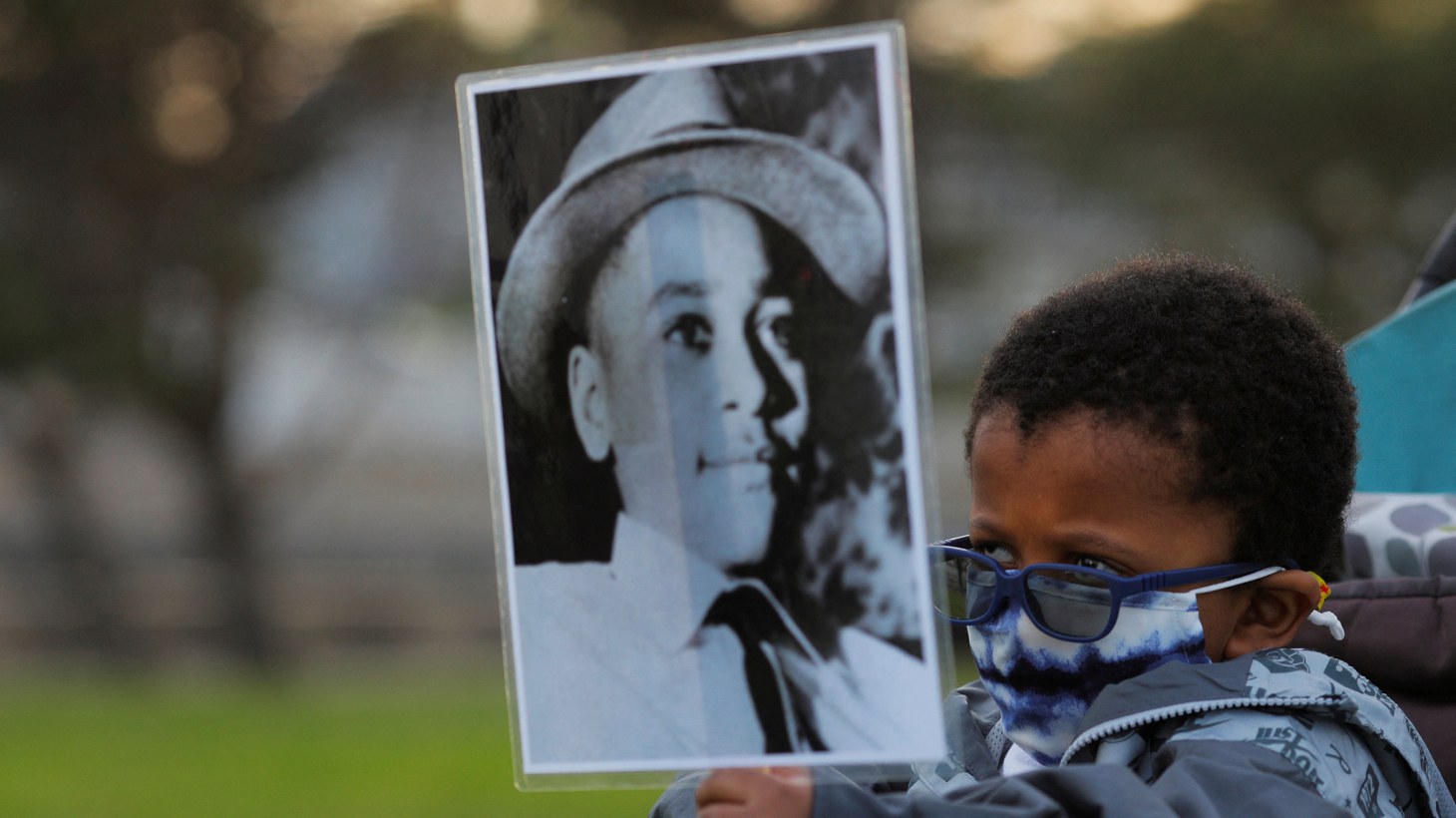 A four-year-old holds a photograph of Emmett Till, a 14-year-old Black boy who was lynched in 1955, at a vigil on the one-year anniversary of George Floyd’s murder on May 25, 2021. Photo by REUTERS/Brian Snyder/File Photo

Lynching is now a federal hate crime, punishable by up to 30 years in prison. It’s the result of a new law signed by President Joe Biden last week, named after Emmett Till, the 14-year-old boy who was kidnapped and lynched in 1955. It’s taken more than a century, and more than 200 attempts, to pass the federal legislation. New York Times opinion columnist Jamelle Bouie talks about why it’s taken so long to pass the law and how it could be used to prevent future crimes.