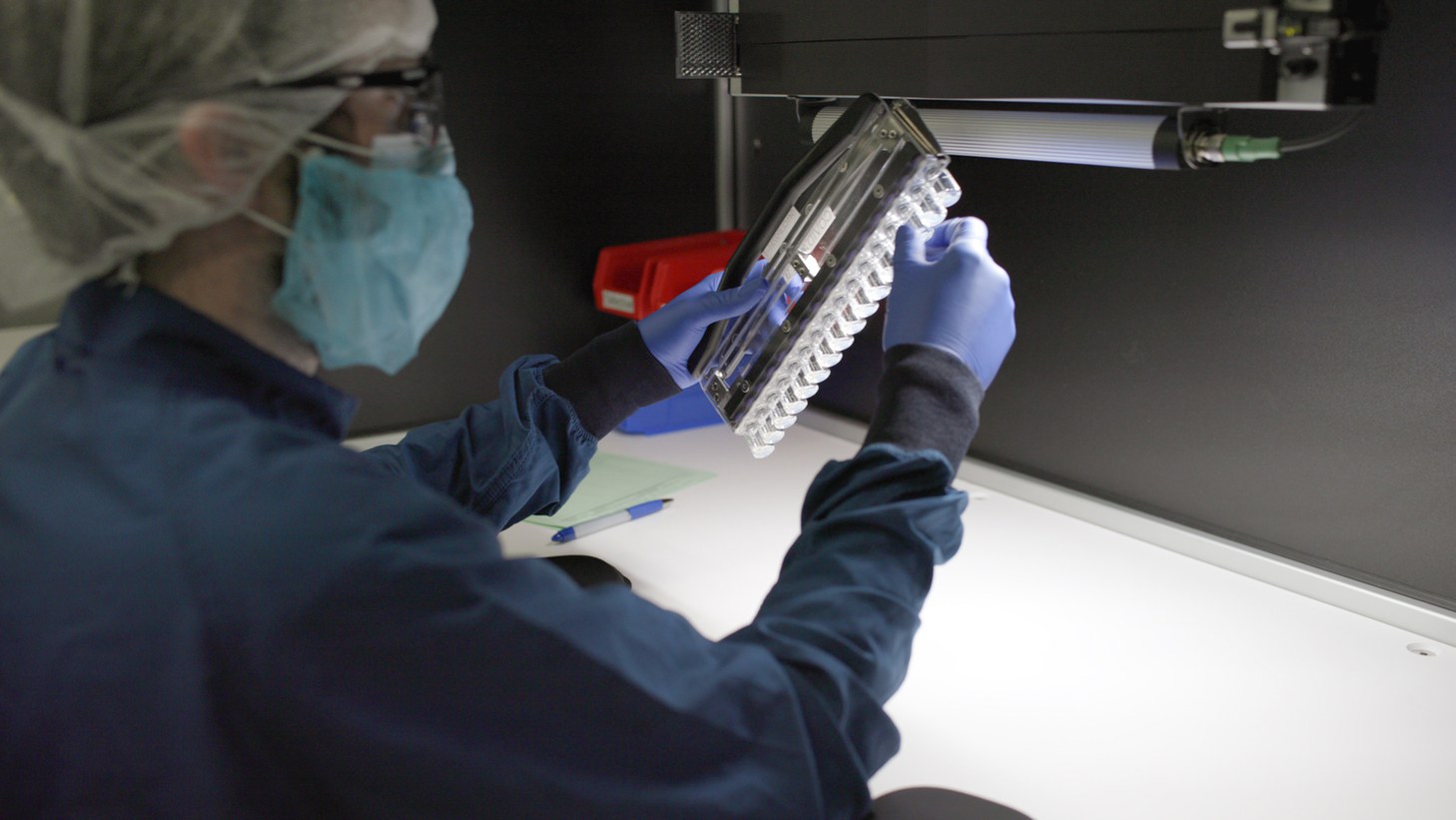 “These very scientists … hardened into this activist stance themselves by their experience in HIV and AIDS. They came out of the cage in January and February of 2020, knowing that they were called upon by this new pandemic to behave in superhuman ways, and they really did do it,” says filmmaker David France about the scientists who worked to develop a COVID vaccine. Photo courtesy of HBO.

The Trump administration’s Operation Warp Speed was a $10 billion program launched in summer 2020 to develop a COVID-19 vaccine as quickly as possible. The president himself described it as the largest government undertaking since the Manhattan Project, which created nuclear weapons during WWII. But the race to make a COVID vaccine actually started months earlier, long before lockdowns and mask mandates. In “How to Survive a Pandemic,” journalist and filmmaker David France tracks the vaccine’s development and its politicization.

France tells KCRW that after the pandemic started, he was struck by the similarities between COVID and the HIV/AIDS epidemic. He covered the epidemic previously in “How to Survive a Plague.”

“All of the people I had watched so many years ago in their scientific fight against HIV were the people stepping up again to take on this new viral pandemic,” France explains. “It was interesting to watch what they had learned over these years … and how more prepared they were.”

Much of the documentary follows Jon Cohen, a staff writer at Science who covers HIV/AIDS and the vaccine development process.

“He is unmatched in his reporting on the vaccine world. I started in the early days of the pandemic … just obsessing personally about the vaccine,  [thinking], ‘Where will it come from? Will it be successful? Do we trust the approaches that people are taking?’ And I turned to Jon for my own personal solace, and I recognized how clued in he was in a way that would allow us to see this development before anybody else.”

France says Cohen was initially concerned the Trump administration wouldn’t be able to handle the incredible pressure they faced amid COVID chaos. Looking back, France says the administration deserves a lot of credit for its work in creating a COVID vaccine in 11 months. 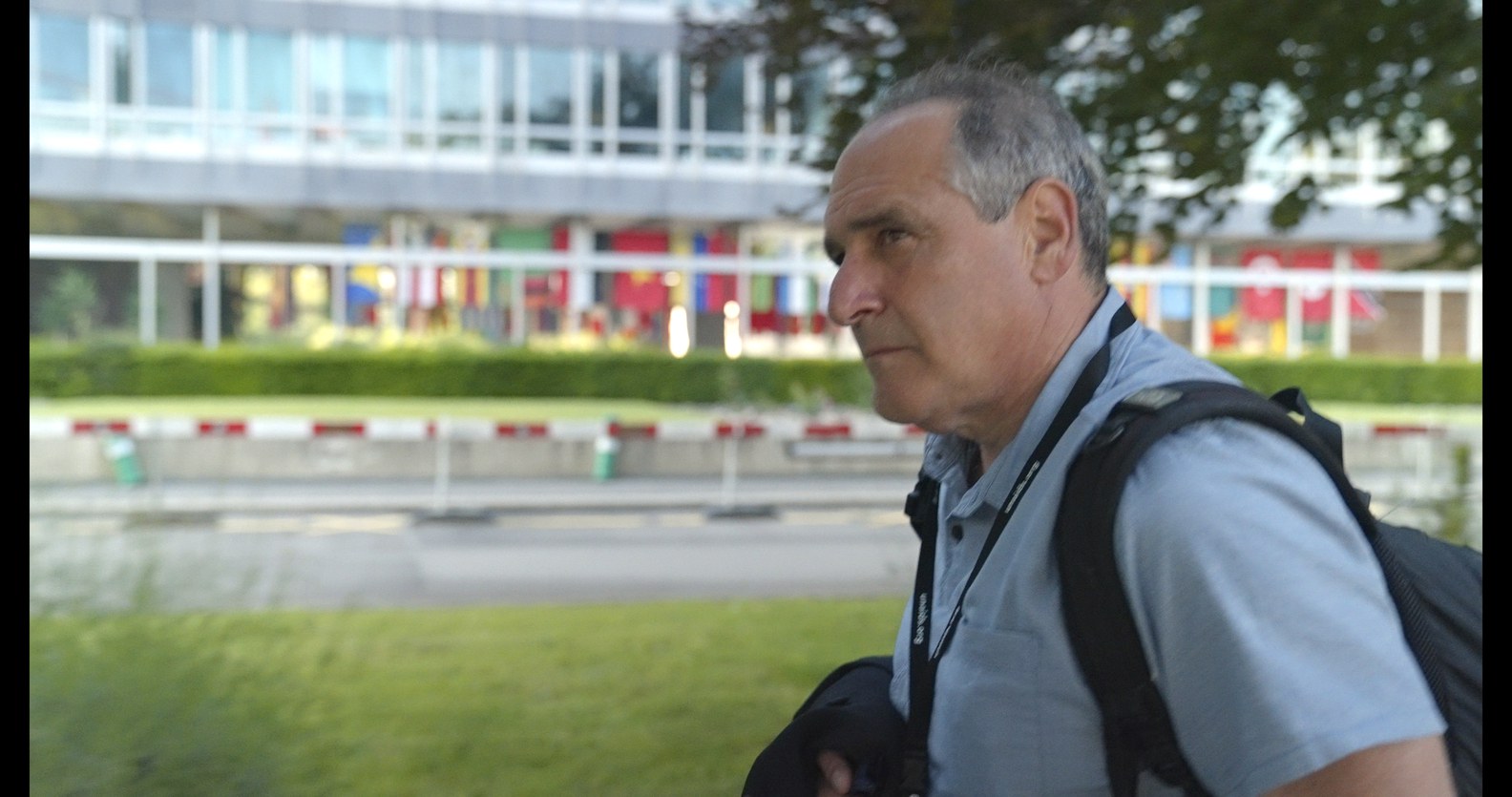 Jon Cohen is a staff writer at Science who covers HIV/AIDS and vaccine development. “I turned to Jon [Cohen] for my own personal solace, and I recognized how clued in he was in a way that would allow us to see this [vaccine] development before anybody else,” says director David France. Photo courtesy of HBO.

Though the vaccine was developed quickly, the federal government and Food and Drug Administration were slow to approve other products, such as booster shots and at-home COVID tests. They were criticized for that, but France argues that the scientific community did what they could with the data they had, and it was a result of AIDS-era knowledge.

“These very scientists … hardened into this activist stance themselves by their experience in HIV and AIDS. They came out of the cage in January and February of 2020, knowing that they were called upon by this new pandemic to behave in superhuman ways, and they really did do it,” he says. “There's only praise for the work that they were able to accomplish, even knowing that they were just as frightened as we were about going out, and going to the lab, and working with the virus before anyone really understood its nature.”

He adds, “I know that people were working around the clock in ways that they had never worked before. If there's a hall for heroes in all of this, the people working on the vaccines will be among them.”

The documentary also features a Pittsburgh priest named Paul Abernathy, who serves a predominantly Black community and talked to people about their concerns.

“He understood what was troubling the people in his community. So much about vaccine hesitancy is not well understood. There's so much we have to learn about how to talk about science … but who have somehow over the years grown increasingly suspicious of science and those who practice it,” he notes.

France points out that the scientific community expected a degree of vaccine skepticism, but was baffled at how politicized the shot became.

“From the very beginning, people were saying to me, ‘Look, if you want to see how this is going to play out, you have to watch not just the vaccine development- — because a vaccine is not a vaccination. And only once it becomes a vaccination — liquid in a syringe emptied into an arm — only then is it doing the work of the science.”

France says the negative sentiments were also shocking because the treatment was the most remarkable achievement of the Trump administration, but Trump supporters were often fervently against the vaccine. Some supporters even turned against him when he urged Americans to get vaccinated.

“The people we quote in the film say, ‘No, he didn't get it. He wouldn't take it.’ And, remember, he took [inoculation] in secret, unlike the many, many political leaders in the world. He didn't sit in front of a camera and roll up his sleeve. He took a couple of shots in the sun room of the East Wing of the White House, and then never said anything about it. Not for months. And that certainly had an impact on his followers.”