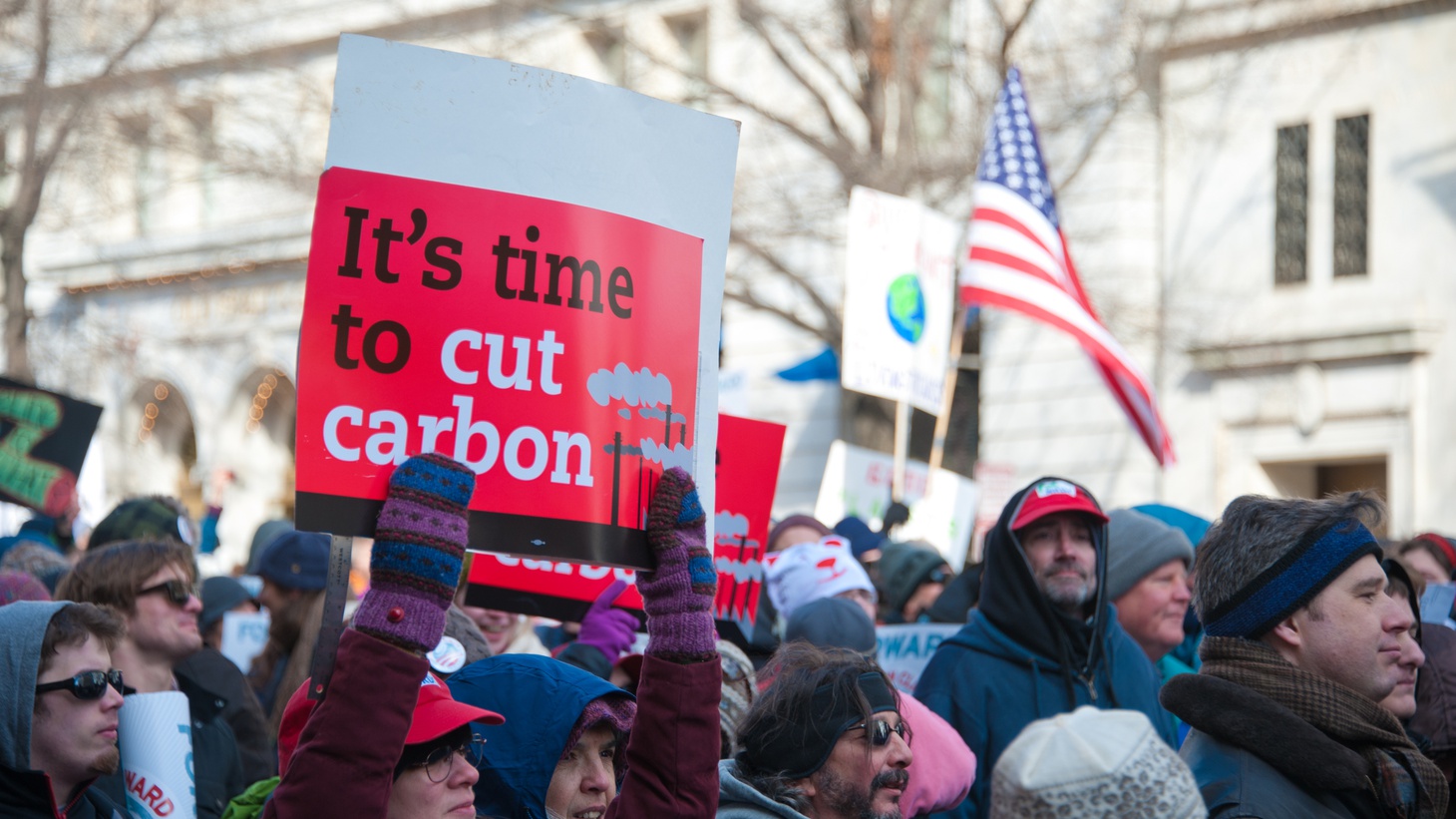 An activist holds a sign that says, “It’s time to cut carbon,” at a rally in Washington D.C. Photo by Shutterstock.

The world can cut its carbon pollution in half by 2030, but it needs to act faster to avoid widespread destruction that comes with warming temperatures. That’s according to the latest United Nations’ Intergovernmental Panel on Climate Change report. Can it be done?