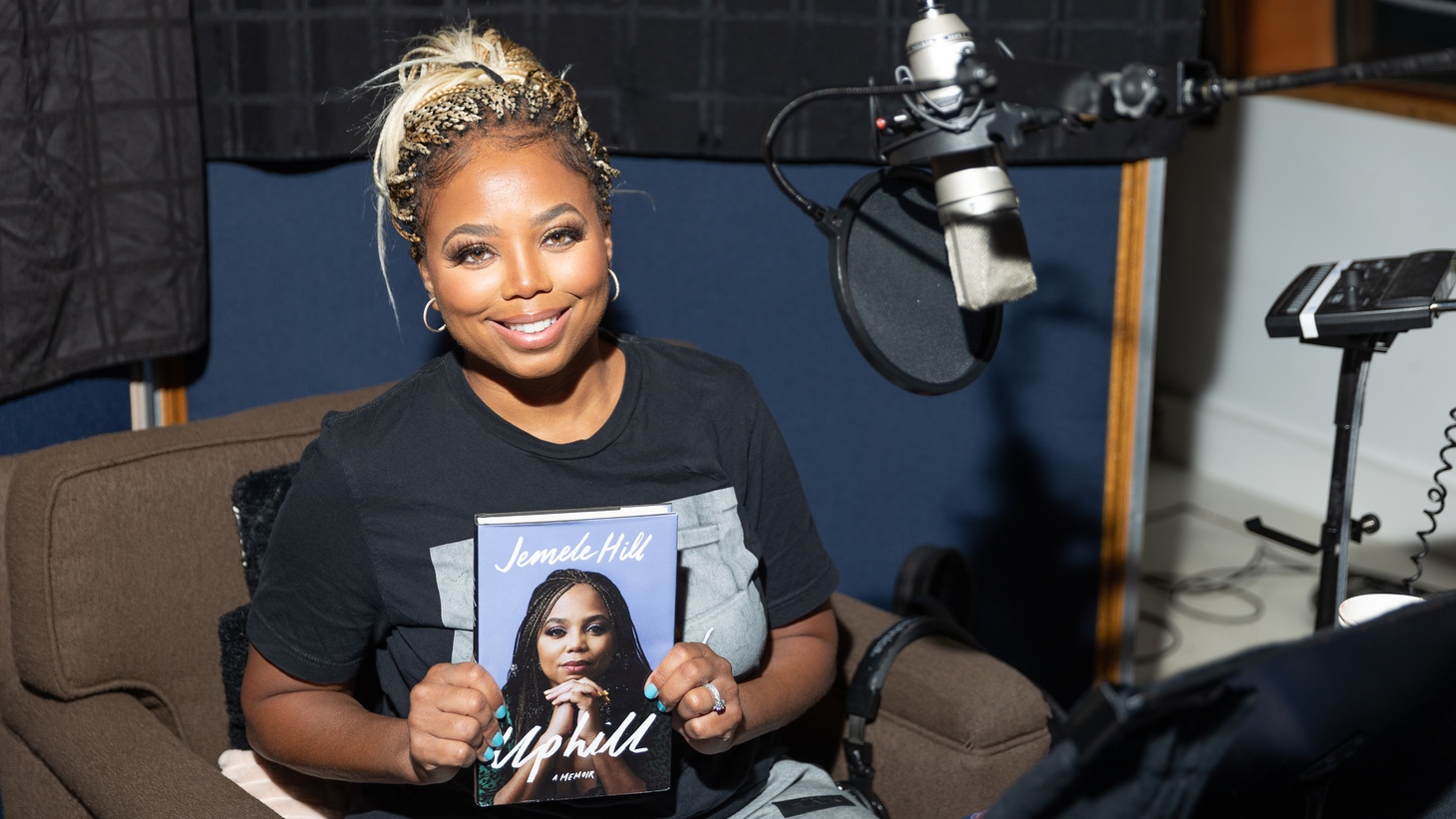 “I always knew I deserved better. … My mother never made it seem like the path that she was on was the right path, and she decidedly told me it was the wrong one. And so the idea of going to college, making a better life for myself was always something they reinforced time and again,” says Jemele Hill. Courtesy of Chris Schmitt.

After the Unite the Right rally in Charlottesville, ESPN host Jemele Hill posted a series of tweets about then-President Donald Trump. She wrote, “Donald Trump is a white supremacist who has largely surrounded himself with other white supremacists.” It came in response to his now-infamous comment about the fine people on both sides. Hill didn’t think it was a particularly controversial statement.

But soon, the tweets went viral and her bosses weren’t pleased. ESPN issued a public apology. A few weeks after, she was suspended over a second viral tweet about NFL players kneeling during the national anthem. She later parted with ESPN.

Hill writes about that period of her life in a new book called “Uphill: A Memoir.” It also includes her childhood growing up poor in Detroit to a single mom who struggled with drug addiction.

Hill tells KCRW she has no regrets over those tweets she wrote five years ago. While she didn’t expect them to push Trump and his supporters to attack her, she says it brought clarity to her professional goals.

“Presidents get criticized all the time, even by members of the media, though I was not a member of the political media in particular. It seemed to me to speak more about him than about what I said, because he had a very defined history of responding to things that he saw on television all the time,” Hill says. “He was free to comment on whatever he would like, but at the same time, it just seemed to be something beneath the standard of the office.”

Before her departure, Hill worked at ESPN for 12 years. She says she was disappointed in how her bosses reacted to the attacks.

“As a journalist … the media outlet that they represent is supposed to stand with them. … That ran counter to what I always believed was the responsibility of the person that employed you or the people that employed you,” she explains. “They knew me or so I thought. And to see their lack of response was very telling to me.”

At the same time, Hill and her co-host Michael Smith had been promoted to be anchors of the 6 p.m. SportsCenter broadcast. She says her team faced immense difficulties while building a new direction for the show.

“They gave us producers and all the things that we would tangibly need at our disposal to produce a good show, but I'm not sure if they ever believed in our vision and believed in us,” she says. “It seemed like they wanted to go back to the kind of SportsCenter that we never wanted to do.”

She adds that it felt like they weren’t being accepted culturally. Both Hill and Michael identify as African American.

“Being Black, that's something that we're proud of. That we're going to bring into whatever we do organically, not just because we're trying to, and there was a lot in that that they seem to reject.”

She adds, “They wanted us to change that. And as a result, it really wasn't the experience I thought it was. And so that's why I often say SportsCenter was the worst job I've ever had, because it was just so many people who are involved in the show, so many different opinions. And it just felt like they really didn't accept who we were.”

Why race and gender don’t exist in a vacuum

Hill argues that social issues like race and gender can’t be kept separate when talking about sports.

“Sports have often either been representative of the social issues that are happening in our country, in our world, or sports have been used as a vehicle to get people to talk about them differently. So they've never been apart.”

She references Jackie Robinson’s integration into Major League Baseball in 1947 — two decades before the Civil Rights Act and the Voting Rights Act were passed in the U.S. She also points to Black athletes who marched in the streets following the murder of George Floyd.

“It's our responsibility as journalists to cover this. We can't act like it's not happening. A lot of it is not that we're forcing these conversations in sports. They have been there. But there's a lot of people who'd like to make the intellectually dishonest argument that they should be separate, as if sports is happening in an entirely different universe than the rest of us. It's not. And I think it would be irresponsible if journalists did not cover how those issues show up in sports.”

Behind the scenes, Hill says she had discussions with her bosses about these issues.

“My position was the same: We should stop giving in to people who are basically the loud minority. And I think because ESPN has always been in the position of appealing to everybody, never being polarizing. They got in scramble mode and tried to, again, capitulate to a crowd that, frankly, wasn't going to be satisfied, and just wanted to yell.”

Hill’s mother struggled with addiction, which she recounts in “Uphill.” That includes a moment when her mom placed a piece of crack cocaine in her hand and warned her of the horrible things that would happen if she went down that road.

While she didn’t fully understand what happened in that moment, she could see its importance. “I did understand, in very real time, that my mother’s in a dark place. I cannot get her out of this dark place, and I don't know when she's coming out of it.”

Hill was constantly on alert, aware of what her mother’s addiction had done to their lives.

“When you're a child … you want to be safe. You want to be happy, and you want to feel like the people in your life, you can rely and depend on them. And so that left me with this unease all the time of, ‘When is the next shoe going to drop?’ Or that something terrible was just always around the horizon.”

The addiction, as Hill explains, stems in part from her mom’s experience with severe PTSD. As a child, she was sexually abused by her uncle and was later brutally raped. But Hill says her mom always guided her away from following in her footsteps.

“My mother never, ever wanted me to use any of the personal demons she was fighting as an excuse not to hold myself to certain standards. Even though it may seem backwards to people, or may seem very counterproductive for her to show me crack and tell me not to do it, but to still do it — it worked. I got the lesson. All it did was teach me that whatever I would do, whatever it took, to make sure I never befell the same circumstances.”

That familial hardship propelled Hill to create a better future for herself. It also pushed her family to be supportive of her going to college.

“I always knew I deserved better. … My mother never made it seem like the path that she was on was the right path, and she decidedly told me it was the wrong one. And so the idea of going to college, making a better life for myself was always something they reinforced time and again.”

She adds, “I decided to create it through journalism and through writing. And wanting to be a reporter — that became my pathway because I loved it. It was something I was good at. And I wanted to see where it would take me.”