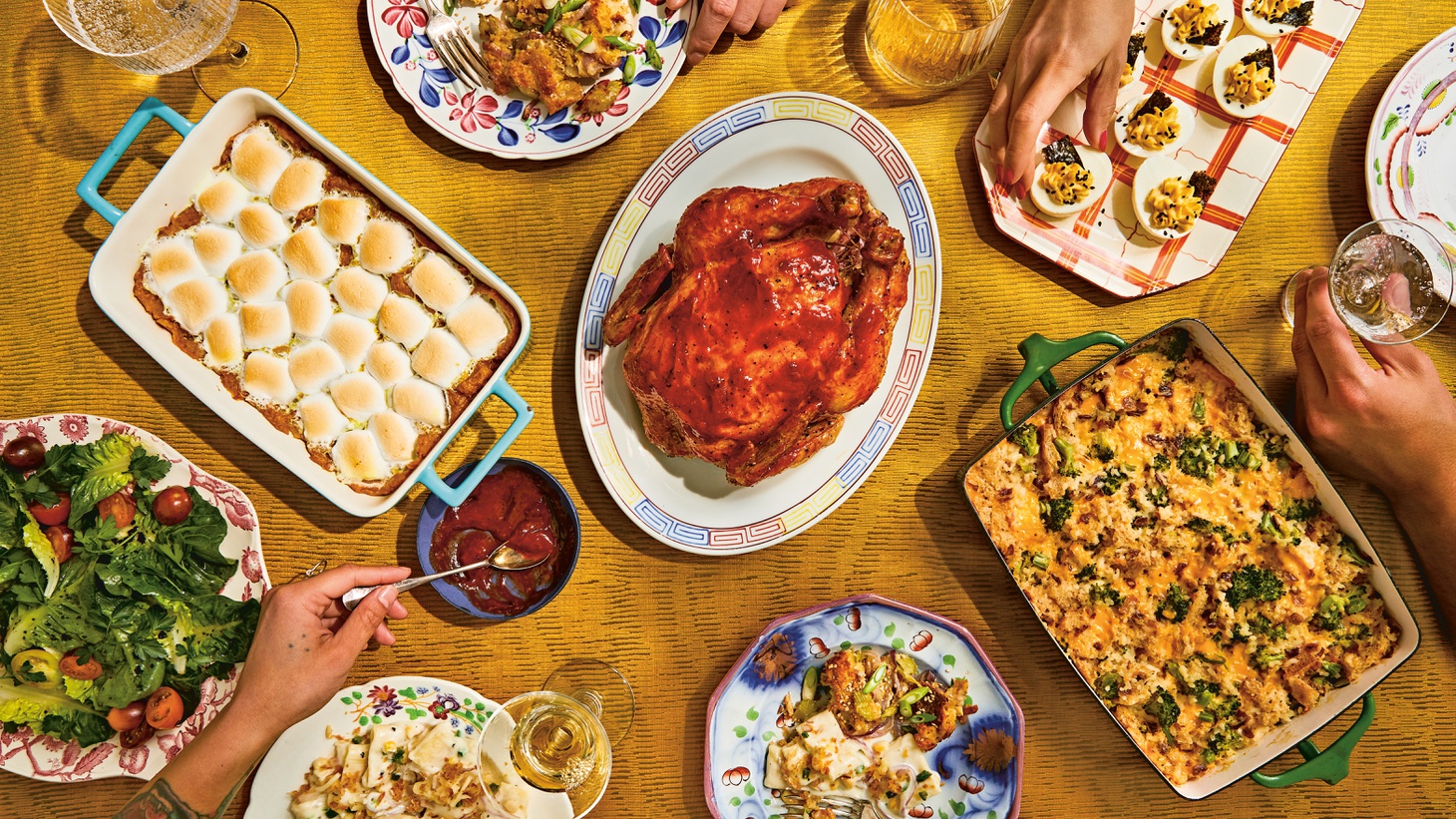 For his first cookbook, New York Times food writer Eric Kim moved back to his childhood home in Atlanta to learn the techniques and secrets behind his mother’s best recipes. Those recipes and the family stories that inspired them make up the bulk of Kim’s new cookbook – “Korean American: Food That Tastes Like Home.” Photo by Penguin Random House.

“Korean American: Food That Tastes Like Home” is a new cookbook from Eric Kim, a New York Times food writer. When he set out to write it, he left NYC and moved back to his childhood home in suburban Atlanta to study by his mother, Jean. He stayed there for nearly a year because of the pandemic and because he found his homecoming cathartic and inspiring. He learned the recipes his mother cooked for him as a kid, developed new ones with her, and cemented his own voice as a Korean American in and out of the kitchen.

Kim tells Press Play that his mom is feisty, strong-willed, and must have her way. “She's the one that everyone listens to in the house … like my dad and my brother. We all bow down to her. She's the keeper of the home and the hearth for sure.”

The book begins with a story about Kim, age 17 at the time, running away from home and going to his cousin’s house in Nashville, where he got his “first taste of freedom.” That was because he butted heads with Jean while growing up.

“There was a lot of tension and a lot of things I wasn't allowed to do. So I think running away has always been my way of pushing her buttons, and seeing how far I can let her just finally say, ‘Okay, okay, let me at least teach you and show you how to do this [cook].’ 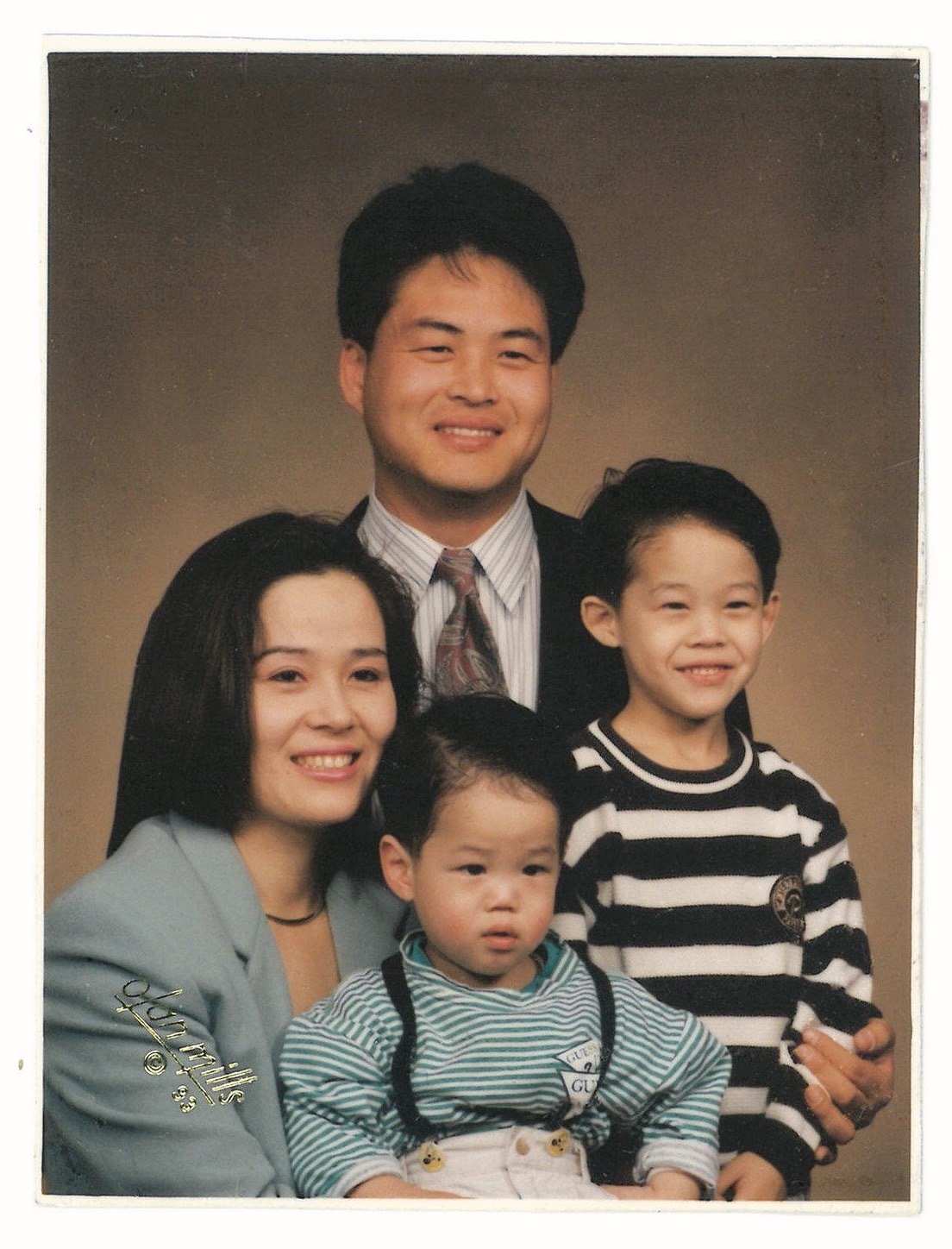 “Korean American” author Eric Kim is held by his mom in a family photo. Kim says after years trying to run away from who he was, only now as an adult is he starting to find his way back home to Atlanta, his family, and his identity as a Korean American. Photo by Penguin Random House.

The book wraps up with Kim at age 30, and he says he wants readers to see what he learned since he was a late teen.

He also wants people to not be intimidated by Korean recipes.

“Learning from home cooks is one way to really nuance your cooking and to really find not just joy, but also incredible secrets, like my mom, the way she cooks certain things. No one else does it like her. And it's because she didn't learn it from a book,” Kim explains. “She just learned it from real life. … That's the kind of cooking that I'm really interested in writing about. It's in the ordinary that you find real nuance.”

Through the book, Kim’s mom also made discoveries and took up new techniques, like perfecting proportions and substituting ingredients.

“There are steps that I encourage people to skip. And that's … very satisfying to do as a recipe developer. …  I think it really opens up people's cooking. … That's a lot of what the book is — it's just my mother and I doing whatever the heck we want, and defying things that maybe seem ‘traditional,’ and saying instead, ‘Well, we're Korean, and we do this, so it's still Korean, and no one can tell us it's not.’” 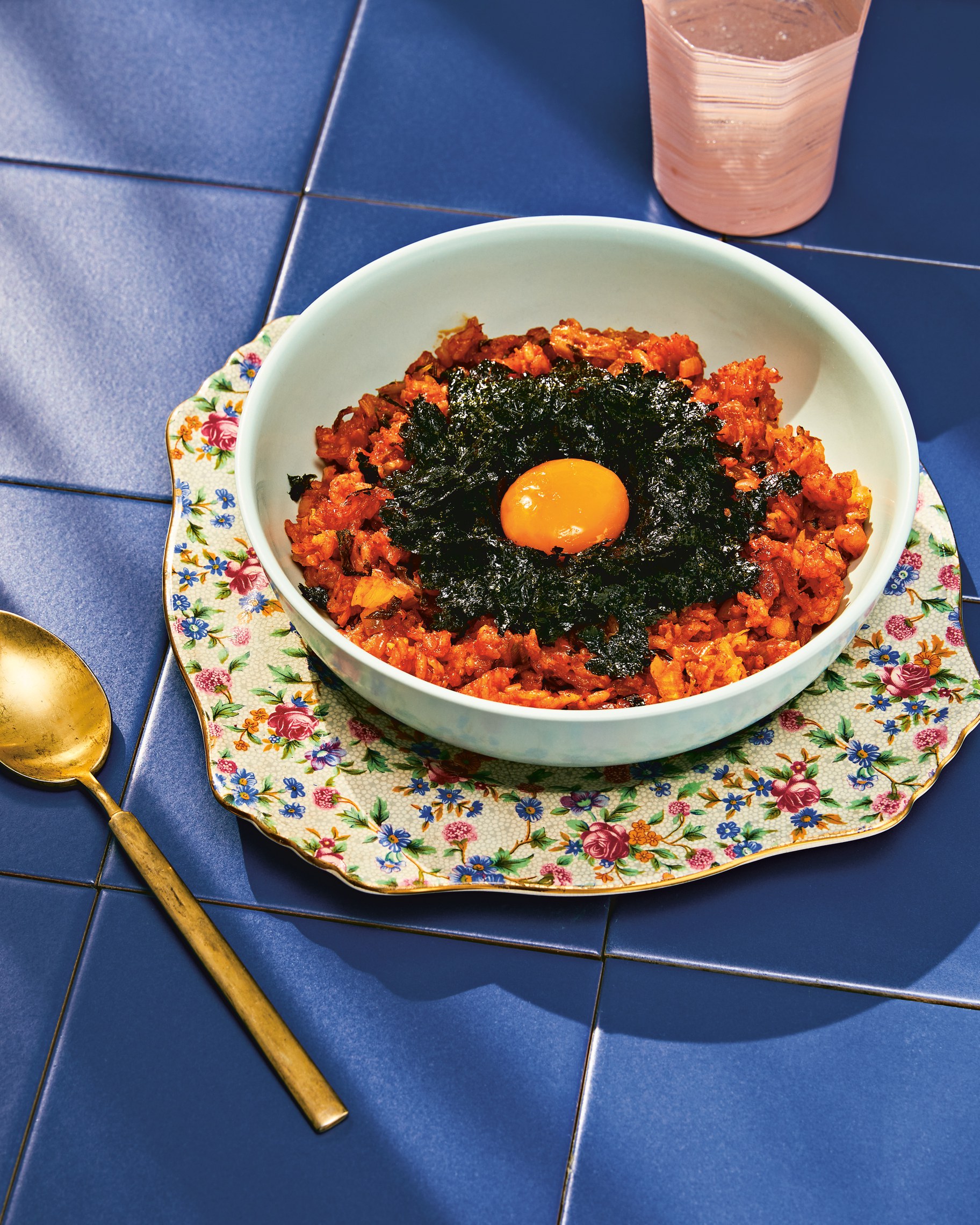 In his book, “Korean American,” Kim writes about how coming up with his own recipe for kimchi fried rice was an important step in his journey as a cook. “Developing my own kimchi fried rice felt essential if I was to break free from this anxiety I harbor of not living up to [my mom’s] legacy and her expertise as a Korean cook, but also of wanting to find my own voice in the kitchen,” Kim says. Photo by Penguin Random House.

It helps with fried rice dishes to have a mise en place: meaning to have prepped and measured out all the ingredients before you start cooking. Because once you start, it all comes together very quickly. The one thing you don’t want to do is burn the gochugaru or the kimchi, which is how you lose the bright red flavor that’s characteristic of kimchi fried rice. I actually like the taste of the raw kimchi juice and all its red-peppery glory here; it’s what makes this dish taste, as my dad said, “like fire.”