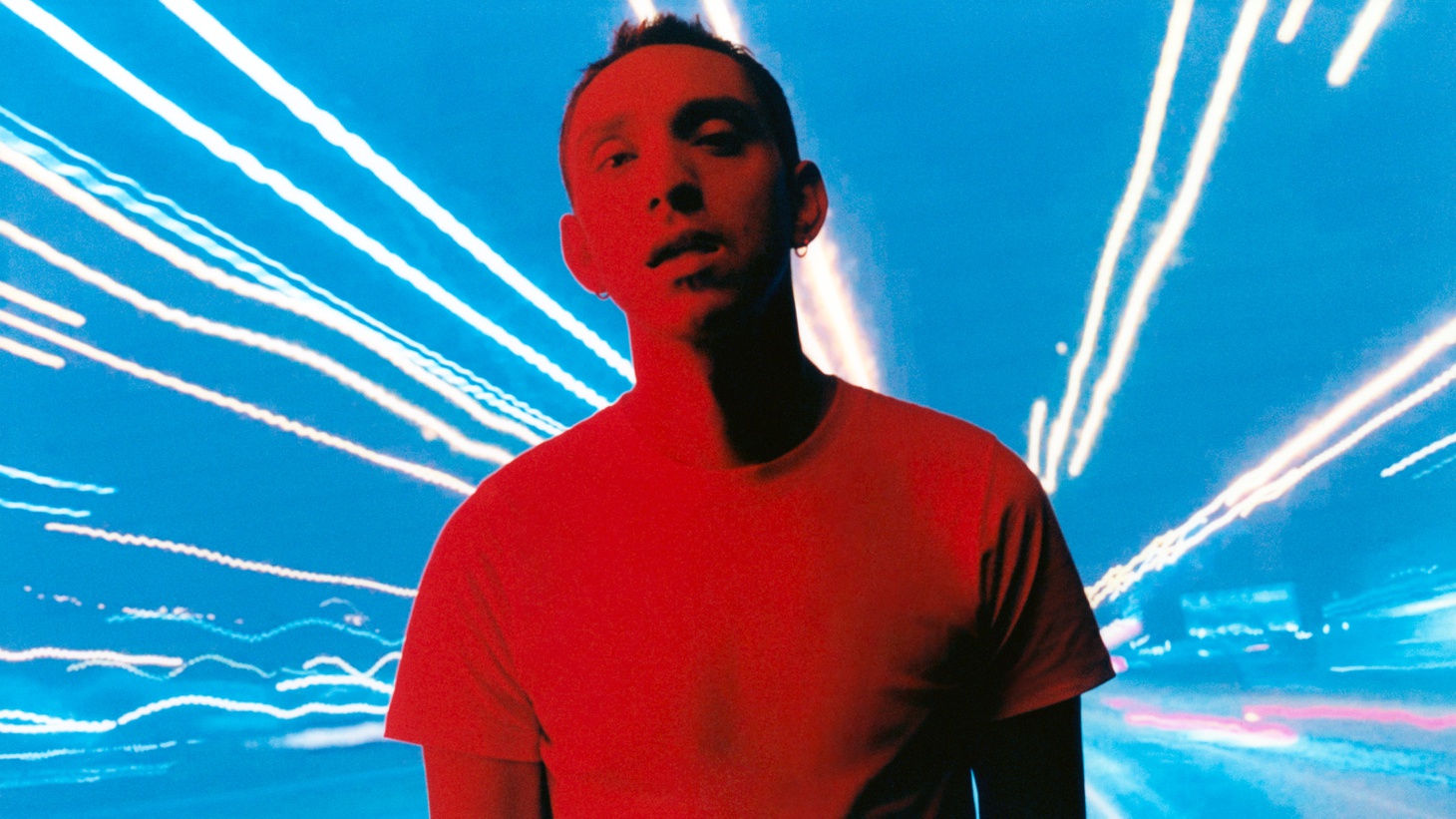 “Songwriting’s only a conversation with myself. There's no back and forth there. I don't have to be in the room when somebody listens to this. … I don't have to make eye contact, which can be the scariest thing of all,” says Oliver Sim. Photo by Laura Coulson.

Fifteen years after releasing a critically acclaimed album with The XX, indie-rock musician Oliver Sim is out with “Hideous Bastard,” his first solo — and deeply personal — album. He sings about being queer and HIV positive – while fighting the shame attached to that. He’s also made a short horror film, “Hideous,” to go with the album.

He tells Press Play that when writing songs on “Hideous Bastard,” he had no idea who he was — apart from being one-third of The XX since he was 15 years old.

“This record has just been a ton of questions for myself and trying to figure that out, and I feel like I have a better idea. … I've definitely found a lot of confidence.”

The song “Run the Credits” is an homage to horror, Sim says.

“I grew up loving horror films, which doesn't necessarily make sense on paper because I've always been quite a fearful person. But horror … never really scared me. … What keeps me up at night isn't necessarily monsters or ghouls or ghosts. It's things maybe a bit closer to home, like relationships or rejection.”

Horror also has some of the best film characters, he points out.

“As a little gay kid, they were the characters that were being chased out of town or cast out of society for being different in some way. But they were also fun, and they were allowing themselves to be angry and take revenge. It was really exciting to me.”

In the short companion film “Hideous,” Sim shares that he’s obsessed with female rage, particularly Sigourney Weaver in “Alien” and Jamie Lee Curtis in “Halloween.” The women were feminine and beautiful but allowed themselves to be angry — attributes that he wanted for himself.

“Seeing them on a screen and being celebrated was like a real empowering thing for me. They were who I wanted to be.”

He says although he felt safe at home, he was afraid of the outside world — people at school and on the streets who might not receive him well.

At age 16, Sim decided to come out, partly because his bandmate Romy Madley Croft did it first and set that groundwork, he shares.

In the title track “Hideous,” Sim sings about living with HIV since age 17.

He explains that it’s easier to be honest in songwriting than day-to-day conversations.

“Songwriting is only a conversation with myself. There's no back and forth there. I don't have to be in the room when somebody listens to this. … I don't have to make eye contact, which can be the scariest thing of all.”

Before releasing the track, his mom encouraged him to talk to people about HIV, and he says those conversations were heavy and uncomfortable at first, but each successive one became lighter. Thus, when the song came out, it didn’t feel like a dramatic reveal.

Ultimately, this album has been a celebratory one, he says. “Shame, for me, has been about secrecy and hiding. And the whole process of making this music has been the opposite of that. So I see it as quite joyous.”