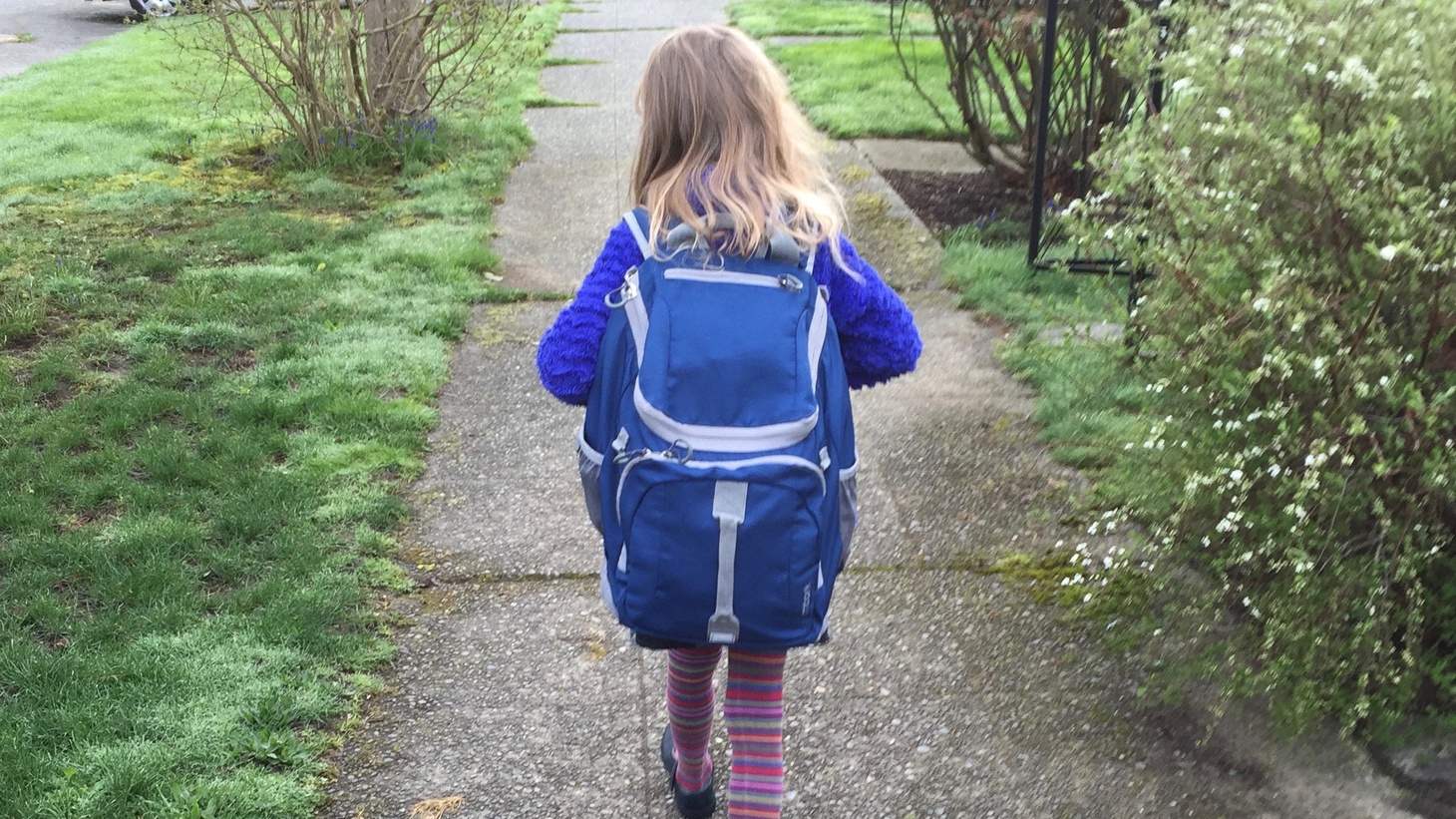 “A lot of parents still are really, really scared that there isn't a future for their transgender children and I couldn't disagree more. My child is almost 14 now. She's having a fantastic, typically stormy adolescence in all the good ways that you would expect, and anticipating a really bright future,” says Marlo Mack, whose daughter is the subject of her new memoir. Photo by Marlo Mack.

“Mama, something went wrong in your tummy. I came out a boy instead of a girl.” That’s what Marlo Mack’s 3-year-old told her a decade ago. Mack’s child loved fairies, playing with princess toys, and wearing puff-sleeved floral party dresses. Mack started a long journey where she questioned her parenting and her child’s happiness, and whether the world would welcome someone who clearly knew they were transgender before they could spell their own name.

Mack chronicles this story in a podcast, and now she’s expanded it into a book. It’s called “How To Be A Girl: A Mother’s Memoir of Raising Her Transgender Daughter.”

Mack uses pseudonyms for herself and her daughter, who she refers to as “M.” That’s because she wants M to be able to decide — when she’s older — whether to disclose her trans identity publicly.

“For our family, it was the right choice. I think for every transgender person, it's a completely personal individual decision if they want to share that information with other people,” Mack tells KCRW. “It's certainly nobody else's right to have that information. It's a privilege to get to know that about somebody.”

As soon as M was able to crawl, Mack says her daughter would gravitate toward the girls' section at stores for toys and clothes. Right away, Mack says she made it clear to M that she would support her in being “any kind of boy he wanted to be — the pinkest, prettiest boy on the planet.”

But soon, Mack says she realized M wasn’t going through just a phase.

“It's hard to understand if you don't have a kid like this. … I'd have a lot of people say, ‘Oh yeah, my son went through a pink phase too. … My son also likes to wear his big sister’s princess dresses.’” But there was an intensity to it that is hard to understand if you're not actually a parent of this child and seeing the desperation behind it — to be seen accurately. And when they're not seen accurately, they're really sad.”

Mack admits she was terrified when finally coming to terms that her daughter might be trans, and her only references about trans people came from salacious reality shows like “Jerry Springer,” or tragic storylines on popular TV shows.

“There was no example that I could point to that I had experienced of a happy future as a transgender person. And I think a lot of parents still are really, really scared that there isn't a future for their transgender children, and I couldn't disagree more,” Mack says. “My child is almost 14 now. She's having a fantastic, typically stormy adolescence in all the good ways that you would expect, and anticipating a really bright future.”

Mack recalls one particular day when she sat M down on the couch after school and asked if she still wanted to be a girl.

“My kiddo said, ‘I don't still want to be a girl. I am a girl.’ And to me that spoke volumes about what this is. This is not a choice. This is not a whim. Transgender people are who they say they are. I've seen it in a very small child. So from that moment on, it was ‘she.’ And I certainly made mistakes. I would forget, but it's been ‘she’ ever since.”

“We just give kids so little latitude, especially boys, to express their gender and have the full range of emotions and fashion choices,” Mack explains. “What I've learned about gender is that it's far richer and more complicated and elusive than any of us could sum up. … The most important thing to know about gender — it matters to each of us … it really does harm to people when we don't acknowledge and see people for who they are.”

Safety and the risk of disclosure

“The threats of violence against transgender girls and women are absolutely real,” says Mack. “So I am always walking a line between how much do I tell her without scaring her? How much does she need to know in order to keep her safe?”

Despite their concerns, Mack says M does share her trans identity with trusted friends and asks them to keep it private.

Unfortunately, Mack says she’s dealt with other parents from school who feel like they have the right to know about M’s identity. It’s an affront that she can’t make sense of.

“When we get right down to it, what are we actually asking? We're asking that we have the right to know what someone looks like under their clothes, or what particular anatomy they may have or were born with. … And in any other area of our lives, we wouldn't say, ‘Oh, I have a right to know your child's private medical history.’”

Some parents get upset about having to talk to their children about what it means to be transgender. But Mack says she’s glad it pushes conversations about gender and expression.

“I hope we're all talking to our children about this. I hope all our children are getting the full range of names for things. Some people are born with this anatomy, but they identify this way. Some people are born this way, but they identify with neither gender. And what a gift to all of our kids to say, ‘These people exist and your best friend might be that and you could support them. Or maybe you're that way, and I'll support you.’”

She adds that parents may shy away from discussing gender because they worry it might make someone transgender.

“I think it's really funny because we don't do that with other things. … Telling your child that gay people exist or that left-handed people exist is not going to make them gay or left-handed,” she explains. “A lot of people I think fear this kind of contagion or this idea that if we hand children language, it will make them change who they are, which is absurd when you pick it apart.”

By using pseudonyms in her book and podcast, Mack says she’s hoping to normalize the existence and experience of trans kids and their families, while still protecting her loved ones. She notes that she's thankful for the visible trans people in the media who can be role models for M.

“We have ourselves relied heavily on other people being really open in the media, and actually putting a face on the issue. And I'm so grateful for those families. And I know a lot of them have really paid a high price for it, in terms of harassment and online trolls, and really scary threats. … They're pioneers. They're stepping into a place where they're taking a lot of heat.”

When she was younger, Mack told M in passing that she might grow a beard like her dad, causing emotional distress at the time. Mack told her that someday she might be able to use hormone blockers to prevent that from happening. For years, M would check in, asking when it was time for “the medicine.”

After a conversation with her doctor, M started using hormone blockers at age 13, which stops the development of secondary sex characteristics like facial hair growth and a deep voice. They are safe to use, and if no longer taken, would eventually trigger male puberty, Mack explains. Some cisgender kids even use the medication for precocious puberty, the process in which puberty starts too early.

As M explains it, using hormone blockers is simply her way of being her truest self and fulfilling her future as a woman.

Although there are stories about trans kids changing their minds about their identities, Mack suggests she doesn't worry much about that.

“These kids, when they really are insistent, persistent, and consistent over time about their gender identity, those kids are not likely to change their mind. And a child like mine is virtually unheard of. The only ones that … ‘change their mind’ are usually doing it to save their own necks, or they're being bullied too badly, or their parents are not onboard.”