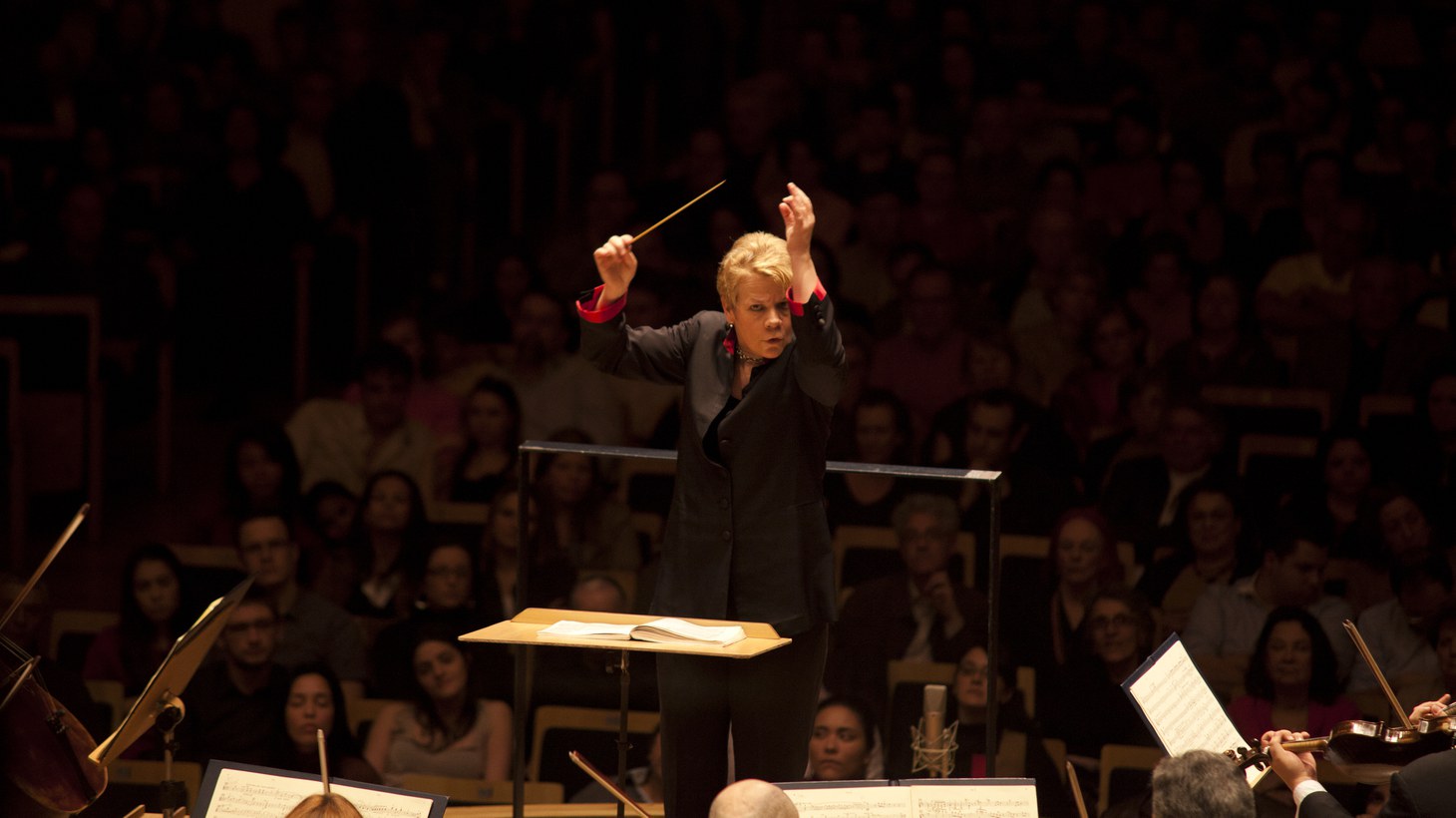 When Marin Alsop was just a child, she saw a concert conducted by Leonard Bernstein and was inspired to become a conductor herself. She eventually became the first woman to head a major American orchestra. Credit: Cargo Film & Releasing.

America’s top orchestras had no female conductors — until Marin Alsop led the Baltimore Symphony Orchestra in 2007. She stepped down last June, and now a new documentary called “The Conductor” tells her story.

“It's always struck me as a very, very shallow way to look at someone you know because of their gender or skin color,” Alsop says. “People need to be looked at for, I think, their accomplishments, their talent, their hard work, their achievements. And those are things that can be measured. You can't measure people by a roll of the dice that they had at birth.”

Alsop says the disparity between male and female conductors was habitual. People were used to seeing male conductors and it became “a vicious cycle.”

“If you don't see any women in these roles, then people aren't comfortable with women in those roles,” Alsop says.

She emphasized that there needed to be more than just one woman and a woman of different nationalities leading that position to break the mold.

“I think we're a long way from that still,” she says.

Gaining inspiration and learning the ropes

Alsop worked with her idol Leonard Bernstein before she led the Baltimore Symphony Orchestra.

She first saw him conduct when she was 9 and was captivated by his message. It felt personal, even though she knew he was addressing the entire audience.

Bernstein became her mentor. Alsop acknowledged his effort to create more opportunities for women, but he also had to consider the possible judgement of breaking social norms.

“I understood that he valued me not as a woman conductor, but as a talented young conductor — period. … It was in the realm of … something that I just happened to be,” Alsop says. “He was trying to come to terms with it. He never judged me based on that. Never.”

German composer Johanne Brahms was the first composer Alsop remembers hearing. She was 12 when she first heard his music, which turned on the waterworks.

“I understood that music could take us on an emotional journey that words really couldn't,” says Alsop, whose parents are both musicians.

Educating the next generation

Alsop is now teaching conducting. Her students have the desire and passion to be on the podium. Their diverse experiences inspire her to continue.

“It's really a metaphor for who the student is,” Alsop says. “It's the person you are, it's about motivating people, it's about enabling great artists to be the best they can be. That's what a great conductor is.”

Alsop still has ties with the Baltimore Symphony, but she says she stepped down as commitments piled up on her plate. She wanted to focus more on her work in Europe as the chief conductor of the Vienna Radio Symphony Orchestra, and with the Chicago Symphony at the Ravinia Festival.

“It grew over the 12 years now to over 2000 kids in Baltimore … playing musical instruments, traveling the world, playing in orchestras, playing in jazz bands, playing in chamber music, playing in bucket band, and really using music as a vehicle to envision themselves doing anything they feel like doing in life,” Alsop says. “It's been very empowering and very inspiring.”