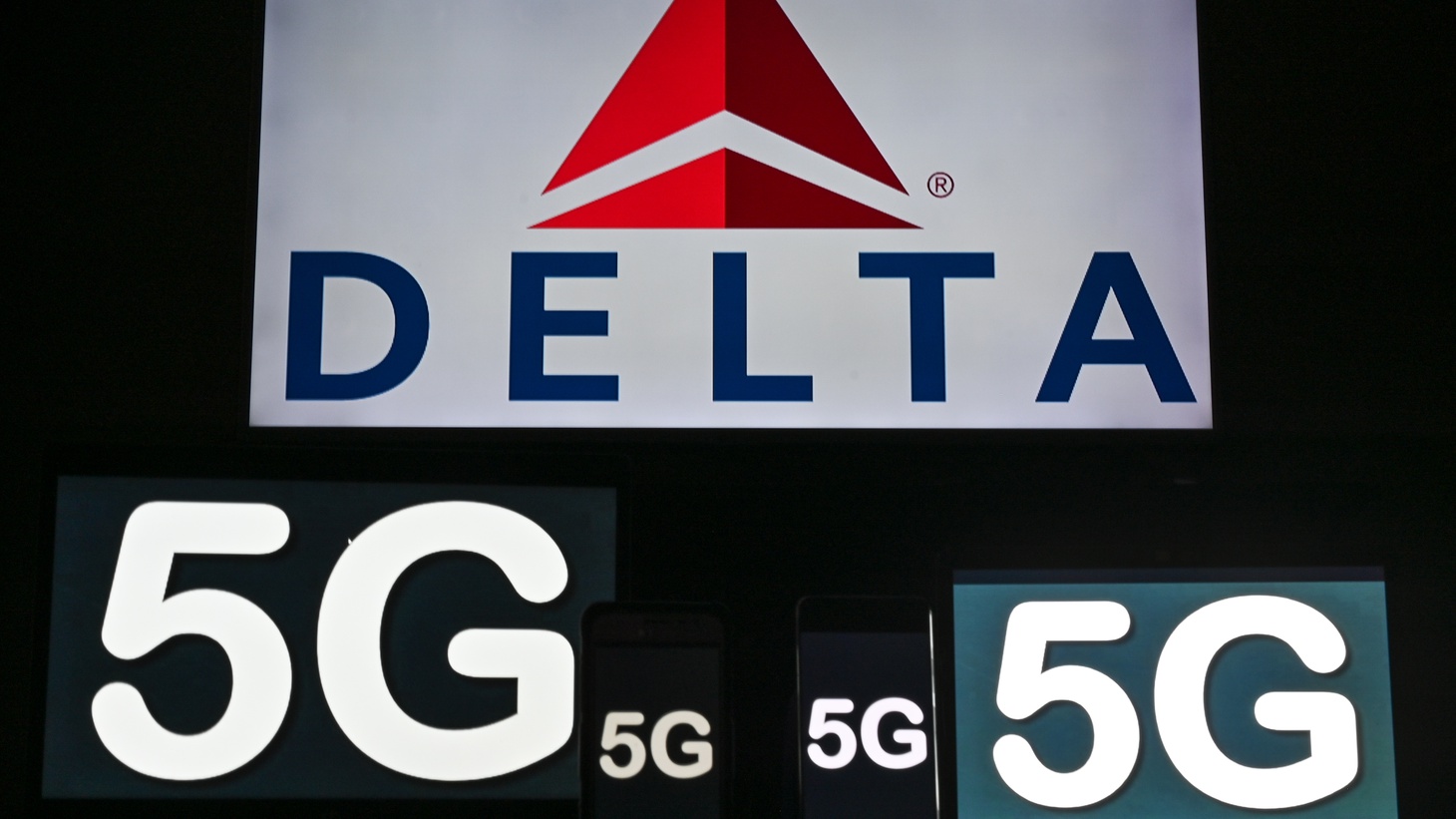 The 5G sign is displayed on screens of mobile phones and computers in front of the Delta Airlines logo. Photo by Artur Widak/NurPhoto.

After years of cell phone commercials promoting super-fast phone service, 5G has finally arrived. Today, both AT&T and Verizon flipped the technological switch to bring 5G service to millions of cellphones in select American cities. But if you live within two miles of an airport, like LAX, you’re stuck with 4G. That’s because the two telecommunications companies agreed to delay the rollout over concerns it could disrupt airplane safety equipment. As a result, airlines have warned of mass flight cancellations.

“These cell phone companies spent almost $100 billion just for the rights to use these signals. So a lot of their investment is riding on making this technology available,” says Drew FitzGerald, telecom reporter for the Wall Street Journal. “But there was a miscommunication. And the concerns that the FAA had over its impact on aviation weren't coming to the surface and weren't really addressed until really in the past few weeks in a very public messy way.”

This is all a debate around the nitty-gritty details of engineering, he explains. The issue is about signals from cell towers, not the phones themselves. The FAA and some officials are concerned that AT&T and Verizon plan to use signals that are too close to signals used by radar altimeters, which are devices that tell aircraft how close to the ground they are. That communication prevents planes from crashing.

He says the Federal Communications Commission has reviewed the data and found no risk to safety, but that wasn’t enough to satisfy the Federal Aviation Administration.

Japan and some European countries were already using 5G, but the issues facing the U.S. are complicated due to particular signal frequencies, and it might result in the replacement of the altimeters. He says the long-term solution could be replacing gear in airplanes and helicopters, which would take years.

An estimated 90 million Americans own 5G-capable phones and they could soon start experiencing faster speeds. Owners of older phones are limited to 4G speeds. And although faster speeds may be more attractive, FitzGerald says don’t upgrade just for 5G because it won’t change the apps and services people use daily.