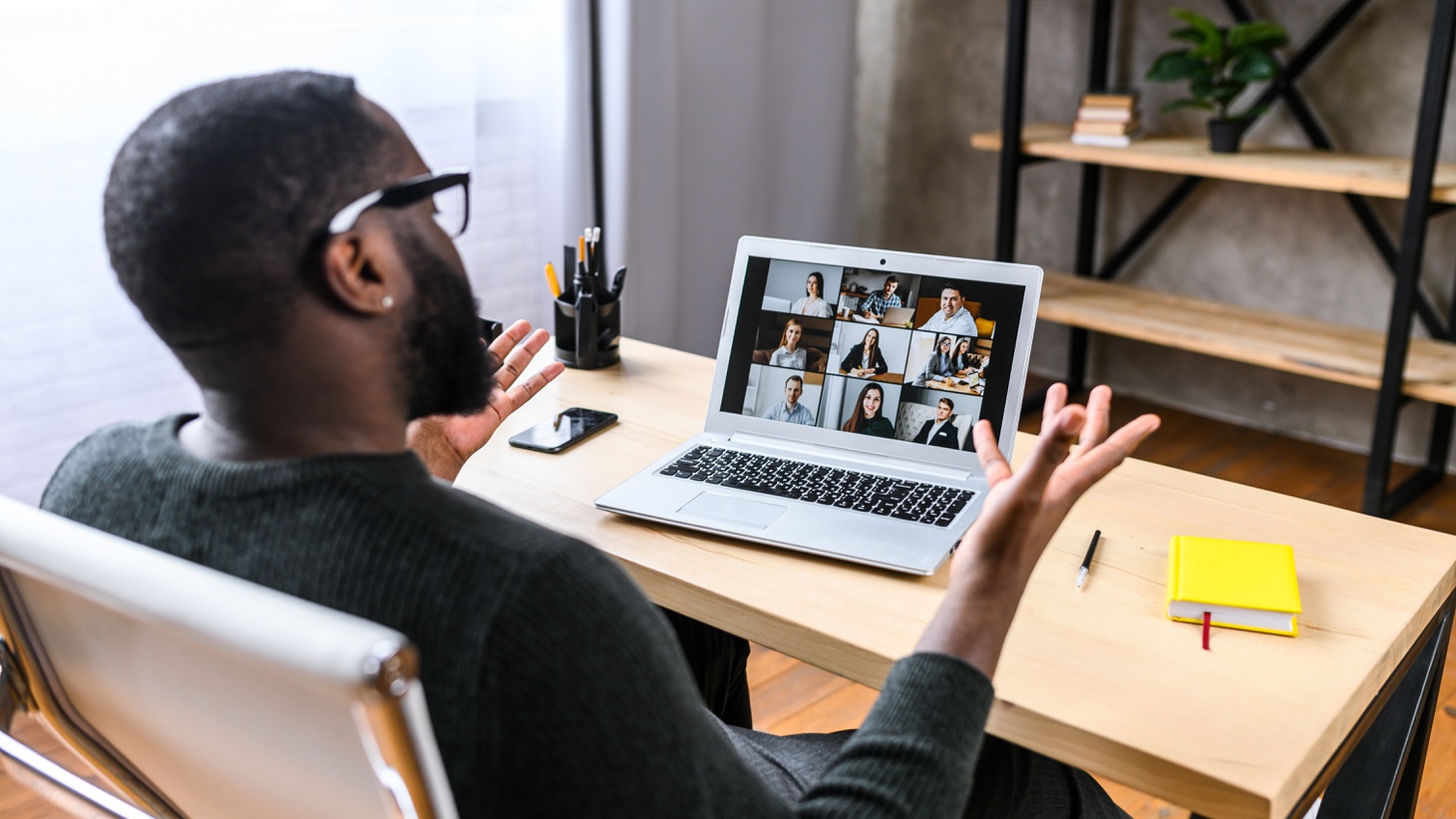 “After years and years of exploitation in the labor force … it's now required that you subsume yourself for the good of your company, and the person who's willing to sacrifice the most … is rewarded. … That's the part that has gotten completely out of control,” says Charlie Warzel, co-author of “Out of Office: The Big Problem and Bigger Promise of Working from Home.” Photo by Shutterstock.

A lot of people expected to head back to the office full-time this January. Omicron upended that, indefinitely pushing back many companies’ plans to resume in-person work.

For employees with the luxury of working from home (WFH) for nearly two years now, the pandemic has reshaped how we think about our jobs. That includes where, how, and why we do them — and how much of our identities we forge through our careers.

That reassessment led many people to quit their jobs, even without anything else lined up. The trend is called “The Great Resignation.” It’s one of the themes of a new book by Anne Helen Petersen and Charlie Warzel titled “Out of Office: The Big Problem and Bigger Promise of Working from Home.”

The co-authors are partners who relocated from New York City to Montana in 2017, then to the Pacific Northwest. Prior to the move, Warzel had never worked from home before.

“I was really terrified of the fact that I was going to lose a step not being in the office, or that my work was going to be less visible or legible to my bosses, and that they would call me back because I wouldn't be doing as good of a job,” he recalls. “So in order to protect this privilege of working outside of the office, I worked constantly, and I completely destroyed any shred of work-life balance that was left.”

He continues, “But at the same time, removing myself geographically from the office really helped me see just how much of a load-bearing role work was playing in my identity, and in our lives and our social lives, and the ways in which we become much more one dimensional as human beings [that] I think either of us wanted to be. And I think we realized that something fundamental had to change.”

Petersen had more experience telecommuting. She explains that as a former academic, she thought she needed to constantly work in order to keep her job, and the main issue was taking back her life and sense of self beyond work.

For centuries, the country has viewed work as a moral good, and Petersen says the basic premise of U.S. identity means a whole swatch of society — those who have disabilities — are not valued.

“And if you say to someone, ‘Do you not value disabled people?’ They'd say, ‘No, of course.’ But we bring out the specter of this lazy person who somehow just shirks work all the time, and all they want to do is just lie around. … We use it as this motivator of some sort of moral decline that will happen to you if you don't make your identity into your job. But there's something really liberating about changing.”

One change Warzel made: Exercise in the middle of the day. He says he was guilty about it, feeling like he was playing hooky, though he worked 14-hour days and on weekends.

He says the American mindset has gone beyond valuing industrious employees. “After years and years of exploitation in the labor force … it's now required that you subsume yourself for the good of your company, and the person who's willing to sacrifice the most, like who's willing to take the least amount of time during the year off, and the person who does that is rewarded. … That's the part that has gotten completely out of control.”

When a company is inflexible toward change, Petersen says workers should band together to establish labor protections and push back.

Warzel points out that everyone works differently, and companies must listen to their employees and develop environments where they can thrive.

He says that many companies will ultimately adopt a hybrid system — some days in the office, some days at home — though it’s the toughest setup to pull off.

“There, you have a lot of decisions to make in terms of how you level the playing field for people who are in the office less versus the people who get a little more face time with managers. And I think you're going to have to reconstruct a lot of spaces and say, ‘Okay, what does an office look like when it's mostly just used for collaborative, episodic brainstorming and collegial interfacing?’ … Companies who are going to do this right are going to hire a head of remote work, or somebody who's dedicated just towards this.”

However, certain job positions require being in the office more than others, such as managers and information technology (IT) team members. Petersen says this is where it’s important to adopt regulations and policies — such as hazard pay — to ensure that “essential workers” are actually valued and protected.

Rare: Enough time for yourself and loving your job

She says she doesn’t know anyone right now who would say, “I love my job, I’m so lucky, I have fulfilling and exciting work, and I’m excited to get up and do it each morning.” That’s especially the case amid the combination of economic precarity, fear of COVID, and how work has slipped outside of traditional hours.

And if you indeed have a job you love, Warzel points out, there’s a feeling of having to protect it with everything possible, which leads people to go overboard.

Petersen adds, “People who … came into their jobs during or immediately after the Great Recession have this feeling that if we put our foot off the gas for even one second, everything will fall apart. And that leads to really bad work habits, and also a willingness to be exploited or to be poorly treated or underpaid just because you're doing a job that other people think is cool.”

“Freedom to work whenever you want is freedom to work all the time, and also without any of the safety nets that accompany full-time employment,” Petersen says. “And I think that as we're increasingly moving towards that model in this country of more episodic gig employment, we have to think about the policy changes that need to happen in order to provide those safety nets that were historically provided by organizations and employers, and especially health care.”