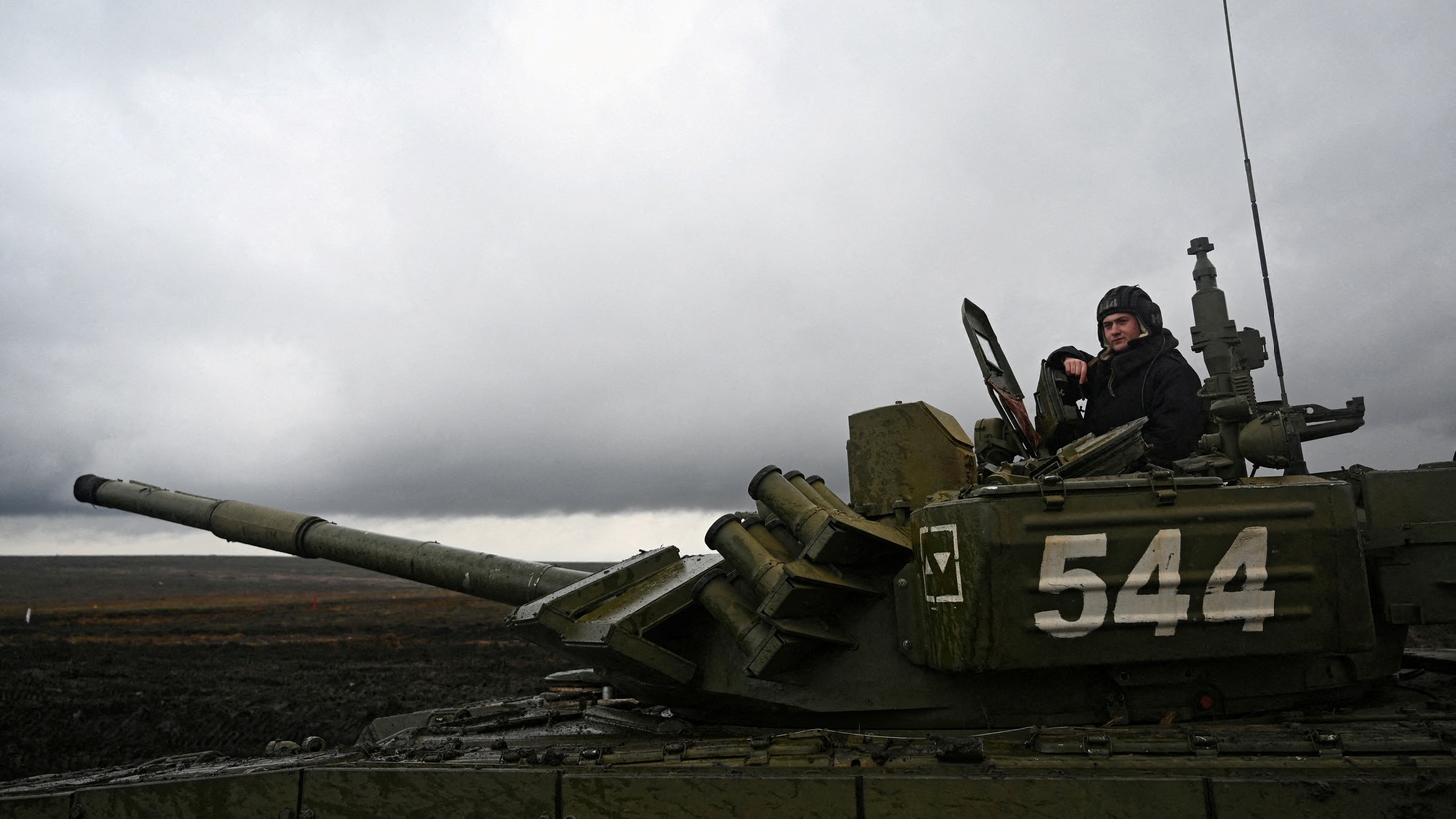 A Russian service member is seen atop a T-72B3 main battle tank during military drills at the Kadamovsky range in the Rostov region, Russia, December 20, 2021. Photo by REUTERS/Sergey Pivovarov/File Photo.

U.S. Secretary of State Anthony Blinken visited the Ukrainian capital of Kyiv today, ahead of talks later this week with Russia’s foreign minister. The threat of war looms along the Russian-Ukrainian border, as Russian President Vladimir Putin continues to escalate his threat to invade Ukraine again. It’s still not clear what Putin’s end goal is, but nearly 100,000 Russian troops are at the border, and he plans to send others into neighboring country Belarus for joint military drills. The White House says Russia could attack the country at any point.